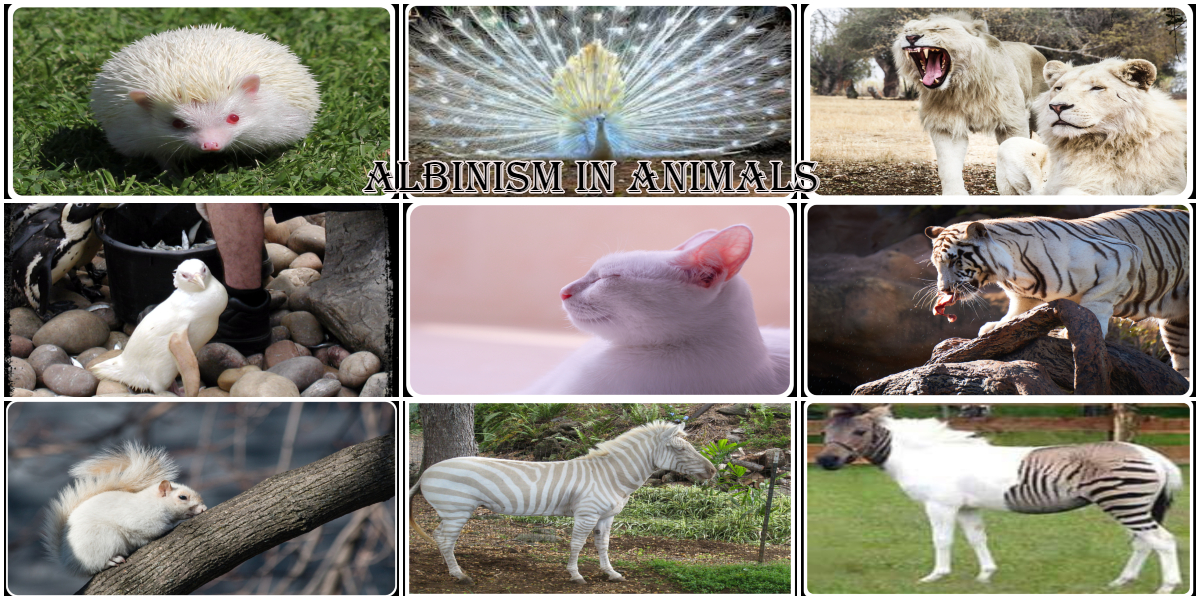 Did you know that albinism can be experienced in Animals too?

Albinism is a birth defect condition that results in the partial or complete absence of coloring pigment (tyrosinase – this is an enzyme vital in melanin production) in the skin, hair, and eyes.
Albinism is an inherited condition. It’s transferred to a species through the inherited recessive genes alleles. This condition affects all vertebrates, both humans and animals. Technically, and species that have a backbone.

Albinism can be divided into two groups:

Note: The sure albinism test in animals is characterized by the light blue or pink eyes.

Problems faced by animals with albinism

⦁ They are not able to camouflage hence easily spotted by both their
and prey.
⦁ Sensitive skins.
⦁ Poor visual abilities are hence vulnerable to hunger and danger.
⦁ Sunlight causes an unfavorable environment for them.
⦁ Some species may experience neurological problems. This commonly observed in the white mice.
⦁ Species that rely on coloration while mating is unable to attract mates.
⦁ They have a poor immune system. This is due to poor development due to the missing melanin.
⦁ Some cultures believe that they are a source of power or cure. Hence at the risk of being used wrongly. (They were a time when albino humans were hunted for rituals practices.)
⦁ May result in hearing disorders in some species such as mice, cats, and rats.
⦁ They generally have a short life span.

The uniqueness of these animals with albinism

⦁ They are naturally beautiful and attractive.
⦁ They are rare hence precious.
⦁ They are also believed to have good luck.
⦁ Some of the affected species have become adaptive to their environments.
⦁ They offer information for research.
⦁ They are simply amazing.

Examples of animals with albinism

4 thoughts on “Albinism In Animals”