All about Carbon, Tax, Credits, and Dividends. 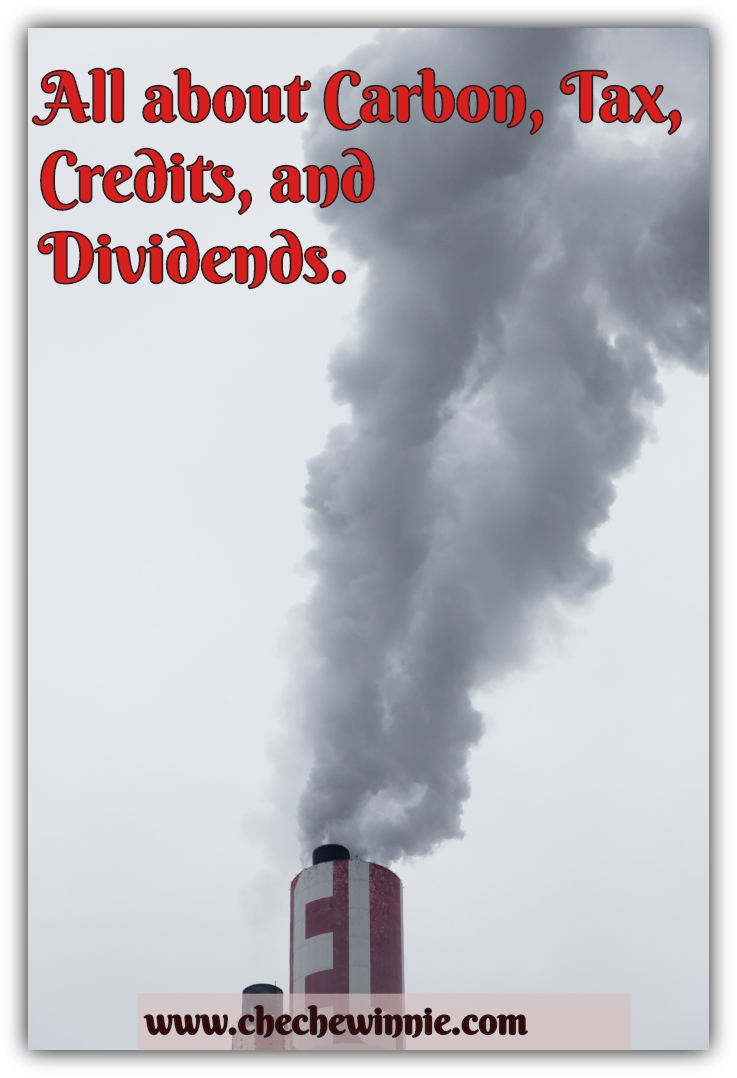 All about Carbon, Tax, Credits and Dividends.

All about Carbon, Tax, Credits, and Dividends. What do we know about terms associated with carbon, in the world of fighting climate change?

Carbon is the greatest contributor to greenhouse gases that promotes climate change.

Is a tax levied on the carbon content of fuels and, like carbon emissions trading, is a form of carbon pricing. Hence a fee based on the amount of carbon emitted while producing, distributing and using fossil fuels.

Encourages people and businesses to reduce their consumption and embrace energy efficiency. As well as allowing people the option of going for alternative clean energy.

Is a permit which allows a country or organization to produce a certain amount of carbon emissions and which can be traded if the full allowance is not used. (The next post will help elaborate more on how it works)

Is a market-based mechanism for reducing the carbon emissions that help to drive anthropogenic climate change. The fee increases progressively as carbon is been emitted, and the revenue collected. Part or whole of it given back to the public as regular energy dividends.

It is expected to help the public shift to a clean and sustainable energy economy.

Four Pillars advocated by The Conservative Case on the Carbon Dividends

Carbon dividends for all – the carbon tax is given back to the community through equal monthly dividends. The Carbon tax will rise, carbon emissions reduction and carbon dividends will grow, the more we protect our climate.

Regulatory rollback – do away with regulations that are no longer needed once the carbon dividends plan is enacted. Hence fewer regulations.

The Climate Domino Effect – The countries who have adopted this plan will tax the imports based on their carbon content, hence encouraging the other country to join the Carbon Dividends.

Which one of the above do you think will effectively help fight climate change? Reduce emission of carbon?

4 thoughts on “All about Carbon, Tax, Credits, and Dividends.”