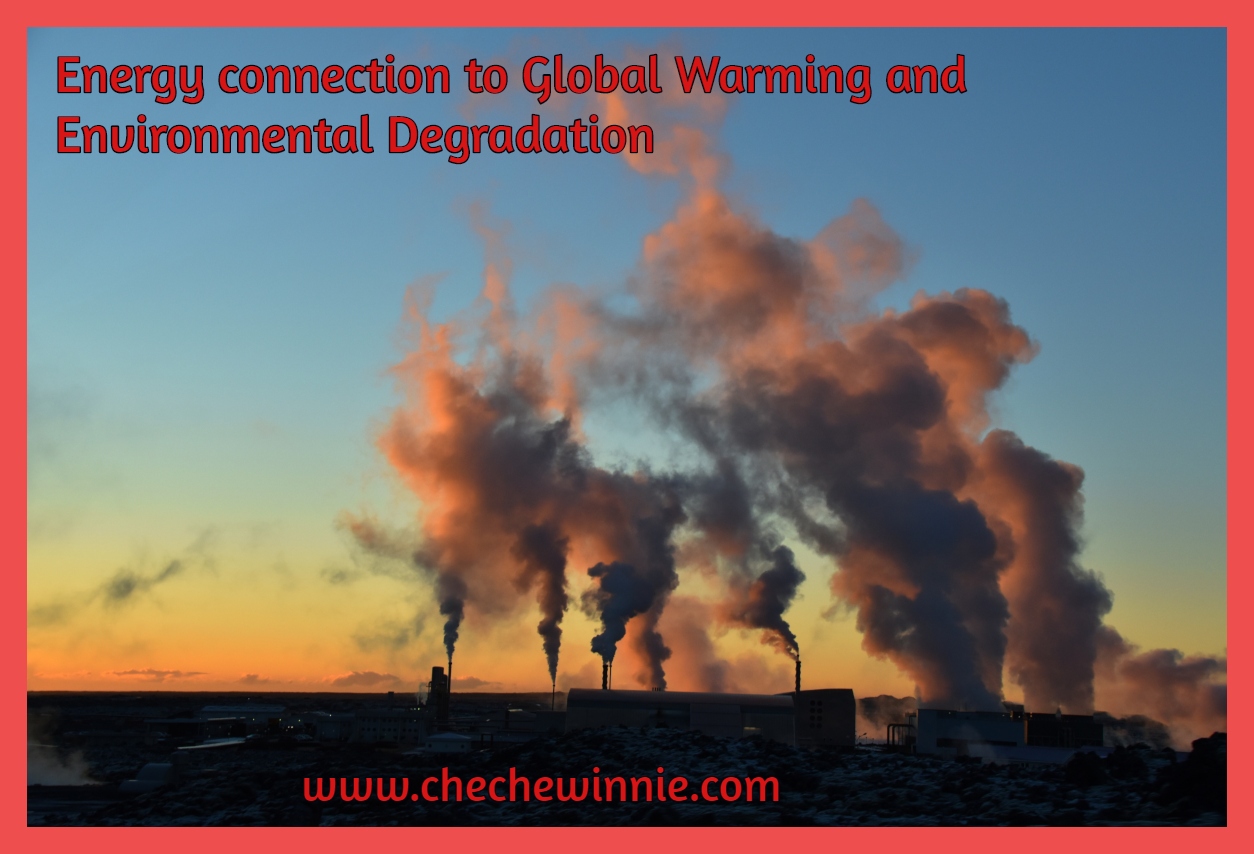 Energy connection to Global Warming and Environmental Degradation. Did you know that 86% of the energy used worldwide is as a result of fossil fuel combustion? It’s also important to note that fossil fuels are one of the primary contributors to climate change.

How does fossil fuels contribute to climate change?

This through its combustion that emits greenhouse gases like the carbon dioxide.

In case you are wondering what these fossil fuels are. They include the

Coal is the killer one

Main reasons why most of the bodies fighting climate change discourages countries against producing their energy from coal. They have also provided all the needed information to support their decision.

Especially when it comes to transport industry.

Everyone nowadays wants to drive themselves as opposed to car pooling or use of public means. If not embrace other means of transport that doesn’t require gas. Like cycling, walking or even running.

It’s funny that someone is willing to wake up and run several miles. But can’t walk to work that may be few blocks away.

We are not conscious of the gases our car emit in the unnecessary trips.

Natural Gas maybe considered as clean, but scientifically speaking, it’s not that clean

Starting with the LPG, the process involved in it then gasifying results of greenhouse gases. And that’s why not that clean.

Other Energy contribution towards global warming and environment degradation.

Energy is the backbone of developments and hence can’t be cut out.

Therefore, it’s the duty of the involved parties to ensure that they adhere to given guidelines. So as to avoid the harsh consequences of climate change and environment degradation.

For this to fully succeed, it need full support from the public, governments, energy companies and international bodies, working together.

They are already existing policies and agreement that work to ensure that we don’t harm our planet. It’s just a matter of everyone playing their part religiously.

9 thoughts on “Energy connection to Global Warming and Environmental Degradation”