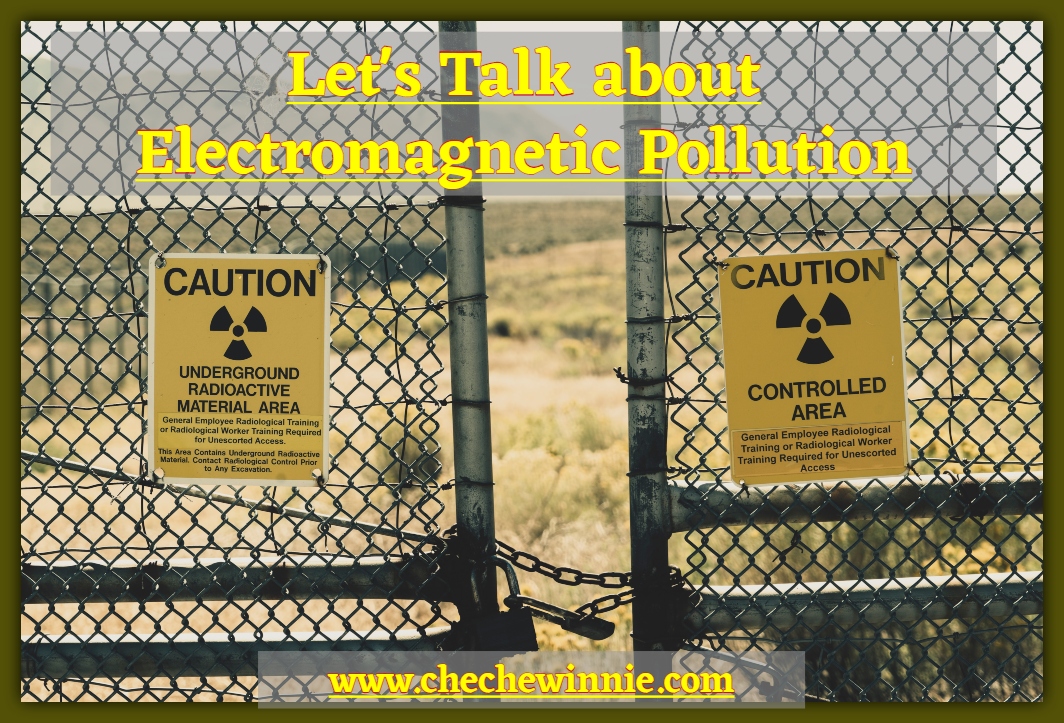 Let’s Talk about Electromagnetic Pollution. The silent killer of our generation especially the little species like an insect. Though we all see it as the key to making our planet, one little village. It helps us communicate, despite the distance between our continents.

The devices contributing to the monster include wireless devices, radio communication, as well as power transmissions. These do include our smartphones, laptops, tablets, microwaves, television sets, radios, power transformers, etc.

Unfortunately, the researches that have been done and shared doesn’t give a clear light on what exactly these electromagnetic fields dancing in our houses and environment.

Our homes are full of devices, we walk with them all over the place. So we are practically inseparable from our devices. They are cool and have been stuffed a lot easier.

Most research has claimed that they don’t have a big effect on living things, except warming up of the tissue that is in touch of these devices while in use.

Now you understand why they tell you not to use your laptop while placing it on your laps, or the important tips of handling radiation emitted by our phones.

What about the huge masts and power transformers being planted in the neighborhood, since it seems we no longer have space in the wilderness.

The radio and tv masts will mostly be found in the highest mountains. The mountains host our wildlife and indigenous plant species. But you know, “humans are the most important species”. Whatever happens to the other species, is not that worrying.

The need for space is pushing us to these areas, so the masts are now close to us than we thought. And the radiation is conveniently being allowed into our systems.

For best phone receptions, our mobile network providers are bringing the masts into the neighborhood. Another weel of radiation into our environment.

Surprisingly, everyone and the authorities involved would like us to believe that we are still safe. And the amount noted of radiation is not convincing enough to cause any problems. The thing is, they don’t deny that we are indeed exposed to radiation from all this stuff. They just give us false hope, to think that we are still in control, and of little harm.

Who are great losers of this pollution?

Sadly, it was a little friend, the insects. We have witnessed mass destruction and the disappearance of our insects. We have all been concentrating on the loss of space as their main threat, and few checked on other threats.

Across the internet, I was able to read of some 5G consequences on the bird, livestock, and other living organisms. The livestock becomes super activity as if they are suffering from a sugar rush. While birds were noticed to be dying. Living organisms departed from areas that had this network in them. Not many of us are giving these findings the seriousness they deserve. We are all after the fastest network we can have.

Radiation effects are felt as per the size of living organisms. That explains why our little friends are losing in these developments. Maybe this explains why we are noted not to be affected by these electromagnetic energies around us.

Not forgetting our collared wildlife. These collars have frequencies that enable the collection of the needed data from the wildlife. So we may be tracking the wildlife while destroying their health. And eventually causing their death. Same results, if they crossed paths with poachers.

Meanwhile, here are some ways I found out that can help reduce your exposure to the radiations

It’s unclear, but some research suggests the possibility of radiation being carcinogenic. And since the possibilities haven’t been disregarded. More research should be done and prevention from radiations made part of our lives.

The ecosystem is only balanced with all living organisms in it, not only humans. No insects, no us. And we have no planet B to start all over again. We have to mend this one and embrace an eco-friendly lifestyle.