The African Buffalo is not an ancestor of domestic cattle 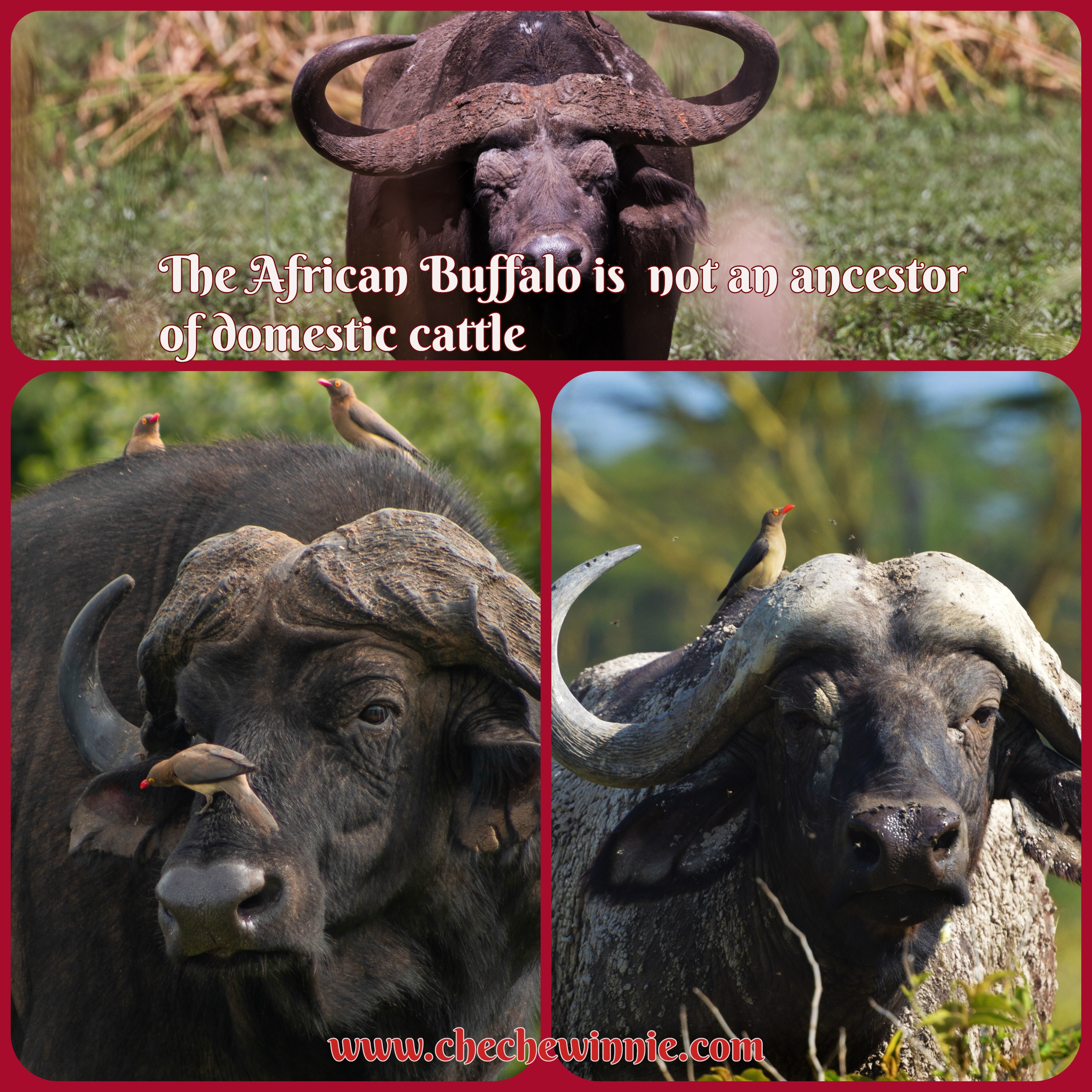 The African Buffalo is not an ancestor of domestic cattle

The African Buffalo is not an ancestor of domestic cattle. We may have been convinced by the several similarities between these two. But they are quite different. Although they are distantly related to the other large bovines.

Growing up neigbouring Nakuru National Park, we could be able to enjoy their view from the other side of the fences. And I remember being told that buffaloes were “wild cows”. I believed so for a good part of my childhood.

They are one of the big five game in Africa and most dangerous herbivore in the wild. They are known of their unpredictability and serveraity of their attack.

Unfortunately, some bush meat poachers tend to ignore such and go ahead to target them for meat. In the process, most ended up losing their lives or getting maimed.

Their aggressiveness have been noted by its predators too. As they have been observed to break their jaws while struggling when being hunted. Predators Include humans, lions as well as large crocodiles. But the new born may be predated on by spotted hyenas, cheetahs and leopards.

They are one of the most sorted species by sport hunters hence at high risk of being overhunted and sadly hunted for sport.

They can be found in swamps, floodplains, forests or even open grasslands. But they like places with dense vegetation cover.

Their way of life

They are social animals that live in groups known as herds. Which is mainly made up of related females, their offsprigs and dominant males. The malesmay also found in bachelor groups.

They are one of the most successful grazers in the wild.

They do have a mob mentality. Hence can explain why they have very few daring predators. They work as a group while dealing with a threat. Whereby the valves are surrounded by the older ones for protection.

They have a special relationship with the oxpeckers who eat flies and ticks off their backs. This helps birds get prey while the buffaloes manage not to get infected by the pests.

African Buffaloes and Humans are enemies to each other

As I had explained earlier, they are one of the targets during sport hunting.

They are believed to kill over 200 people annually.

They mostly dangerous if hurt and abandoned. That’s why we are always advised to stay awy from hurt and lonely buffaloes.

They have been listed as of least concern. Since their population is quiet high and most of them are found within protected areas.