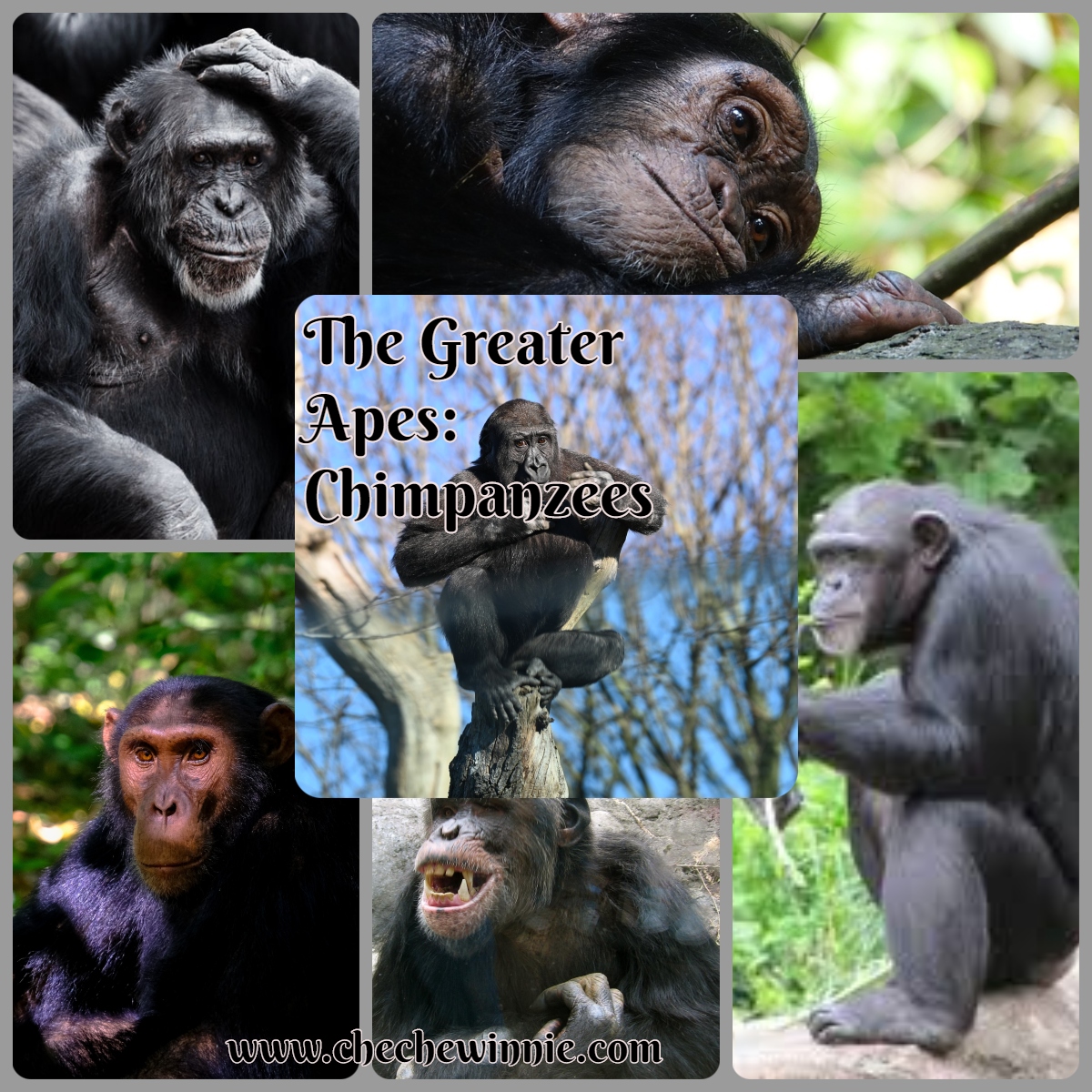 The greater apes include the chimpanzees, gorillas, orangutans as well as the bonobos.

They are close relative species to humans. They have various similarities and brain developments in progress.

They are also one of the largest apes and have no tails. Unlike other wildlife species, they are able to make use of their hands for doing activities such as food gathering, carrying materials needed to build their nests, and are able to use tools. It’s a plus from their brain developments.

Just like humans, the great apes are omnivores. That is to say, they can feed on both plants and other living orgainism. But most of them prefer feeding on fruits.

They give birth to one offspring or twins in rare occasion. This is after carrying the pregnancy for approximately 8-9 months.

Let’s get to know about each of them and how we affect their survival.

They are biggest among the apes. They can weigh up to 65 kilograms and stand tall approximately 94 centimeters. Covered with a coarse black hair except on their face, palms of their hand, feet soles and toes. Just like humans.

In the wild, they can live up to 40 years while in captivity, they can manage to get to 50 years.

Being a social species, they live in groups of between 15 to 150 members. The dominant male is the boss of the group, who is tasked with solving disputes, making babies and leading the group. Who can weigh up to 70 kilograms.

They are able to adapt to a wide range of environment. Including the savannas, forest swamps, rainforests, etc. While building nest, the baby chimpanzees sleep with their mums.

Being closely related to humans, they have been observed to be influenced by humans behavior. That’s they are able to create deep bonds and relationships with their human friends and researchers.

Unfortunately, they have been listed as endangered species by the IUCN.

Their greatest threats being being poached, diseases, as well as habitat loss.

4 thoughts on “The Greater Apes: Chimpanzees”