The Story behind the Big five 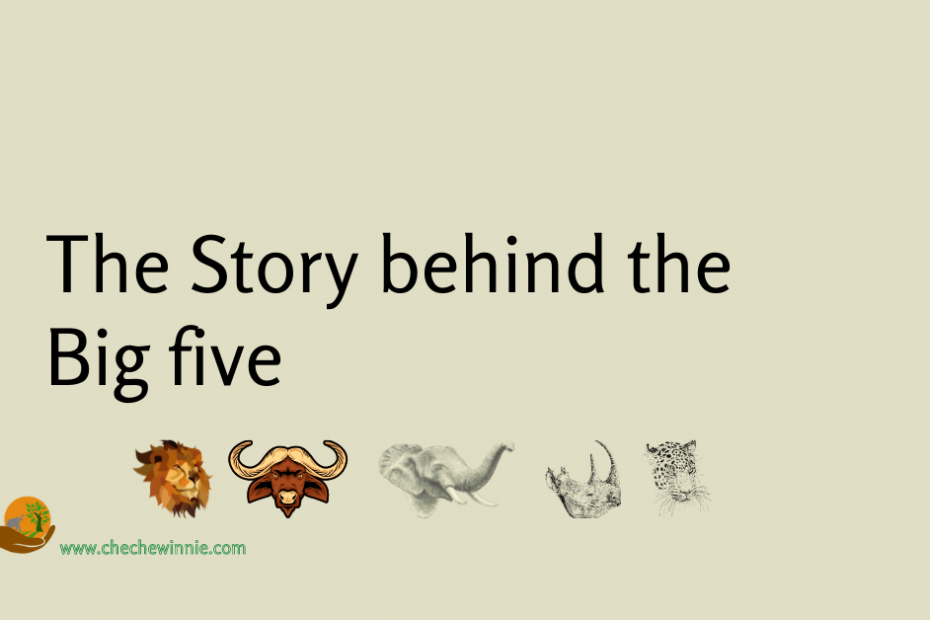 The Big Five is the term used to describe the five most dangerous animals in Africa. It is a concept that originated in Southern Africa but has been adopted worldwide by hunters and tour operators. There are different lists of animals considered ”big”, but the most common one consists of:

The big five is a term widely used in the safari industry that refers to elephants, lions, leopards, rhinoceroses, and Cape buffalo. It is widely accepted that these are the most difficult animals to hunt on foot and therefore represent the pinnacle of achievement for any hunter.

The Big Five refers to the five most difficult animals to hunt on foot in Africa: the lion, leopard, Cape buffalo (or African buffalo), African elephant, and rhinoceros. It originated in Southern Africa’s early 20th century. The term was first used in print by hunter Frederick Courteney Selous in his book “Travels and Hunting in South Africa” (1908). Today it is generally applied only to safaris that target these species.

The goal for most safari

When you visit Africa, the goal is to see the five most iconic animals of the region: The lion, elephant, rhinoceros, Cape buffalo, and African leopard. Of these five species, the lion is considered the king of the beasts.

1 thought on “The Story behind the Big five”