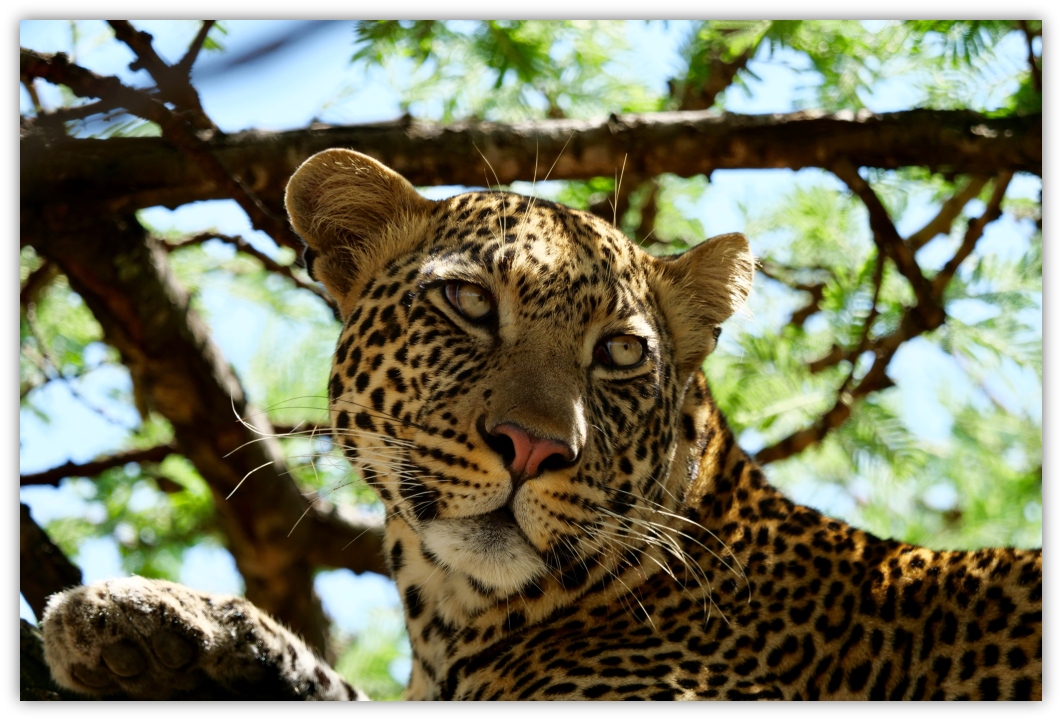 Leopard are  fast felines as they can run up to to 58 km/h. The rosettes (dark spots that  resemble the shape of a rose) on their coats makes them look very beautiful.

The rosette patterns are unique to each leopard. Leopards in East Africa tend to have circular rosettes while the ones in Southern Africa and Asia, have squarish rosettes.

As we can tell, these subspecies are named according to the places they are found. Some of the species have gone extinct, vulnerable or threatened. This is due to majorly humans and both habitat lose and habitat fragmentation.

Leopard are adaptable to almost every environment.

They can literally live anywhere in the world

Most of our wildlife parks and reserves in Kenya have leopards. The famous ones and known for their leopards include Samburu National Reserve and Maasai Mara National Reserves.
They are also found in the ice continent. There is where you get the amazing snow leopard.
More about the snow leopard in the next post.

They are solitary animals

Leopards are solitary animals. They only come together during mating.

Do you know that black panther is the other name for a melanistic leopard?

I hope the famous black panther movie gave something back to the wildlife. The name really helped their brand, and leopards qualify for some pat at the back.
Melanism do affect leopards do. It makes the rosettes invisible under the black coat.

FYI : Leopard’s coat colour varies based on the climate and habitats they occupy. They vary from pale yellow to yellowish brown or golden.

Their colour varies depending on climate and habitat

Apart from running very fast, leopards can leap as well as spring a height of  6 meters.

They are mainly active during the night. Hence resting during the day. This may change with the availability and activeness of their prey. In some countries, leopards have been spotted hunting during the day.
After hunting, the leopard drag their prey high up trees. To avoid losing it to other predators. Their strong jaws and climbing skills, helps them secure their kill.

Leopards feed on almost all the herbivores even some fishes. Since they have excellent swimming skills.

Leopards vary in size based on their sexuality. Whereby the males are bigger than their female counter parts.

Competition from other big cats

Leopards have many enemies

Leopards face stiff competition from other larger cats such as lions and tigers. These competitors occasionally snatch away leopard’s kill. And to some real bad extend, kill leopard’s cubs.
Other competitor predators include the hyenas, cheetahs, bears as well as wild dogs. Hence the leopard have to compete for habitat and prey. They will therefore end up retreating up the trees or avoid areas with such predators.

They avoid places with the larger cats

Leopards live an average of around 12 years in the wild and approximately 23 years in captive.

Being hunted for their fur/coat/whiskers/tails/claws by humans.
Killed due to human-wildlife conflicts.
Habitat lose and fragmentation.

Leopards are listed as Vulnerable on the IUCN Red List.

They are excellent climbers

10 thoughts on “Leopard : Fast and beautiful”