What Do You Know About Foxes? 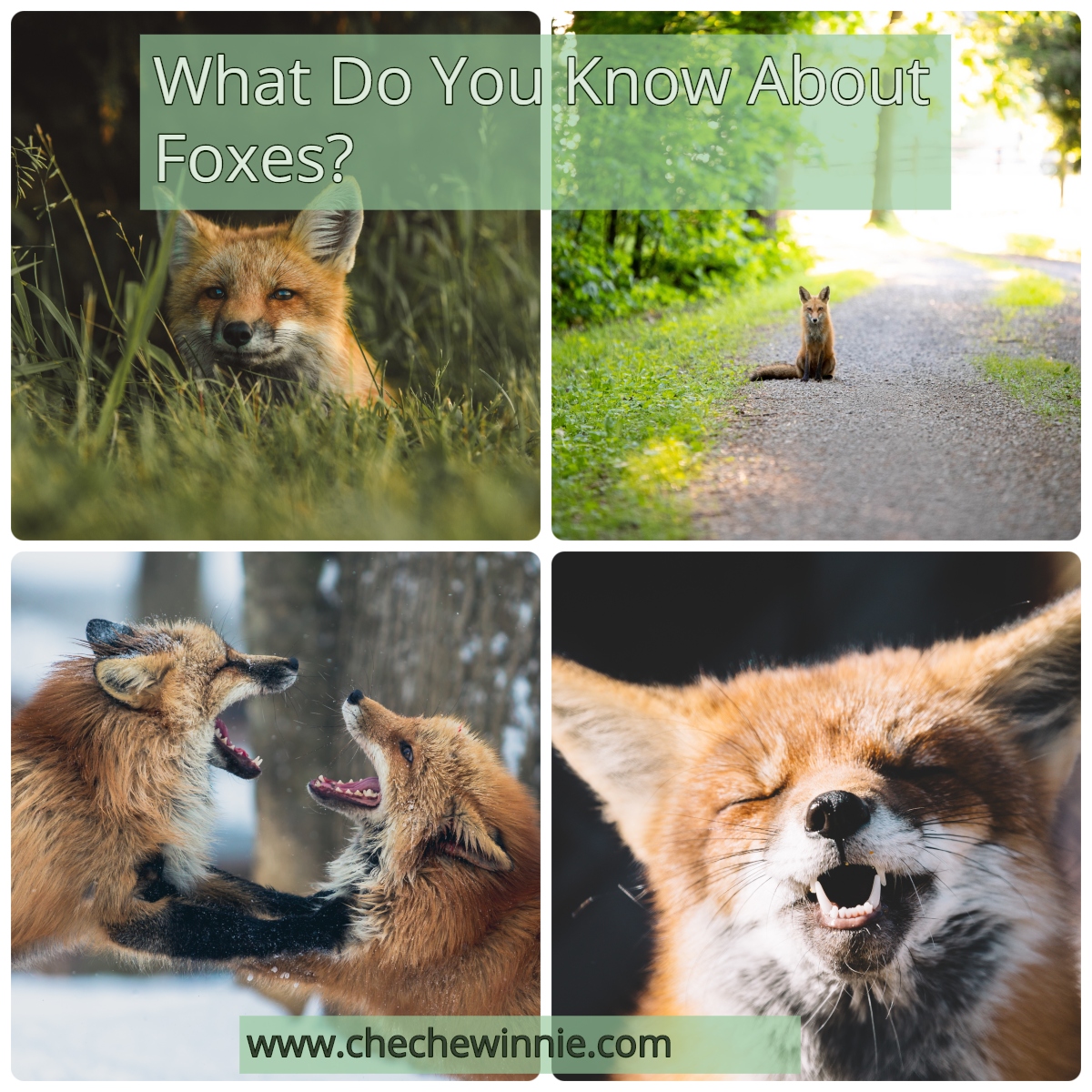 What Do You Know About Foxes?

What Do You Know About Foxes? Are fixed dogs or cats? Beyond their cute fur covering their body and long bushy tail. As well as the qualities attached to them, they are not good pets. Taming them has never perfectly worked. I guess it’s a sign that wildlife should just simply be left to remain in the wild. And left to occupy and live in their natural habitats.

They are somehow small to medium omnivores that are dog-like. But not dogs. Mainly feeding on the inverbrates, small vertebrates, as well as plants and eggs.

They have a flattened skull, upright triangular ears, a pointed, slightly upturned snout, and a long bushy tail.

Leach is the term used to describe a group of foxes. While a male fox may be referred to as a tod and a female one as the vixen. The little ones are cubs/pups/kits.

They are several species of foxes but only 12 of them are considered to be true foxes. They include:

They are widely spread across the world. And belong to the same family as the wolves and jackals.

They have a very short lifespan

They can manage to live up to 10 years.

Unlike some dog families that are very social. Foxes may live solitary or be engaged in very small family groups.

As we have seen, foxes can not be tamed. Unfortunately, they are endangered to the very natural habitats that they strive well in.

This is due to habitat loss and being hunted for several reasons. Like their fur, to be kept as pets.

Foxes are considered as pest and disturbance by humans. They rarely attack humans but terrorizes any chicken that they come across. Hence the reason why most farmers resent them.

Have you ever met foxes with their pups? It’s one of those amazing moments that take your breath away. The mum is always ahead as the pups follow. Playful just like any kid and copying what the adults do.

Unlike other wildlife, foxes have been observed to adapt to urban settings as wrong they don’t get killed by humans. They can manage to live longer and have small groups.

So if we can be able to accommodate their presence among us. Some urban developments is not a big brother to them. This means that the farmers farming animals that can be preyed by foxes, have to come up with a way to keep the foxes away. Without having to kill them.

13 thoughts on “What Do You Know About Foxes?”