When The Huge Wildlife Falls in Love With You 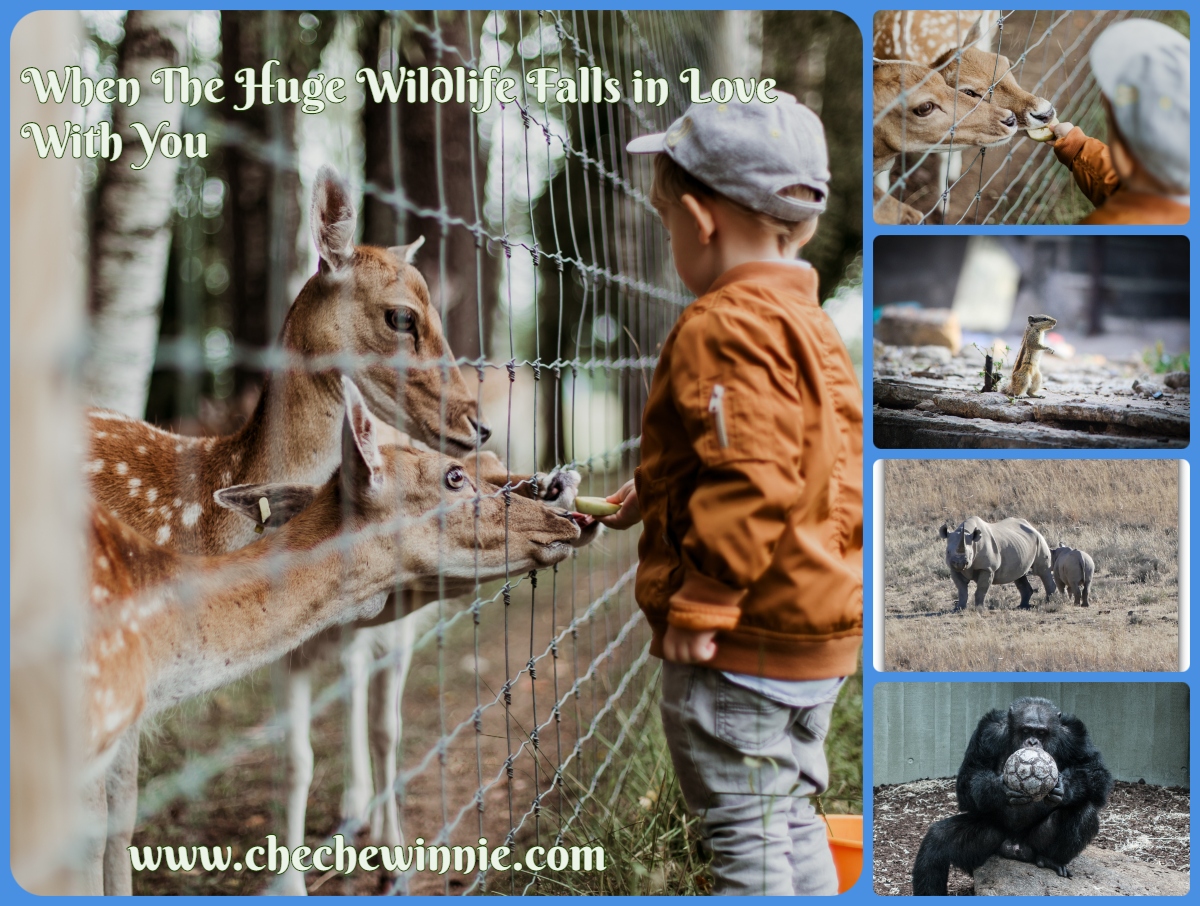 When The Huge Wildlife Falls in Love With You

When the huge wildlife fall in love with you. How would you feel if an animal like an elephant, rhino, lion or even some of dangerous snakes, becaome your best buddies. As some tend to term the as beast buddies.

Wildlife are dangerous and that should never be underestimated. As much as we may create a connection with them. They still remain wild and anything may change anytime very fast. Resulting to loss of lives or losing several body parts. It’s important that this sinks into our brains while handling wildlife.

Just like any other living organism, they have power to determine several scenarios. Like when another species is about to harm them or being “good”. And that’s why we see them getting connected to their human buddies.

Falling in love with Huge wildlife

Wildlife will need a reason and somehow a confirmation from your actions before they can offer you love and the huge hugs. Luckly, unlike humans who may be deserved by sweet words. Actions speak love in the wild. Not forgetting the extreme need for consistency .

They will always be difficult at first as you work your way into their hearts. And they may still reject you despite all that effort. They are wild and free to reject who they dislike. I kinda like how they operate. I like it helps them offer you true love which for a very long time.

It’s almost impossible to create a connection with the wildlife in their natural habitat. All that can help is staying out of of one another. But with extreme hard work and giant patience, you may get some love back.

So most humans who desire a connection with wildlife. Cultivate it while the animals are in captivity. These include places like sanctuaries, zoos or any captive places they keep wildlife.

They take part in activities that help open wildlife heart to them. It may be helping an elephant calf come into terms of her Mother’s death caused by poachers. The calf doesn’t know the difference of the poachers from the humans offering them love. They will see them as the same person hence a threat.

They will take time to be open to the idea of giving themselves to these nice humans. This the golden time for the nice humans to erase the ba image created of humans on the affected calf. It may take hours, days or months with hard work to make it work.

All babies including those of wildlife, tend to reboot more often. Hence within a short time, they are able to forget what happened. And this offers a window for nice humans to sneak into their adorable hearts.

This goes especially to those who pet this wildlife and take them into their living space. And forget the most important part of properly introducing the rest of the family to the new family member. Wildlife will not just like your friends just because they are your friend. They don’t offer wholesale / default love. They need you to assure and work for their love. Nothing comes easy when giving out their love.

So by doing so, you will be putting your family, neighbors, and friend at a very deadly situation. How many times have we heard of deaths caused by these ” beast” buddies? They may severely injure their original friend but the rest are mostly found dead. Why don’t we just build a relationship with them but allow them to continue living in their natural habitat?

As long as you keep visiting them there, they will always remember what you two share. Which is great and safe for both of you.

Look at the Born Free film, they were able to maintain the great relationship despite returning the lions into the wild. The lions went ahead to introduce their human friends to the pride in the wild. To other lions that had no relations with humans. But they made it happen without human intervention. That’s how loyal they are.

Making friends with these huge wildlife, allows us to appreciate the incredible love story with them. Showing us how important their survival is. And that they deserve an opportunity in this planet. We are able to have energy to fight for their home and what they need to survive. Which in other words, we refer to as Conservation.

We are able to show other humans, that these wildlife are not beasts or monsters. But different species that give beauty to our planet.

The wildlife also get to know that we have nice humans.

You don’t have to have a huge wildlife buddy to fight for their conservation. As long as you see the reason for respect of each species survival, you are conservationists. Continue fighting for wildlife and nature.

Small wildlife too makes great buddies. I have a house gecko buddy who pays me visits from time to time. We hang out, I do all the talking while she does all the listening. Looking lovely with her huge eyes that makes my heart smile really wide.

So yes, go out their make some other new friends who are not humans. It will spice up your life.