When Was The Last Time You Saw A Ladybird? 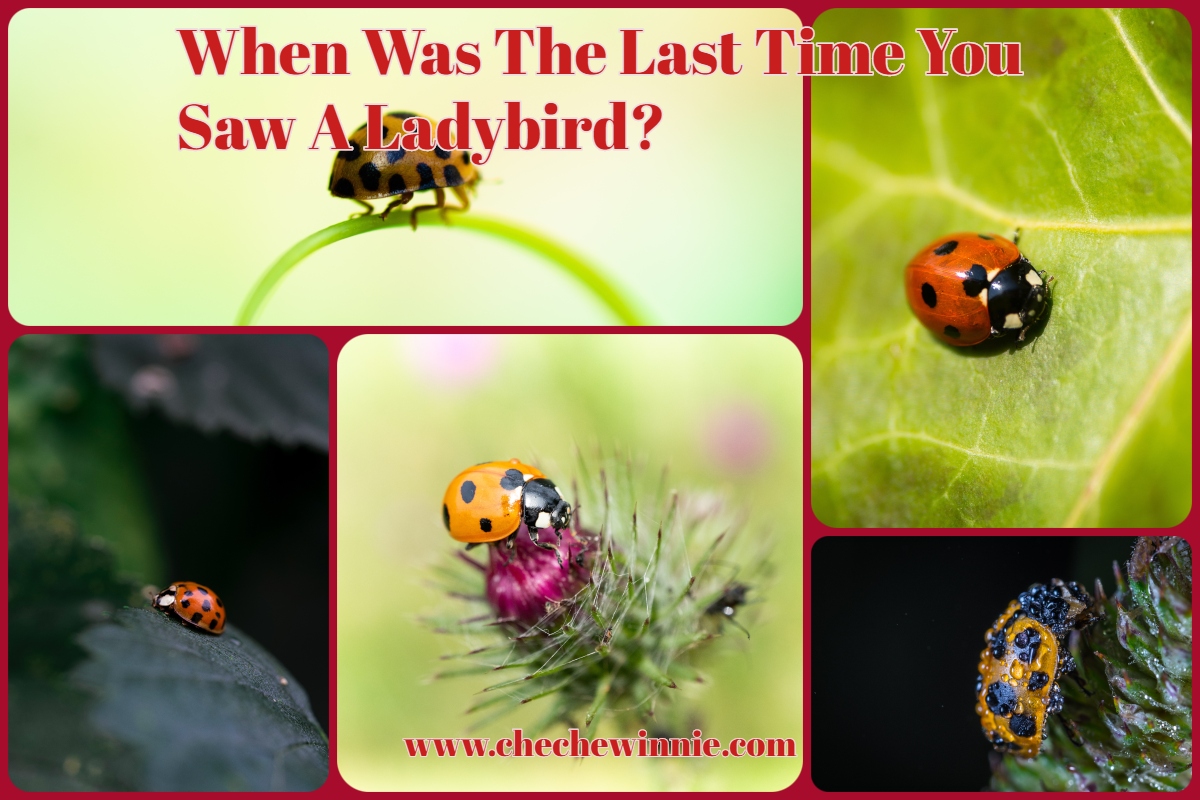 When Was The Last Time You Saw A Ladybird?

When Was The Last Time You Saw A Ladybird? Or Should I have asked, Do you know of ladybird? Apparently, we have some of us not lucky enough to have encountered these wonderful and colorful insects. Black and white may not be my best color. But I love them on the ladybird’s wings.

Pointing at a ladybird on a book, she requested some kids to identify which insect it was

Due to developments and what they have been exposed to. Depending on where they stay. Will center around what they interact with frequently. As we continue to push nature and convert it to what we consider best. We deny these kids an opportunity to have nature and it’s content into their imaginary world.

Let’s know a little bit about them

Which is scientifically known as Coccinellidae . They belong to the same family as bottles. The little guys that create perfect rounded balls out of dung. Also known as lady beetles.

Some of them may not be necessarily black and red, but rather, yellow/orange and black.

They feed on herbivores insects, hence very important in our farms. Hence predators.

They can be found in cities, grasslands,cities, forests as well as surburbs.

Did you know that killing a ladybird was believed to be unlucky?

Ladybirds are considered and associated with good fortune. They even songs dedicated to them.

By eliminating the herbivores insects, they help farmers and gardens in a great way. With them around, no need for pesticides that harms our environment.

We polluted our environment hence chasing away the butterflies. And now the butterflies close to us, are the imaginary ones we get in our stomachs while nervous.

Insects are very important in our ecosystem, especially in our farms. We are able to eliminate the usage of harmful pesticides.

Ensure to introduce the young ones to nature, and allow them to know that we have real bunnies, wildlife, sharks, etc.

5 thoughts on “When Was The Last Time You Saw A Ladybird?”