Why starve Fish in Spas for Pedicure? 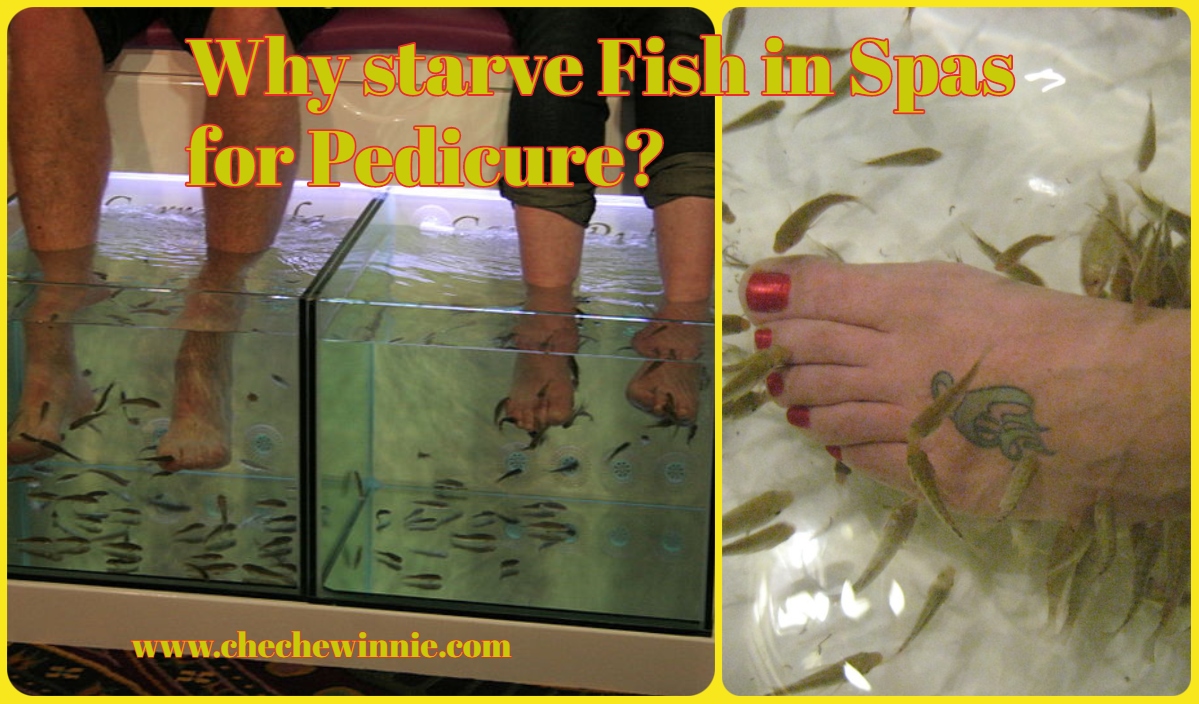 Why starve Fish in Spas for Pedicure?

Why starve Fish in Spas for Pedicure? Have you gone for the so-called doctor fish pedicure? Where people starve fish so that they eat dead skin from people’s feet.

Would you eat dead skin? Why would you make another living organism eat it then? Yes, they feed on dead things when food is scarce or not available. But this does not allow us to subject them to this. On top of captivating them in tanks that are not that clean.

Denying any living organism food willingly is cruel and morally not acceptable. It is against animal rights to make them suffer.

It a cosmetic treatment where one places their feet in a tank contains fish. Which nibble the dead skin from your feet.

Garra rufa which are also known as doctor fish is the preferred fish species for this procedure.

This cruel act has spread to almost all nations on our planet. More people seem to enjoy it. But they think of the fish eating off their dead parts of their feet skin.

What harm it has on them? Or what they go through so as to offer this forced labor?

Why do humans think that everything was made to worship them? They tend to force everything for their comfort. Instead of sharing the resources gifted to us by mother nature.

Stop being part of evil ones who are mistreating animals for gain. Be a good animal ambassador and ensure that no one hurts them.

We have machines and kits specialized to remove the dead skin from any part of our body. Pumice stone is also available, and we also have artificial ones. Alternatives to ensure we do not have a reason to harm Garra rufa.

Let us advocate for banning of this practice in all nations. For those nations that have already banned it, good job.

12 thoughts on “Why starve Fish in Spas for Pedicure?”