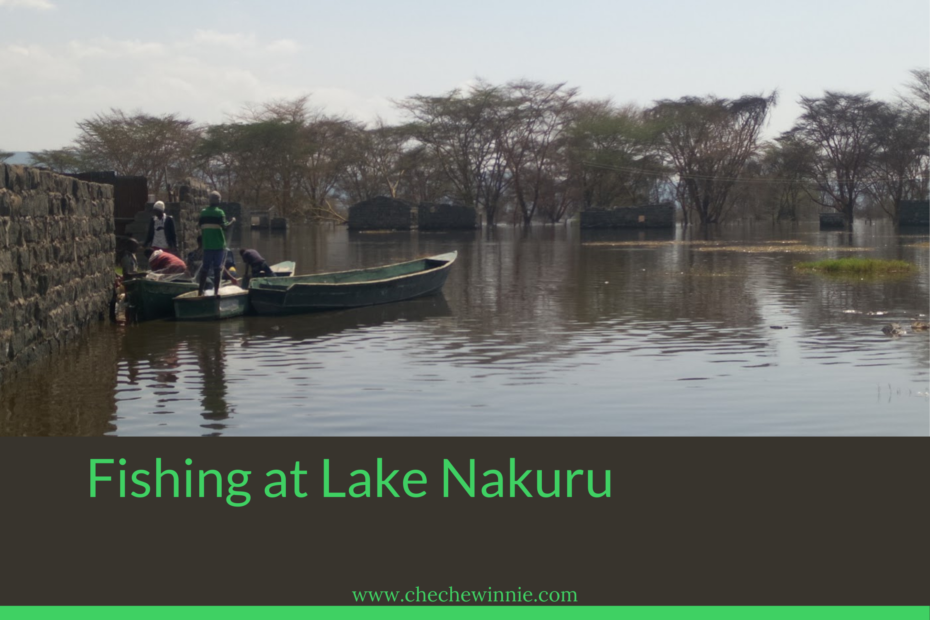 Did you know that people are fishing at Lake Nakuru? By now you should have heard of the swelling Rift Valley lakes. lake Nakuru is among these lakes. It has increased in size and now busting into the nearby villages. And with it, it came with lots of fish. Unfortunately, it has also swallowed people’s homes and farms.

How did the Lake reach human settlements?

The lakes within the Great Rift Valley have been swelling for a while now. We are yet to be made aware of the reasons behind the swelling.

For a long time, the lake was within the Lake Nakuru National Park. But it’s now overflowing outside the park. Heading to people’s homes. Sadly, it has managed to swallow several homesteads.

Most of the affected people are the elderly ones, who are were forced to go and find rentals. The source of income and food was cut off too, as their farms are now part of the lake.

Can you imagine losing your home and financial support unexpectedly? Especially for old folk. It’s one of the worst things.

The swollen lake has also promoted migration of people towards it.

Presence of fish. has provided a new income source for these people. You just need to be there very early in the morning, access to a boat, and somewhere to carry your fish. For the few hours I spent at the new beach, it was clear that the business was booming.

The fish was delicious too, especially mine. My brother’s wet fish didn’t make him very happy, and when tasting my deep-fried one, he wished he had ordered that. Am teaching him about zero waste, so he had to finish his meal regardless. Most of the fishmongers are learning from the business, and that would explain my brother’s dish.

They were several kiosks and hotels around these beaches, but they were not okay with photos. I respected their wish and went ahead to interact with their new lifestyle.

The winners are the people who had ventured into the fish business. The product is easily accessible and profits were high. They were also able to buy relatively cheap from the fishermen. With no transportation required, the capital needed is affordable.

The neighbourhood is also embracing consumption of fish. Hence providing market for the fish.

These are people who lost everything and struggling to make ends meet. Just when they thought that they have homes, farms and even rentals. The lake took all that from them.

Am still wondering if the county government has any plans for the affected.

These new venture has both bad and good news. I guess its the silver lining.

4 thoughts on “Fishing at Lake Nakuru”