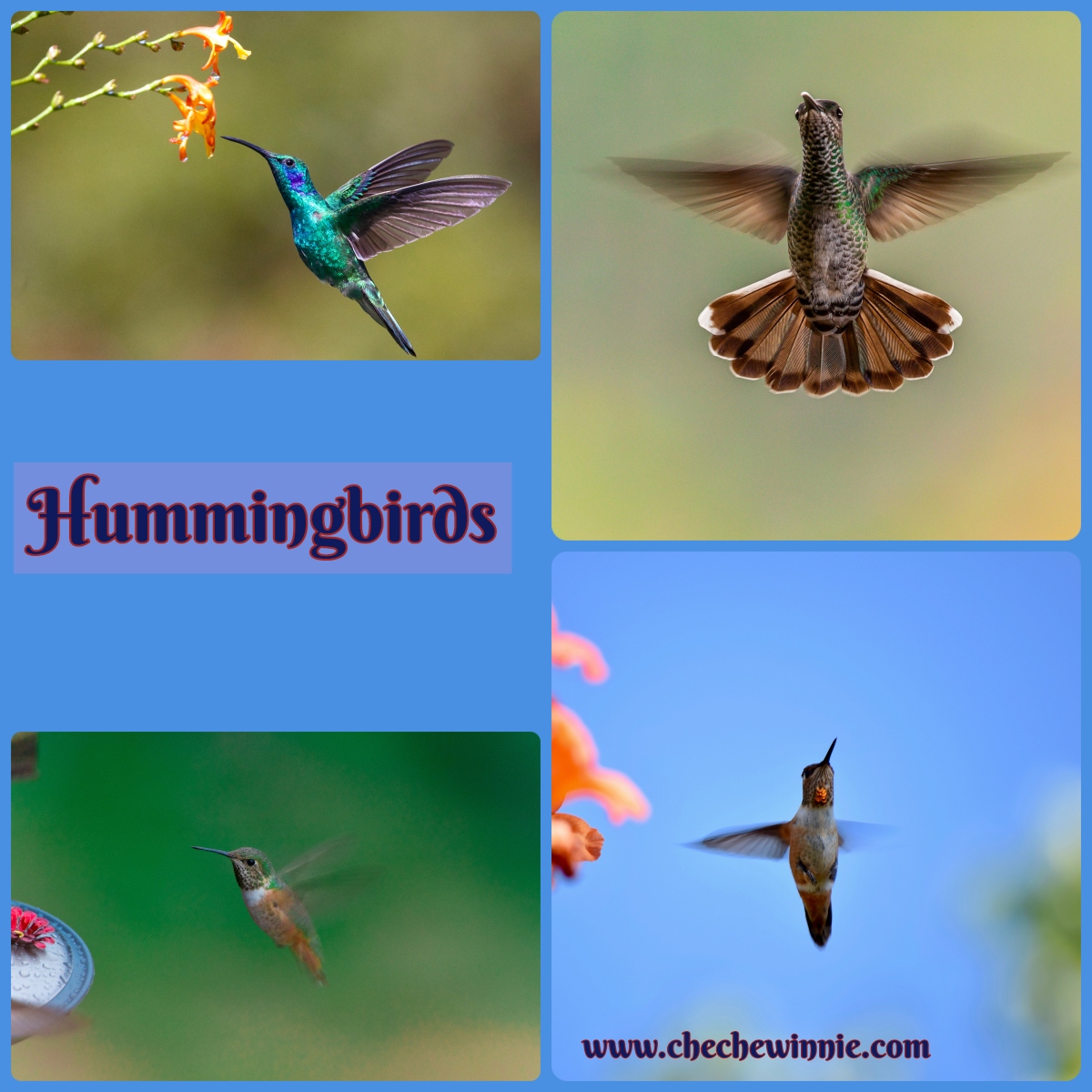 Hummingbirds are among the smallest migrating birds on our planet . A bird whose brains make up 4.2% of its body weight.

Their name was derived from the humming sound generated by the tiny wings when they fly. They are native to America’s and one of the smallest birds alive.

They are about 357 species of hummingbirds.

They have no sense of taste but they can see colors. Mostly attracted to bright colors like red. Infact, they can see in UV light hence further than humans can. They also have a better sense of hearing.

They are nectarivores, meaning that they depend on nectar for their food.

By feeding on the nector, they are able to promote pollination in the flowers they get nector from.

After insects, hummingbird have the highest metabolism while in flight. This helps us understand how a migrating ruby-throated hummingbird is able to cross the Gulf of Mexico.

They conserve their energy at night by practicing a hibernation-like technique known as torpor. Where all its body functions are extremely slowed down.

Unlike other birds, hummingbirds can travel the many miles alone during their migration.

Interesting, hummingbirds can manage to fly in different angles. That is, forward, backwards, downwards and even upwards.

Unfortunately, they can only live up to to around 5 years.

Hummingbirds have loads of surprises. Being among the smallest birds yet migrate very long distances.

It’s funny how they depend on flowers for the nectar, but have no idea how these flowers smell. But awesomely, they are attracted to the brightly colored ones. This is just amazing.

So what do you think would happen if they were to vanish? Who will help the flowers when they need pollination to occur?

Lets stop clearing the natural habitats. It’s time to share what has remained among all living organisms. In short, time to embrace sustainable living.

In my next article, I will tell you all about my favourite African Hoope.