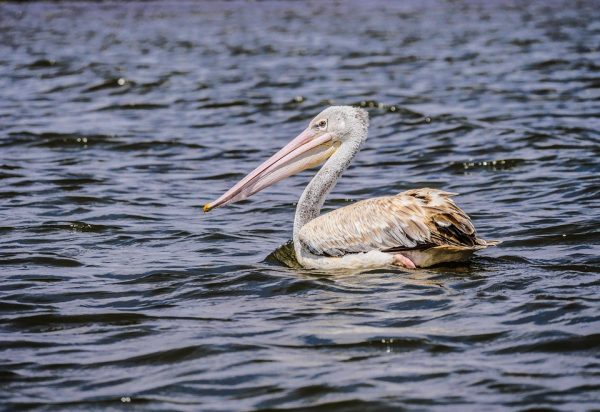 Lake Naivasha is a freshwater lake that has survived all kinds of threats presented by human activities. Lake Naivasha is a Ramsar site. Despite being an important bird sanctuary and wetland, it has been left at the mercy of the local communities. No fence around it and developments have been carried out at its shores.

It is fed by two rivers, the malewa, and gilgil. There are no visible outlets but it is believed to have gone underground. It was once both a wildlife corridor and water source for wildlife at Hell’s Gate National Park. But that rapidly changed due to urbanization and land encroachment. Flower farms and big hotels bought land around it, and the rest remained a history. The remaining part was taken over by the community that practiced fishing both the illegal and legal ones.

The ministry of fisheries and Kenya Wildlife Service has tried to protect it by carrying out the lake patrols regularly. They have been regulating the sizes of the fishnets and curbing poaching. Despite all these efforts, the lake has been diminishing and exposed to threats from human activities.

The lake has faced several threats such as the:

1. Introduction of the common carp

The common carp led to the decline of the fish population by 90 %. It is considered a destructive invasive species.

Most of the companies and flower farms around this lake were disposing of their waste into the lakes. being a water body, they saw it as a cheap way to get rid of their waste products. But this was curbed and heavy penalties were put in place to punish those who participate in this evil act.

This is one of the most dangerous plants to have on a freshwater lake. They tend to grow very fast and dense covering the water surface from above. This prevents the entrance of both oxygen and light. As a result, the fish and plants inside the water die.

Being open to the public, the lake is exposed to over-exploitation by the human population. The fishermen use the illegal nets, hippos are killed, bird’s nests are contaminated. Freedom has led to people having access to almost every part of the lake making it hard for the species living there. They are exposed to overhunting and habitat destruction. The flower farms have also largely used huge amounts of water from the lake for their irrigation.

It is home to both flora and fauna. This includes over 400 different bird species, a huge population of hippos, a wide variety of fish species, among others. Lake Naivasha is a haven for bird-watching fans. It allows you to enjoy a wide variety of birds that are easily spotted. The hotels around the lake also allow you to enjoy camping activities and many other fun activities. The lake benefits everyone and it’s our responsibility to ensure that it lasts forever. It’s time we work together and promote sustainability at this wonderful lake.