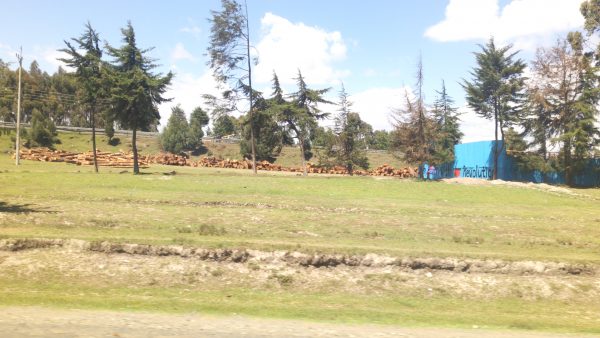 It’s very important to listen to both sides of a story especially when it comes to important topics like nature conservation. We are mostly fighting against our friends who destroy it and assume that they do it for their selfish benefits.

I believe in conservation education and awareness as the key weapon towards saving our nature from extinction. But we tend to concentrate on the local communities and help them understand the importance of them cutting out the harmful acts.

Who reaches out to the big fish in a good way rather than sentencing and harsh fines? Humans are engineered to be most of the time defensive and only make a true turn of thoughts and heart when the desire comes from their heart. If they understand the effects of their actions and the problems they cause, then they can easily change that.

As I was catching up with one of my favorite wildlife talk shows, I was able to see it from the accused eye. According to the young man, they didn’t know that elephants were getting extinct and they thought that the task came from the elephant tooth. So no elephant has to die after the ivory is extracted plus they are made to understand that money made from ivory sale is used to help starving kids back in Africa. So basically, according to how they understood it, they are doing a noble job.

As the interview started, I admit I was really angry and saw him as arrogant when he stated that they are not the bad guys since the hunting is done by the Africans and not them. But as he continued to explain their stand in the matter, my third eye was opened. There have been big steps achieved on curbing illegal hunting of our wildlife and communities are embracing conservation pretty well.

What about that group of “the big guys” who are yet to understand their consequences and can embrace conservation? The world’s natural resources especially the flora and fauna are at risk of getting extinct and all precautions should be put in place.
There’s also this other group of people, investors. Most of them don’t appreciate the value of nature, especially wildlife while working on their investments. They will rarely place wildlife value high while comparing it to some activities that may bring them cash.

For instance, most of the conservation areas are suffering threats such as land encroachments, harmful developments within the parks, insufficient support in the closed board rooms, the list goes on and on. Every time I think of all these hurdles, my heart breaks into very many many pieces.

They will easily pass a motion supporting building of a five-star hotel in the park which will lead to tarmacking of roads near the hotel not forgetting the poor waste management by these hotels. So to them, they will see it as a very productive investment but what happens to the wildlife. Do they even bother to check the number of deaths caused to wildlife by the speeding vehicles within the park? I bet they don’t. The nightmare does not stop there, the hotels increase in both size and numbers. This not only robs wildlife their habitat but forces them to move out of the parks finding themselves in a thin place with the community.

In such a scenario, maybe the investors have no idea of what horror they are causing to wildlife but are blinded by the frequent donations they make towards conservation. Am sorry to say this loud, but they are part of the bigger problem.
Money will never buy us a healthy planet or make things related to nature work.

I don’t know about other parts of the world but in Kenya, we are yet to recover from a very dark nightmare that has caught us by the throat. People that have been placed in positions meant to protect nature, most them have no idea how to do it while the ones with the knowledge have been left to fight for wildlife through walks, petitions, NGOs, any activities they think of for the better future of nature.

As I was looking for a job just after completing my education, i came across this guy who happened to be the minister of natural resources and environment in one of the counties. As usual, he asked what I had to offer in his ministry. When it comes to speaking on anything to do with wildlife, I can do it for hours especially if the other person also understands it. But this minister didn’t seem to understand anything I was trying to tell him about my project. After giving up making him understand what i was trying to explain, I requested him to let me know some of the projects that he was undertaking.

The answer made me start parking my CV and project papers on my way out. He was working on building dams within the residential areas for people to get access to water. So I wondered was that not an assignment meant for the ministry of water and what will that benefit wildlife?

Finally, he told me that whatever I was trying to make him understand is done by the NGOs who are busy caring for wildlife and don’t bring a lot to the table. And that was the person trusted to safeguard the natural resources and wildlife in that county.

Fellow environment warriors let’s ensure that we spread the information to everyone as this fight needs all the help it can get. Apart from fighting them for their harmful activities towards nature, let’s help them understand the importance of letting go of those activities. Knowledge and information on wildlife are highly misunderstood out there, and this has to be corrected.

1 thought on “Maybe they don’t know”