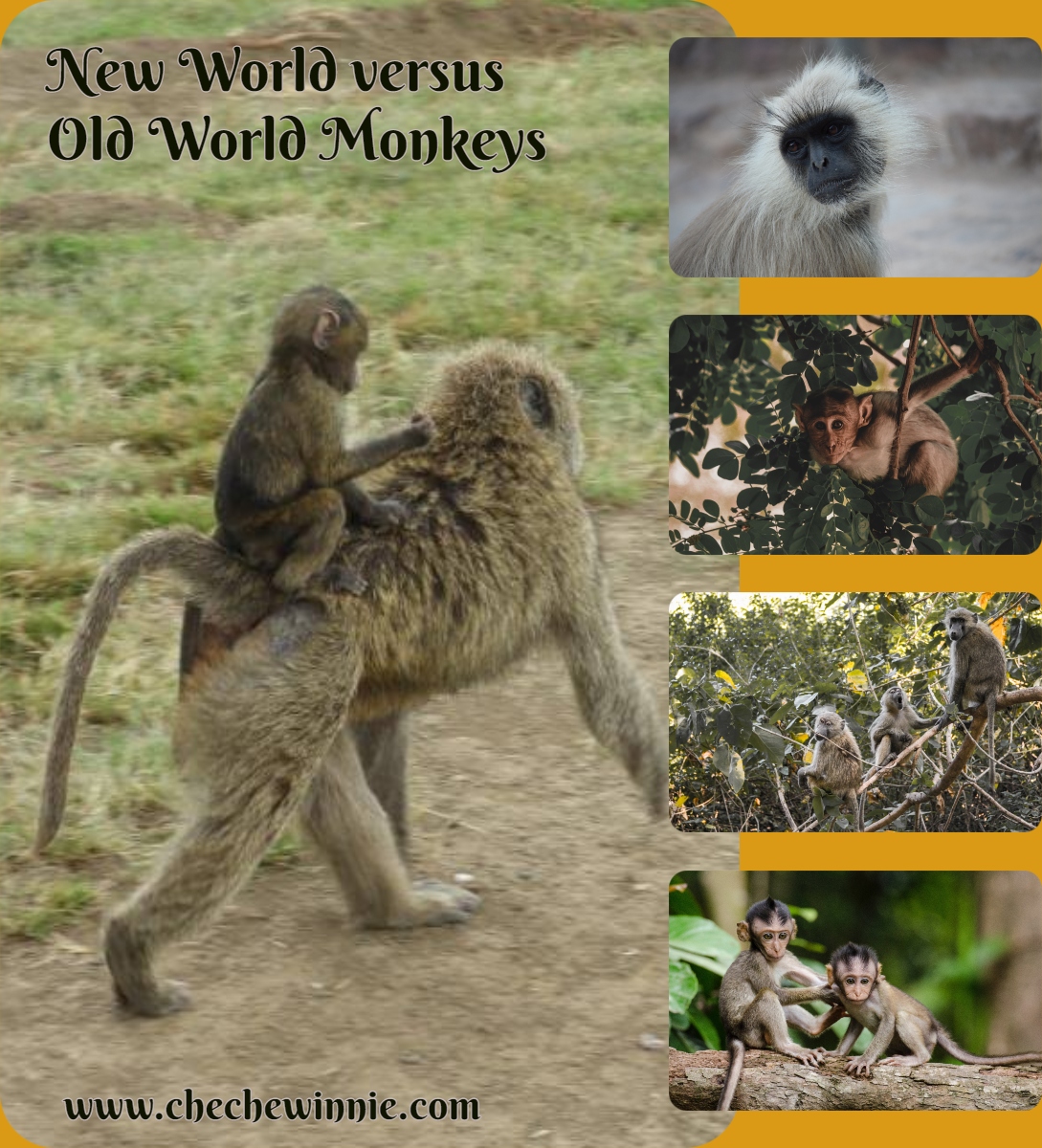 New World versus Old World Monkeys. What are the similarities and differences among them?

Some of the differences between these monkeys include:

New world monkeys thrive well in trees. They have wider nostrils, longer and sharp finger nails, and no passed buttocks.

Old world monkeys are larger, have flat fingernails, narrow downward pointing nostrils, hairless buttocks and thrive well in trees as well as on the land.

It is believed that, the old world monkeys only see two colors, that is, black and white. While the new world monkeys, just like humans, are able to see in colors.

There are more than seventy eight species of the old world monkeys. Hence the largest private primates family. Including:

They are native to Africa and Asia. Occupying habitats such as the savannas, shrublands, tropical rain forests, mountains, etc.

Unlike some of the greater apes, these mokeys have tails that are also able to hold on/ work almost like the third hand.

The daughters remain in the same troops as their mothers, while the son, move out to join other troops.

They are found in Mexico and South America. They can be classified into five families and their species included:

Did you know that pygmy marmoset is the smallest monkey in the world?

Whether old world or new world monkeys, they remain the most cheecky private species to interact with.

They have been observed to give care to their offsprings, grooming their partners, among other adorable behaviors. They operate almost like humans and will also imitate what we do stuff near them.

They are able to easily interact with humans, and learn a number of things.

Their populations ing but we still need to protect their remaining habitat. As they need it.