Pangolins are about to be Extinct in the Near Future 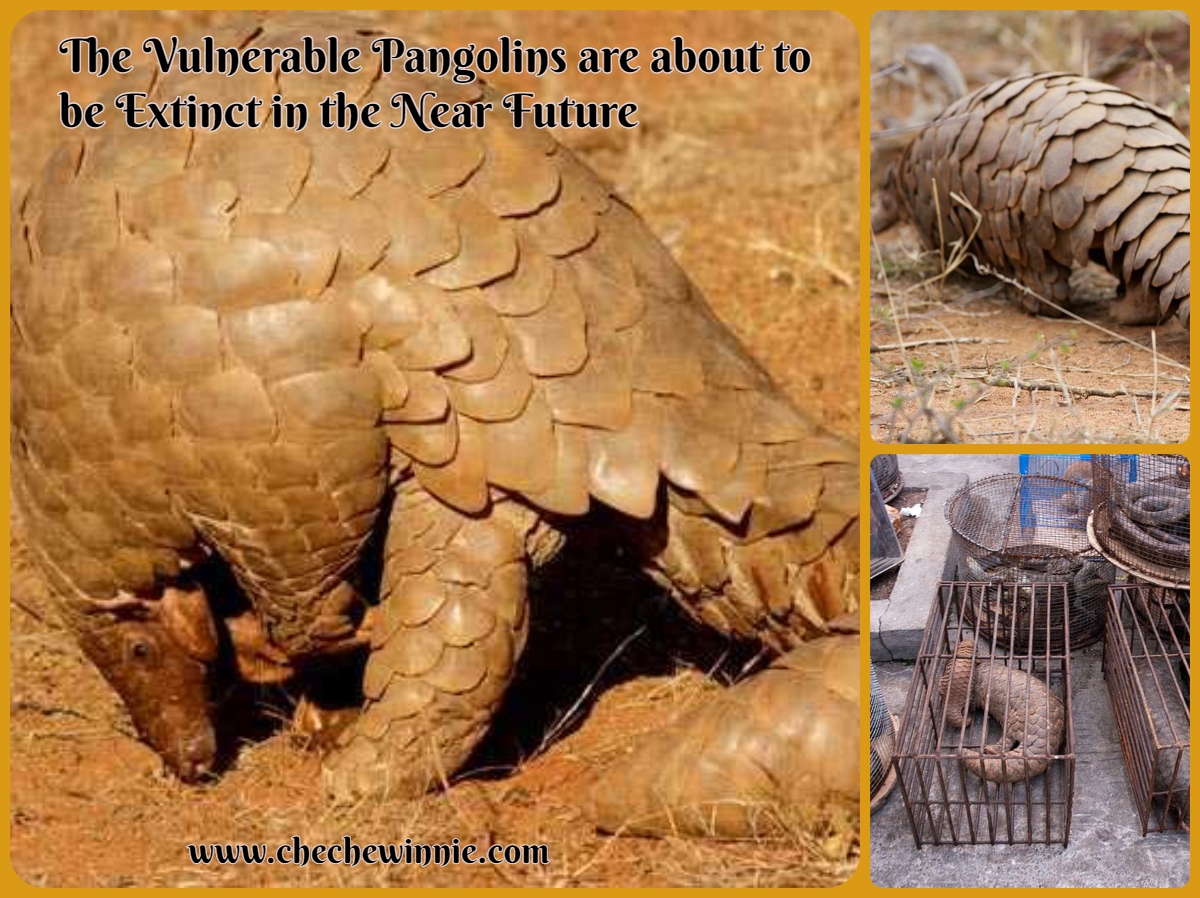 The vulnerable pangolins are about to be extinct in the near future. They are quickly exiting our planet. And we are the ones pushing them away.

It’s the only mammal covered by a large protective keratin scales.

They are nocturnal mammals that live in burrows or hollow trees. This is dependent on their species. They are insectivorous. Mainly feed on ants and termites using their long tongues.

They keep much to themselves. Are solitary animals that only come together during mating. They raise their offsprings for about two years before parting ways.

They are eight species of pangolins across the world and they can be categorized per their IUCN status.

Why are we so obsessed with keratin yet we don’t care about the one in our finger nails?

Just like rhino’s horns, pangolin’s scales are made of keratin. Same materials found in our finger nails and hair.

People cut their nails and hair all the time. If they need keratin that bad, they can just talk with the Saloons for the collection of the products. By the way, there was a very interesting baby girl and of people that volunteered to collect fingernails for these people.

Superstition has been passed with time. There are no healing properties in these animal parts. If you are looking for healing without destroying nature and it’s wildlife. Take a walk in the woods. You will be healed beyond your expectations and no one will have to die in the process.

Let’s stop this nonsense which results to killing of innocent wildlife.

They are being trafficked and poached for their meat and scales. Pangolins are the most trafficked mammals in the world.

They are losing their habitat due to heavy deforestation.

So, what is the exactly number of pangolins do we lose annually?

Approximately 2.7 pangolins see their death as people selfishly kill them for their scales.

Unfortunately, China still remains on the spot for this one too. Chin China China, you guys need to make some changes ASAP before you make our planet null and void. You are spreading like a wild fire in our one and only planet. You are penetrating each corner of the planet. If you don’t change these beliefs , our wildlife are in big problem.

It’s not just the China people, but also other people that believe and depend on stuff that needs wildlife body parts. Let’s find other stuff to believe in and leave wildlife alone.