Is it out of Necessity or Greed? 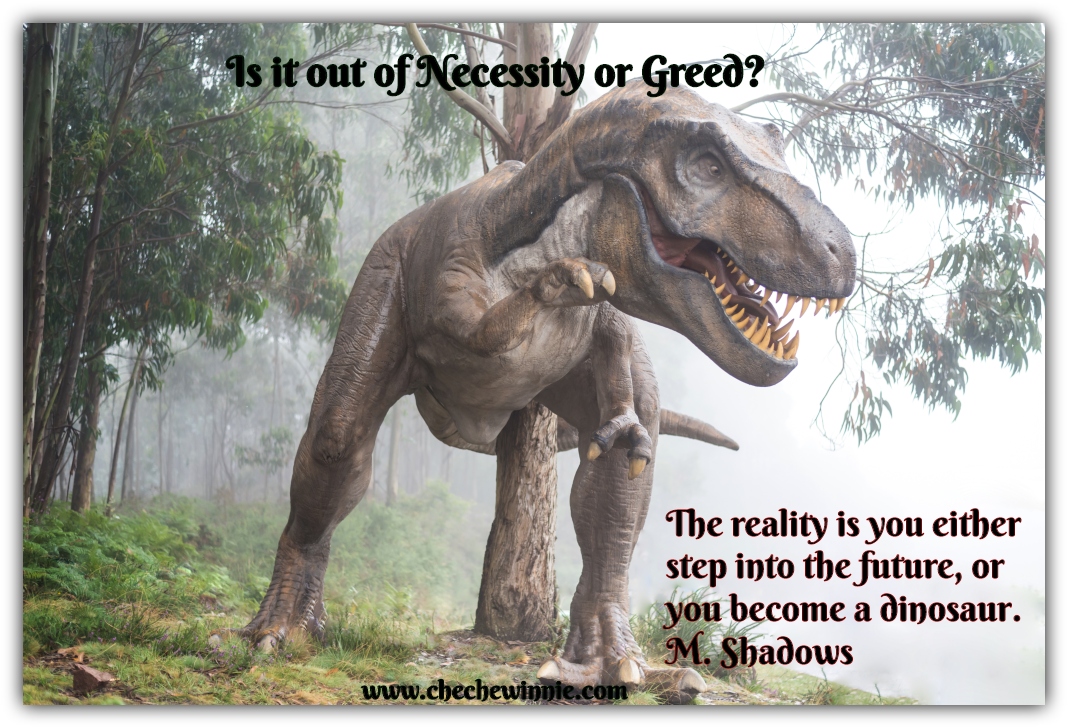 Is it out of Necessity or Greed?

Is it out of Necessity or Greed? Whatever you do no matter how small or big it may appear. How important or what value it may have on you. What drives your motivation?

Why do we protest? Why do we risk our lives and head to the streets? Carrying posters with reforms we desire to be attend to. Or problems that have not be addressed by the responsible people.

I love wildlife but I also respect human life and property. That said, I don’t support when humans take away whats meant for wildlife. Every life is important and resources for each species should be respected. It’s my desire that both wildlife and humans get their justice.

In 2015, residents around Kingwal Swamp (Nandi, Kenya) had to set the swamp on fire for government to hear them out. And yes it worked. Surprisely, the community ended up giving up their land to the swelling swamp.

The set the swamp on fire because the Sitatunga destroyed and consumed their crops. Leaving them poor and with no food. Sitatunga as per the Kenyan constitution is among the endangered species hence anyone found killing them risk a very long time in jail and/or hefty bails terms. Their damage is also not liable for compensation as they are not considered to create extreme damage as herbivores. So the community had to swallow the till they couldn’t do so .

So when the Sitatunga destroyed the crops and community complained about it. Nothing much happened. But the day, community decided that enough was enough. Set the fire at night secretly. They were somehow heard.

The same community that saw the bad side of the wildlife, opened their land for tem. The talk they had and discussions helped them resolve those issues. And now work to protect the Sitatunga.

So why did the government and the responsible parties come too late. Wouldn’t they have hear them out early enough? They would have saved the poor creatures that lost their lives in the fire.

This is just one incidence where the government only act once the public decides to do it their way. When they see that nothing seem to happen despite their peaceful passing of the information.

Habitat loss and destruction is one of the major threat facing wildlife around the world.

Space has become of the scarce and human population is growing very fast. And being the superior species, we are kicking other species out of their space to create our own. Wildlife happen to be the unlucky ones in this scenario.

Most wildlife live within the community, hence outside the protected areas. Most of these communities have learned how to co-exist with them and managed to live past the human-wildlife conflicts. Just like how it was many years ago. Before we knew what civilization was.

This is not the case in the urban communities. For them developments mean much to me compared to wildlife. For them wildlife in the Zoos, sanctuary, etc is the way to go. Why allow them roam around in areas we can use the land for the sky scrappers ? To them wildlife are not equal and don’t deserve to be heard but rather be taken away. They don’t see or feel their value.

This explains why most of the communities in rural areas will easily give up part of their land to wildlife. While parks within big cities continue to shrink each day.

So how do we attend and respond to conservation?

Can its necessity overcome our greed for the natural resources especially their natural habitat?

What value do you hold for the wildlife? Do you see them as a form/source of revenue? Or a heritage that needs to be protected?

And we better do it soon. Remember , even the dinosaurs thought they would see tomorrow . And here we are and they are not.

14 thoughts on “Is it out of Necessity or Greed?”