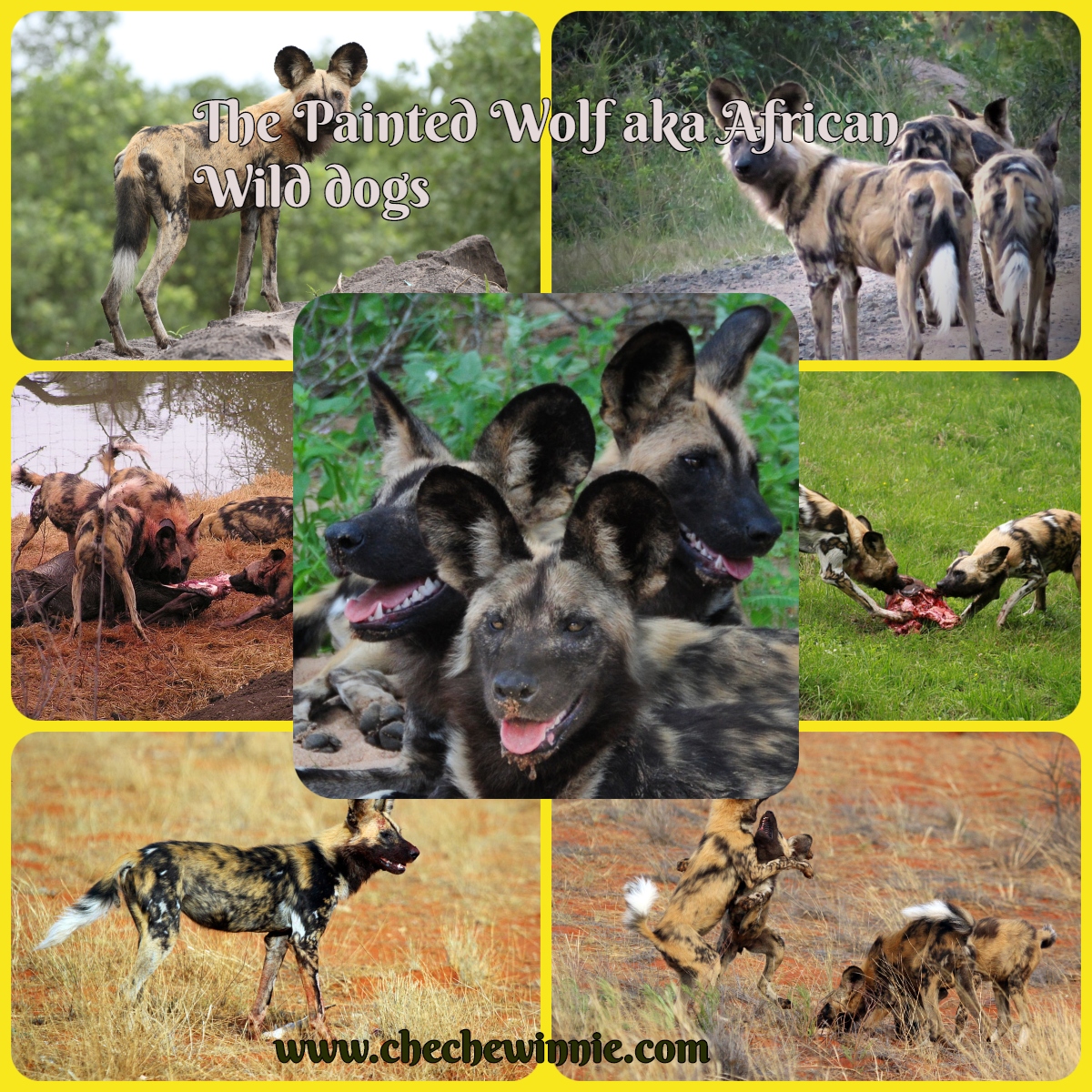 The painted wolf is also known as African wild dogs. They are one of the most amazing canines in the wild. Unlike the dogs at home, they don’t do so well under captivity conditions.

They have been given a number of names, i.e painted hunting dogs, painted wolf, African hunting dog, African painted dog as well as cape hunting dog.

Due to their body spots, they are easily confused for hyenas.

They are very social animals and live in packs. Doing most stuff as a group especially hunting. They are very loyal to each other in the pack. To a point whereby, they feed one of their own who may have got injured during the hunts.

As per the IUCN, we have less than 2000 African wild dog roaming in the world.

This shows how they have been dispersed all over the place. This is due to their behavior of spreading out in their respective packs. Each pack has a dominant male and a dominant female responsible for breeding. The rest of the pack helps in raising the pups.

The hunting success is 80% . This means they are going to make a kill when they hunt.

Their population is declining at a rapid speed due to habitat loss/ fragmentation, infectious diseases as well as human-wildlife conflicts.

They don’t do so well in a closed space. Captivity is not their cup of tea. It kills them literally. They can travel a whole fifty kilometer a day hence needs a very large territory.

Just like our finger prints, wild dog’s markings and coloration is unique to each of them. Hence we can be able to identify them through them.

What can we do to protect African Wild dogs

Advocating for laws that offer them protection and sustainable living.

Stay informed about them and spread the word. By having the required information, we will manage to keep up with their current situation therefore able to tackle what has to be tackled for their survival.

Speak up and fight for them. Some people may know about them but still do the opposite. It’s your job to ensure they do the right thing whether they like it or not. Continuos peaking up and fighting for them, will make them hear us out.

Make donations to the various organisations dedicated for their welfare.

No step is too small in conservation. Every step and determination matters. We have to start from somewhere so it’s a good start.

African Wild dogs helps to keep the herbivores in check, preventing their populations to outgrow the available vegetation. They are crucial to the ecosystems.

We have seen that they don’t do well in captivity. Meaning, we can save them through Zoos and the likes. We have to protect their habitats if they are to stick around for a while. Lets avoid any habitat loss or fragmentations.

11 thoughts on “The Painted Wolf aka African Wild dogs”