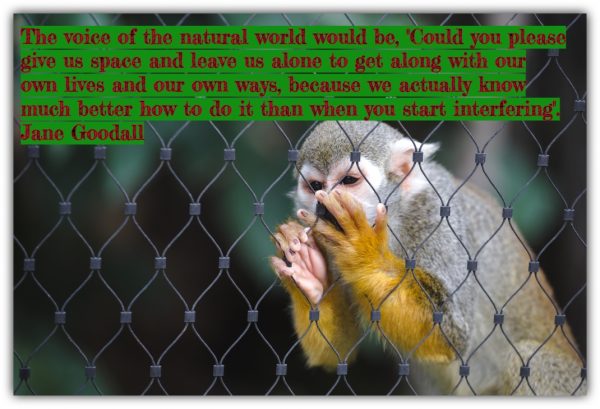 What do you understand about the captivity of wildlife?

Unlike many years ago whereby by default wildlife was found in the wild. They have been introduced to captivity arrangements.

What does captivity arrangement include?

Captivity arrangement is whereby wildlife occupies a controlled environment. An environment that has been subjected to several alterations by humans.
Such places include:

Not all of these places offer a conducive environment to this wildlife. Some are more of subjecting them to slavery. And hence should be stopped.

So what are the reasons behind wildlife captivity?

Due to geographical fragmentation, wildlife has been separated from their relatives over time. Hence leading to poor breeds or extinction of some breeds.
By captivity such wildlife, we can breed them safely and most of the time. returned into the wild to boost their population.

Wildlife especially the big cat has been known to be adopted as pets for prestigious status. They are seen as symbols of power and fame.
Unfortunately, most wildlife kept as pets are not well taken care of. But rather abused.

Wildlife can be subjected to captivity to save its species kind.
Within a confined environment, the animals can be able to improve on their population and study closely. And as a result, saving them from getting extinct.

Not everyone will gladly hop into a car and enjoy a safari. Some just want to have wildlife in one place. No hustle to spot them in the wild. Or undergo the long bumpy drives.
Such tourists will prefer to enjoy wildlife through the captive environment.

Did you know that in some countries, wildlife can only be found in captivity?
Since their habitat was grabbed by humans a long time ago. So they are homeless. Captivity is the only place they can inhabit.

In the wild, survival is for the fittest 100%. They are no room for weak animals. The killed wildlife may leave behind its offspring. And if they are not strong enough, they may also end up dead. In such an incidence, several organizations have built a place such wildlife can call home.
They take them in and nurture them till they are mature enough to be re-introduced into the wild.
It also covers animals that suffer the aftermath of poaching by humans.

This is one of the worst reasons for wildlife captivity. Few inhuman humans decide to confine wildlife in the circus for their entertainment. They also go ahead and request other confused humans to pay for the same.
The wildlife is made to do several humiliating acts and used wrongly.

For research and testing

Unfortunately, our laboratories use wildlife as test subjects in their research. If done okay, then it’s allowed. In this case, wildlife takes it for the team (humans).
This should be one of the reasons to encourage us to continue fighting for wildlife.

Captivity if used for good reasons, it’s a great help to the wildlife. And can save a whole species. But if misused, then it can wipe the same species away within the brink of the eye.

30 thoughts on “Understanding Captivity of Wildlife”