Media as a tool in Conservation 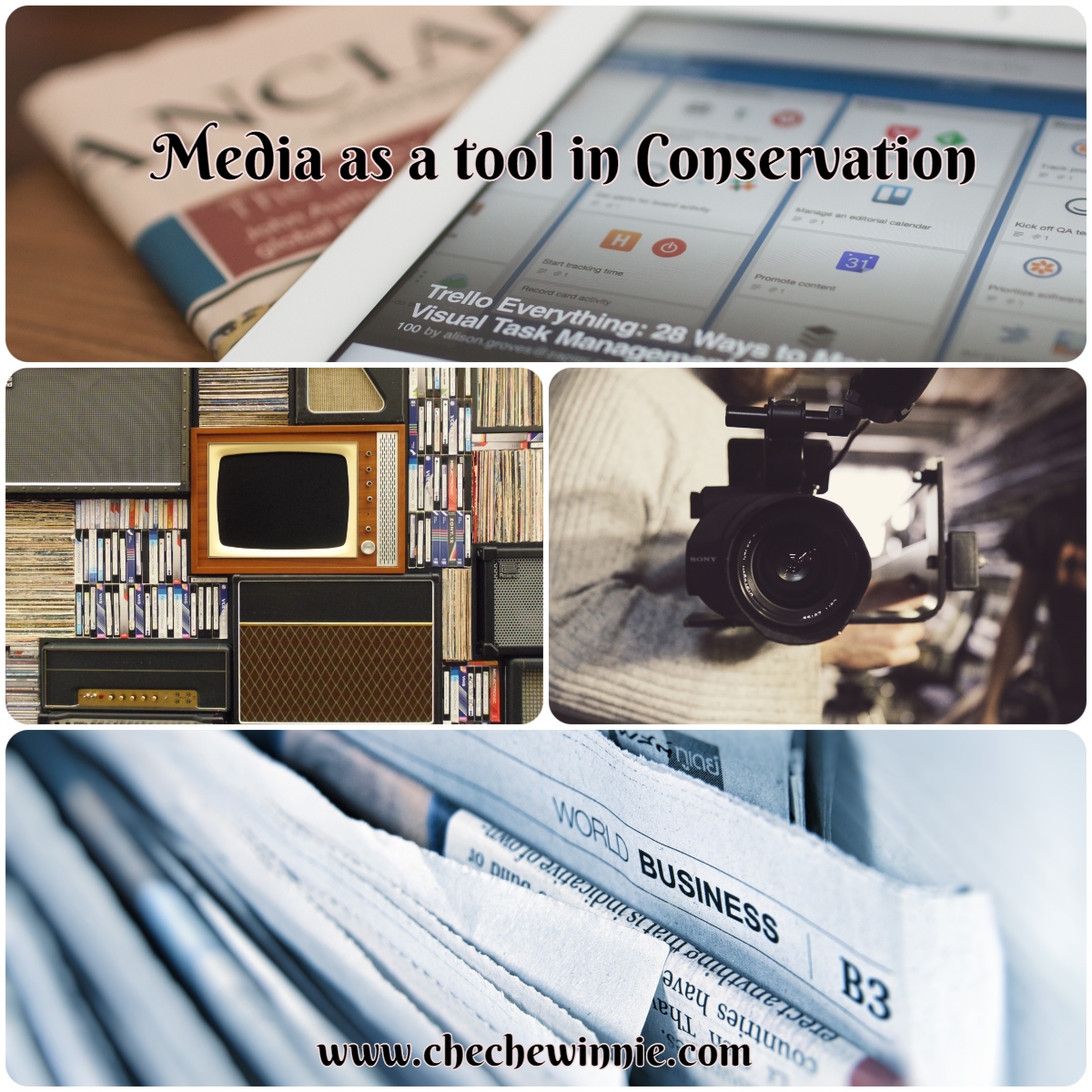 Media as a tool in Conservation

Media as a tool in Conservation. It’s a very important and effective means of educating communities about conservation education and awareness. But that is not being fully utilized.

Kenya is yet to do a good job in the world of conservation. We still have decorated and extremely filtered reportings on issues surrounding conservation.

We are known worldwide due to our amazing wildlife hence one of the best wildlife destination. Sadly, our media seem to heavily report on the tourism part and leave out the wildlife welfare part.

Also, the way human-wildlife conflicts are reported through these platforms is very biased.

We tend to assume that we can do so well in tourism without caring much about what happens to the wildlife. Forgetting the very important fact, that if it were not for then no tourism reporting could be available.

That’s why people come from all over the world to film these wildlife and Kenya does very little of the same. It’s like we have taken these wildlife for granted. Infact, some time back, wildlife could only appear in the media platforms if there was some human-wildlife conflicts.

Kenyans are the ones who offer grassroots assistance during the filming activities. Offer all the information about the area and it’s wildlife to the international documentaries makers. And yes, they do a great job at it.

Allowing the world to enjoy our wilderness in of their living rooms. Million of have helped many including me learn and embrace wildlife. Of all those documentaries, tv shows and talks, very very few are made by the local film makers.

I agree that we are a developing country and we are yet to get there. But we have managed to produce films that have been recognized worldwide, why not give wildlife a chance. Just like tourism gives you news to talk about in your newsroom, remember wildlife is the root cause for all that.

What does that show of our media platforms in Kenya? They are yet to understand and appreciate their important roles in conservation.

The baby steps we have managed so far

Despite the neglect I have just mentioned, there are some few steps being stepped in conservation by our media houses.

In the recent days, we have seen several media houses trying their best to bring out plight facing wildlife. Which is a good start and should be done effectively to avoid making things worst.

The Tv shows, films and talks should be able to clearly bring out the naked truth about conservation in our country. The involved personnels should also put an extra effort in researching or seeking knowledge about wildlife and conservation.

It’s very sad to watch a show whereby the anchor or journalist keep asking the wrong questions or unable to probe out effectively while addressing a conservation topic. They should be able to do their homework well. So as to get the best out of their sessions. We want the tough questions and details especially while questioning those who have failed us in the wildlife department.

We have talented media personalities that keep our politicians on their toes while questioning them about the failed developments and leadership. But we don’t see that while addressing wildlife stuff. We are unable to have answers but end up with more questions. And this sucks alot.

Technology has made it possible for Citizens to get information almost ASAP. That’s why Citizens will be in the know-how of what is happening in every corner of our country within minutes through our radios, television, blogs, etc. But its mostly about our corrupt leaders and how they are misusing our resources, among other evil deeds.

Very little attention is being given to our wildlife and when given, timing is not the prime one. So many will end up missing out. Which should not be the case. Just like you make us know when our leaders are proposing for their increments. Make us understand and know the importance of taking good care of our wildlife.

Just like agriculture, wildlife is the backbone of our development through tourism. It’s time we give it attention it deserves. FYI, wildlife is disappearing at a very rapid speed, and soon you may have nothing to report about tourism you like to brag about.

I understand you talk or show what brings dollar to the table, and wildlife brings more than that. As its value can never be measured by any amount of money.

Media make an effort to have an interest in understanding and appreciating conservation. Like the serious stuff, such as, the whos in the ivory trade, roles played by leaders in killing conservation, questioning developments shrinking our conservation areas. It’s time to address the tough questions surrounding our wildlife conservation. No time for being polite and smiley.

Our wildlife and other natural resources needs your undivided attention. Be their voice and hit hard.

9 thoughts on “Media as a tool in Conservation”