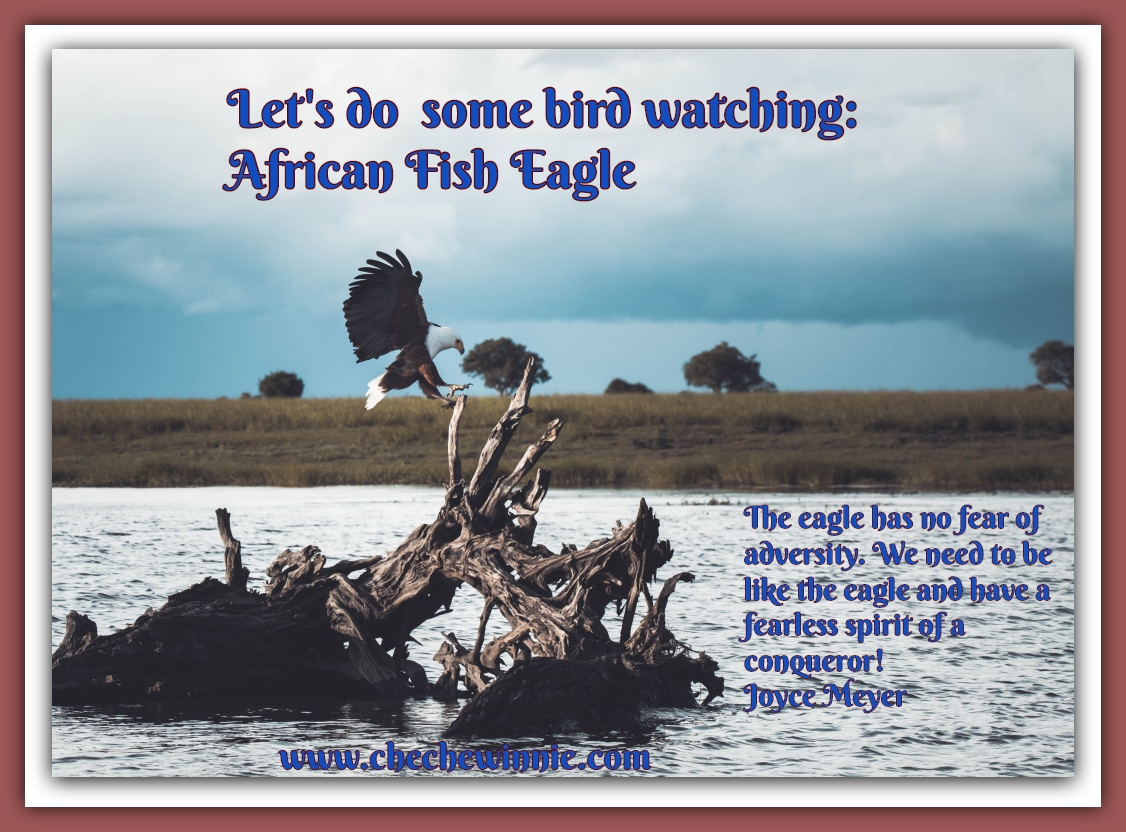 Let’s do some bird watching and explore more about the African Fish Eagle. Time to enjoy clarity through binoculars.

Unlike the usual wildlife observation including the mammals, reptiles, and other ground wildlife. Bird watching allows us to observe birds and test our spoting/hearing/instincts towards birds.

It’s a technique one can learn without going to a school for it. All you need is passion, binoculars, guide books and a place to explore.

It’s best to start off by joining the bird watching gurus. You may feel intimidated or “stupid’. But you will learn a lot. And with a continuous association with them, you will become one of them or even better.

Several of my friends are one of the best birdwatchers and exploring nature with them, is one of the best outdoor activities. They have taught me to understand how birds and other animals communicate. Hence able to spot such wildlife just by identifying the message signalled by certain birds. It’s an incredible experience.

Am still learning to a be a good birdwatcher. So for now, am sticking with the huge birds than I can easily spot.

It’s a very large bird. whereby the female is larger than males.

From their name, it’s clear that they feed on fish. They do feed on other marine creatures such as water birds, turtles, terrapins, little reptiles & amphibians, etc. Hence found around freshwater waterbodies.

They are natively distributed in sub-Saharan Africa. They just need an open fresh waterbody with plenty of fish and a good perch.

This bird is knowned to snatch prey from other predators. As well as from fishermen.

They have also been observed to hunt for prey many times bigger than themselves. Hence forced to drag the prey on the water surface to the shores. Since they are unable to fly with such huge prey.

The female African Fish Eagle can lay up to three eggs, and if all eggs hatch. The strongest eagles end up killing the weaker siblings to eliminate competition.

Due to their population numbers, IUCN have classified African Fish Eagle of least concern.

African Fish Eagle can be used to identify if a water body is healthy. This is because they can not feed on creatures in a contaminated water body.

10 thoughts on “Let's do some bird watching: African Fish Eagle”