Consider both sides of Human-Wildlife Conflicts 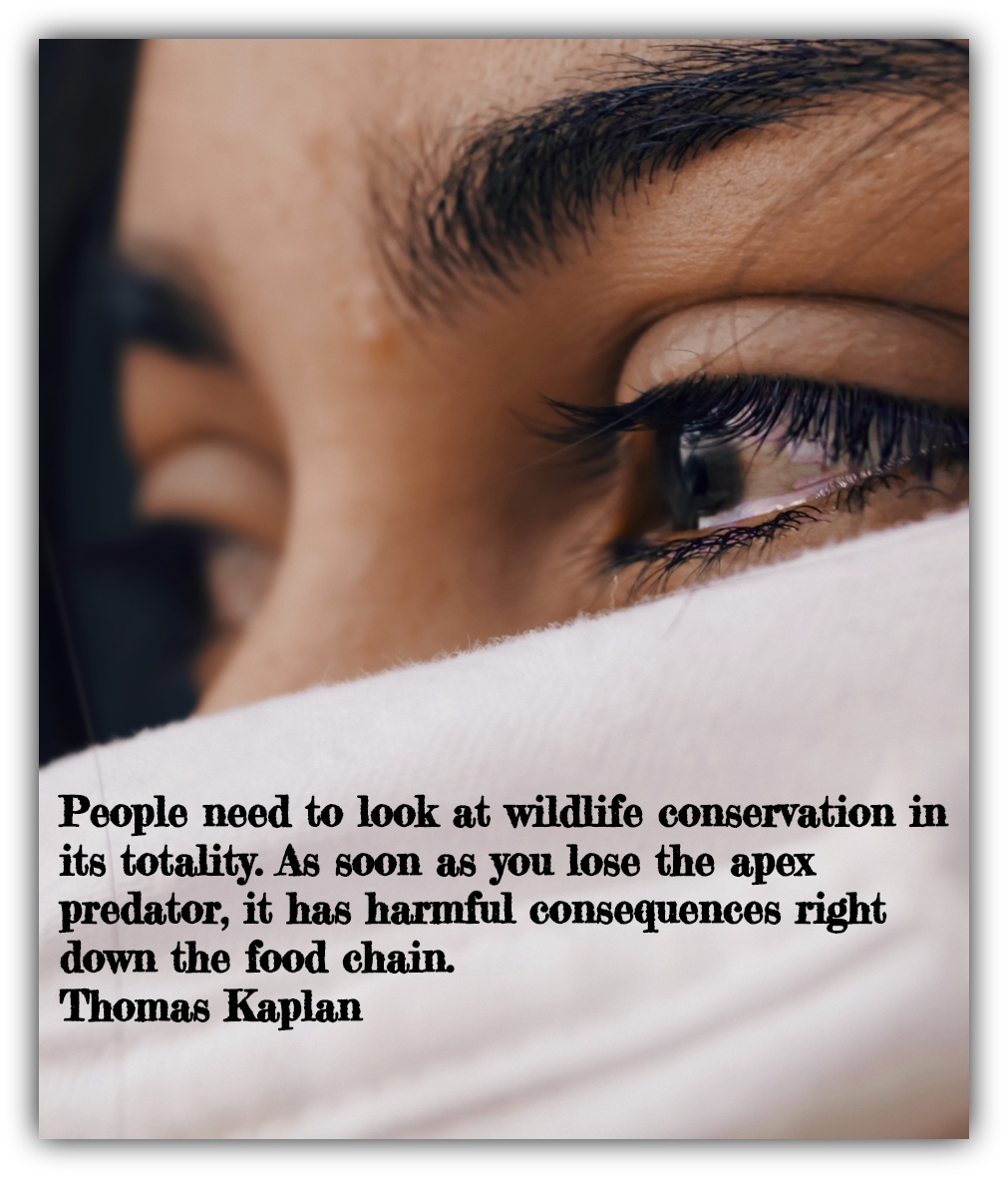 Do we really consider both side of human-wildlife conflicts? That is damaged caused to both wildlife and humans. Or do we incline on one side and neglect the other party.

Wildlife conservation success depends on people’s good will. As much as the wildlife is considered voiceless, we should not turn a blinding eye to the affected humans. We can start by trying to put ourselves into their shoes. Then maybe we can have a snippet of what human-wildlife conflicts impact their livelihood.
Habitat fragmentation and land encroachment are the major causes of human-wildlife conflicts. Conservationist have been advising and fighting about it for sometime now. And the governments have started reclaiming back such land. Although we are yet way behind to accomplish something conclusive. Wildlife land still remain under attack.

But does this means it okay to have humans hurt or killed by wildlife when they cross path?

I don’t think so. Human life is equally important as that of the wildlife. Each of these species will do anything to defend themselves when death threats face them. So if wildlife kills humans or the other way round, before we harshly judge humans . We should understand all the facts right.
Was the human within conservation areas? Was the wildlife outside their protected areas? Was their death as a result of defence? What were the available options at that particular time for both parties? With all these answers then we can ahead and do the ”blaming game’.
We live near  Lake Nakuru National Park and it helped me experience human-wildlife conflicts first hand. During my internship at the Hell’s Gate National Park, I was able to get to experience the conservation bodies part. And it can be a very tricky situation that needs 100% fairness.
Wildlife being wildlife will do what they do best irregardless of where they are. So if they found themselves in your homestead and you have livestock. Then that’s food for them. You are required to call wildlife rangers in such cases. You have to secure yourself, family and maybe your livestock before you get courage to make that call. Not forgetting what may happen as you wait for the response team to show-up. And this confirms how things can get really messy and complicated.
Baboons needs few minutes to turn everything upside down.
Did you know that baboons from Lake Nakuru National Park can distinguish between a female from the male? Through dress code. And they don’t fear females, they consider them weak. They will easily chase after thefe males. And run away from the males. Next time you pay Lake Nakuru National Park a visit, ensure you interact with the locals. And ask them about the baboon menace. Or visit Langa Langa hospital in Nakuru town and ask about the people admitted as a result of baboon attack.

What do we do?

Wildlife land has already been encroached and conservation areas are getting smaller each day. What’s next?
As we tackle the issue of land encroachment, we should embrace co-existing with wildlife. This was the case many years ago and still is in some part of the country. we just have to find the meeting point. Ranger’s response should also be shortest time possible to reduce causalities.
I remember one time when we were participating in responding to human-wildlife conflicts calls. We had to travel for hours to the destination. I thought to myself, why wouldn’t our team allocate the responsibility to the nearest ranger posts. If it were a carnivore or huge herbivore, am sure it would have done unspeakable damage before we got there. Luckily , it was just a lost Colobus monkey.
In Tsavo neighbourhood they have awesome equipment that can sense when wildlife such as elephants are making their way towards their homestead. Hence able to do something about it before any incidents happens. They are able to scare away the wildlife or radio the rangers for further assistance. And that has helped reduce human-wildlife conflicts. It’s a win-win situation for both humans and wildlife.
Communities surrounding Maasai Mara National Reserve is another example of a community that has managed to live with wildlife. Despite their conflicts once in a while, they have been enlightened on ways to co-exist with wildlife.

Most of the Kenyan wildlife live among communities. Not all conservation areas have been fully fenced. And humans live very close to these areas.
Now that we understand that fact, how do we co-exist peacefully?
Bigger part of conservation success depend on the local communities involvement. And there is no way a common mwananchi will turn a blind eye to destruction caused by wildlife when they interact. How many times have the locals blocked roads demanding wildlife be taken away to other places? Yes they are partially to be blamed for encroaching conservation areas. But its clear they have very little knowledge about wildlife and its conservation.
To them wildlife is a nuisance and competition of resources. With correct information, they will understand and appreciate wildlife protection.

Humans side to be looked after

If wildlife causes any damages or death, compensation should be a smooth process rather than a long process than never get fulfilled. Every life is important. Property destruction too deserves some concentration. Humans should also be fought for just like we fight for wildlife.

Wildlife seems to be at the upper hand already. Its a good step but it should not overshadow the other side. If wildlife gets killed under genuine reasons of life and death on the human side. Lets not pin down the humans involved as if their death would have not meant anything compared to wildlife.

Protected areas just like their name states should remain protected. If it is fencing that needs to be implemented in all conservation areas, then let it be. We have to reduce deaths of wildlife that roam outside the protected areas. Conservation education and awareness should be spread to everyone.

14 thoughts on “Consider both sides of Human-Wildlife Conflicts”