Why harm other living organisms for no valid reason? 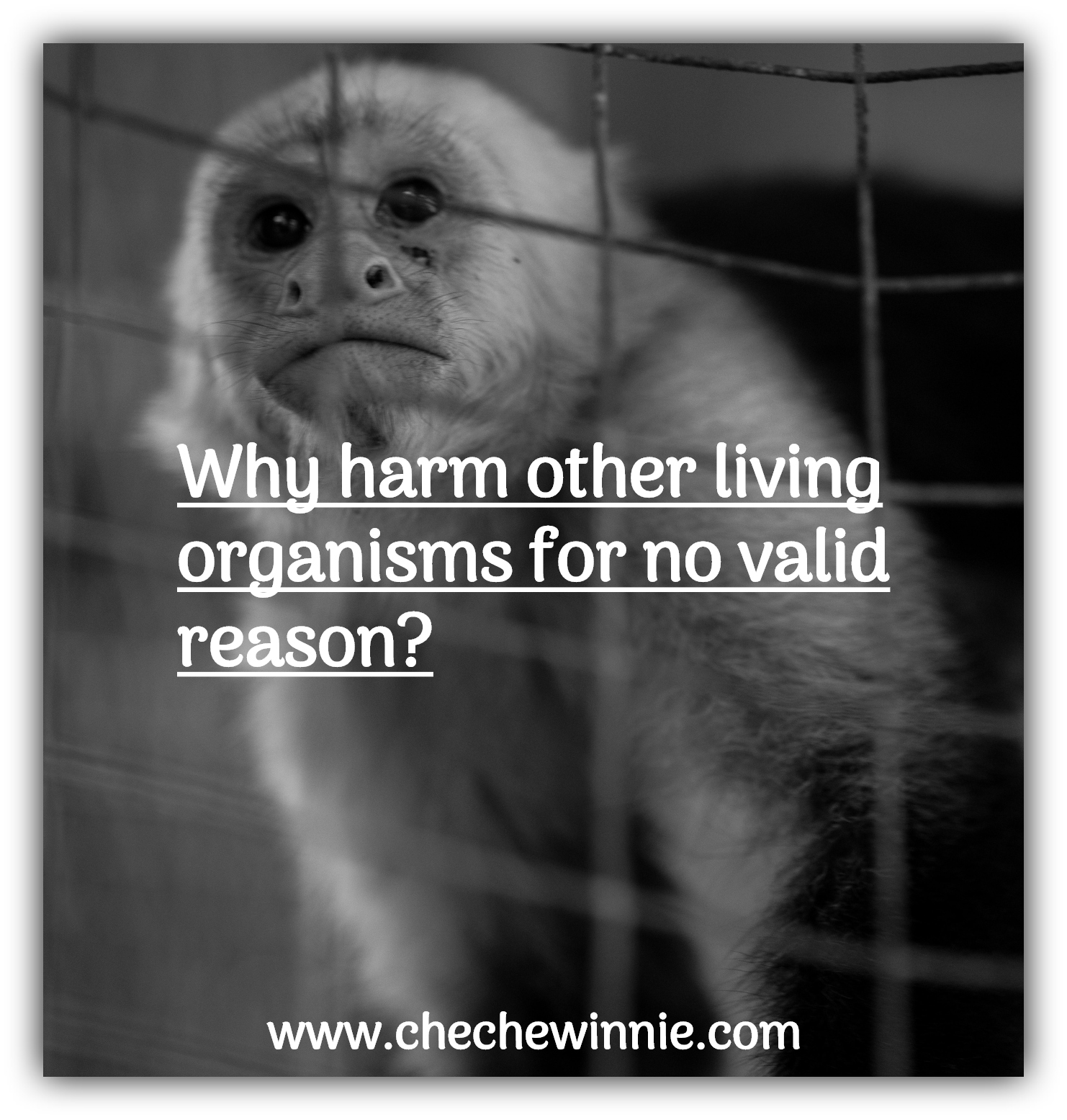 Why harm other living organisms for no valid reason?

Have you watched this heart-breaking video yet? Personally, I haven’t managed to watch the whole thing. Its really depressing and makes you wonder if humans still have humanity.

The poor thing gets slashed from humans while suffering an inability to move. Apparently, the events happened sometime last year. And KWS did go to the scene to save the jumbo.

What were these people thinking before lifting the pangas and landing them on the poor elephant?

Just the other day

Just the other day on my way home, I found a drunk lady that had been seriously beaten by these monster who seems to think, he is untouchable.

The hurt girl was so confused, the bus attendants saved her life before she almost got hit by the incoming bus. I think she did something out of drunkenness. But since the guy was not drunk, would he use the free-given common sense and cut this lady some slack. Or were his brains on break?

This incidence really made me mad and when I tried to call that particular SACCO where the guy works. They were busy blaming the drunk lady. And I am still wondering, what if the guy ended up causing death to this lady. Would they represent that to the courts?

It just made me wonder, why do humans take out their anger and unfinished business on others. Yet the problems still stick with you, as long as you don’t face them head-on.

Why would you come from nowhere and start causing pain to any living organism that has done nothing to you?

It has been concluded that we are a depressed generation, where suicides have increased. People killing each other and not being able to resolve anything in peace. Peace has become a vocabulary in our lives.

Where did we lose the way?

Animals may have different common sense, but humans should make use their common sense and make wise safe decisions

Humans are the only species that kill or hurt others for fun. Animals are known to either kill for food or self-defense. Without the knowledge that humans have, they understand the importance of life.

External factors are not the genesis of your problems, you are entirely to blame. Let that sink in. You are the boss of your life and whatever happens to you, you caused it.

Let’s stop running away from our problems and hurt others to feel better. That’s insane.

Every living organism deserve a chance to be treated with respect

It doesn’t matter who you are, what you know, or even how big you are. Your life equally matters just like everyone else, including animals.

Life is sacred, let’s stop taking it for granted. Once you take it away, there’s no way back. Sorries, regrets, remorse or even your own death. It doesn’t make anything right.

The planet needs all of us, animals included for a balanced ecosystem.

9 thoughts on “Why harm other living organisms for no valid reason?”