Elephants Trying to Keep Up with their Migration Movements 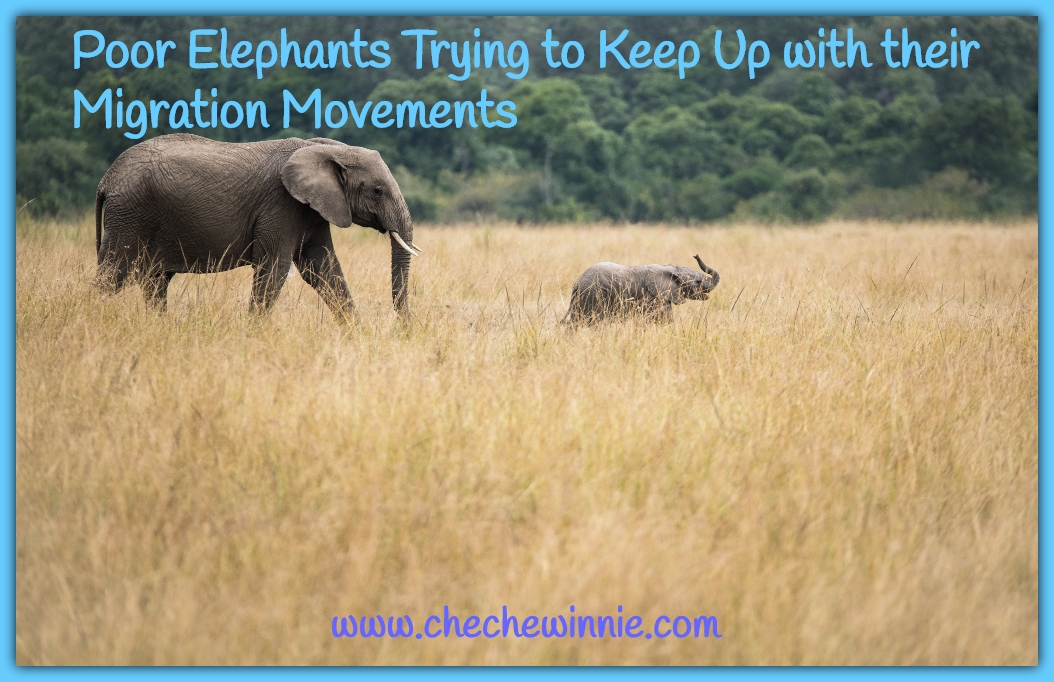 Elephants Trying to Keep Up with their Migration Movements

Elephants Trying to Keep Up with their migration movements in Kenya. They have been finding themselves in tight scenarios, where they have been subjected to unfavorable conditions. Their migration routes have been occupied and turned into farms by humans.

Our elephants in the wild didn’t get the latest updates regarding their corridors. They thought the route will be clear just like years before. They have been having a safe and successful migration before. But now that remains a history.

Almost all their routes have been sealed and fenced by communities living in those areas. And no way through.

Confusion and lack of way lead to confusion among these poor animals. Giving rise to human-wildlife conflicts. Humans and livestock got hurt, while some lost their lives, in the process.

All our media houses pasted how angry the residents were. What damage was caused by the “lost” elephants? But what about the elephants? Who cares what was done to these poor animals?

If you went for a safari for a few weeks, then upon returning home, you find your neighbor has turned your driveway into their home. With their huge camping van and refuse to give you way into your house.

Who do you blame in this scenario? Will you just allow your new neighbor to occupy your drive away? Will you move to another place? Or would you make them leave?

This is exactly what is happening to these elephants.

As much as we may want to give a blind eye to humans taking wildlife land, it’s not working anymore. Wildlife needs its space and the decreased one is no longer enough for survival.

It is not their wish to end up in our farms and homes, but they have no idea that the land is no longer available to them.

Unlike other smaller wildlife, that still manage to survive the decreased living space. Wildlife such as the elephants needs huge spaces and corridors for the day to day life activities.

Let us say as it is, we took their land hence subjected them to harsh conditions they are yet to adapt to. In the process of this confusion, they get angry just like anyone else. And stuff happens. Property and lives get destroyed.

They are not lost or confused, in fact, they are one of the species that has excellent memory and intelligence.

Even if we were to have the whole planet for ourselves and eliminate other species, it will still not be enough. We are humans, who want more and at a fast pace. And the only solution here is to understand our horrible behaviors and give respect to another living organism.