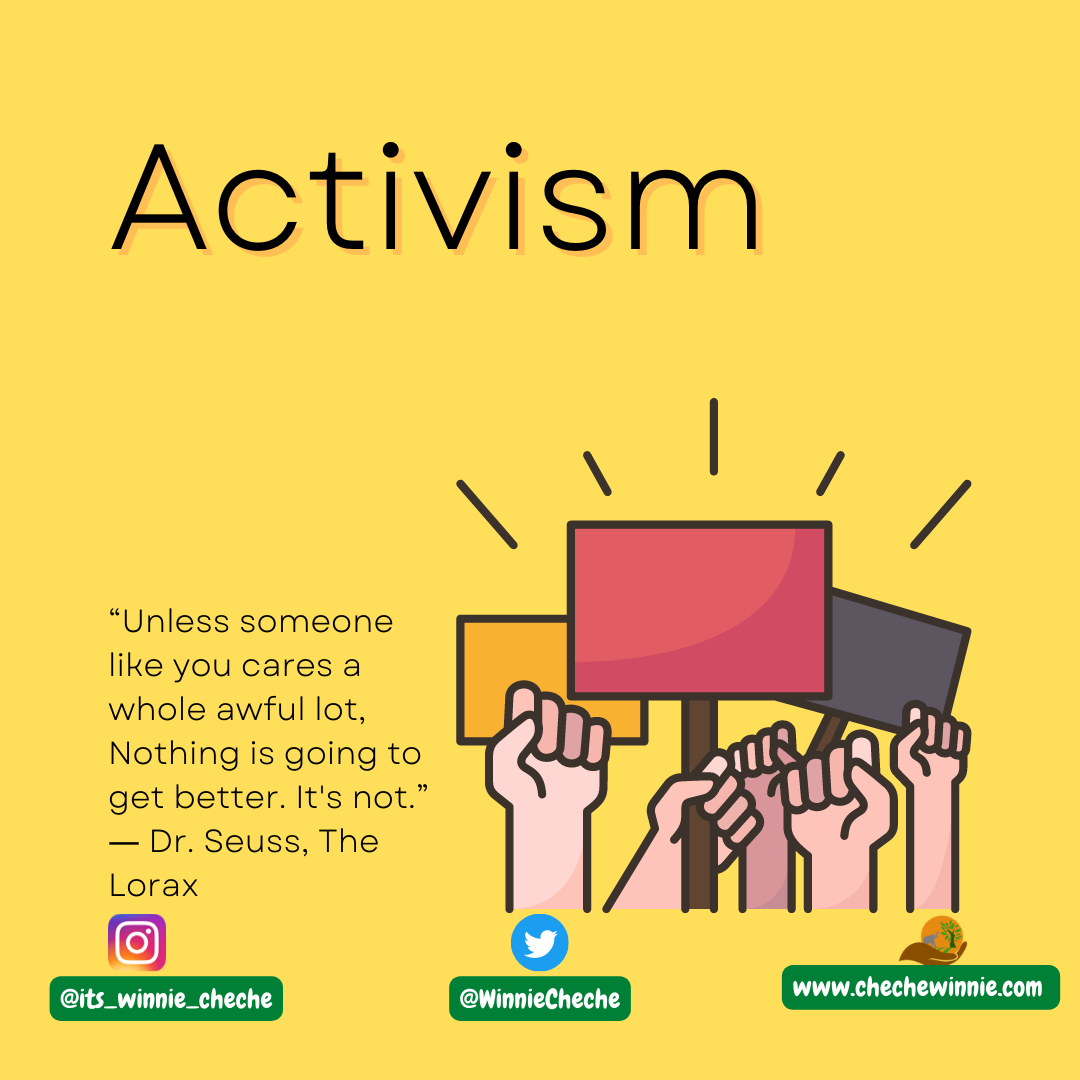 Activism is mostly born out of a passion for something you love /believe in /or are closely connected to. But facing challenges that make it impossible to happen or injustices around it. Just like true leadership, activism is not learned but it is deep-rooted in your soul till you realize it. When the right trigger hits you, you will find yourself doing everything to speak up and action.

How about Activism burnouts

Activism burnouts are quite rare. There’s no documented evidence of them at all. That’s because activism is not something you do—it’s who you are. As an activist, you embrace the world around you with a curious mind and open heart. You’re the type who wants to try everything once, but with the resolve and fortitude to push just a little bit further each time. Activism is not a limited resource; it will never run out, so long as there are people like you in the world. And that is an infinite number, indeed.

Activism is the policy or action of using vigorous campaigning to bring about political or social change. Activism burnouts are usually people who get engaged with a new topic, burn out on that topic and then move on without accomplishing anything.

Before we get into the negative stereotypes that many people have about activists, it’s important to understand what an activist is. Someone who is labeled an ‘activist’ is someone who uses time and effort to correct injustice or eliminate unfair practices. Activists are people brave enough to not just stand up for themselves but to stand up for others too.”

Activism is participation to change society in either political, economic, or social contexts. Activism can include teaching others, writing letters to newspapers, raising money, and rallying or protesting.

Activism is not just a movement to satisfy your moral values. It is an attitude. Once you realize that every individual can change the world, no matter how small the action, it empowers you to live a conscious life and be in control of your future.

We are defined by our activism. It is the fabric of who we are and it is woven through the course of our lives.

An activist is a person who actively campaigns for political or social change.

It can be difficult

Activism can seem scary and intimidating to a lot of people, but what you don’t know is that activism looks different to each person.

There are many stereotypes about activists. Some people think they are crazy troublemakers. Others view them as wild youth that has nothing better to do with their lives.

With so many activists, taking the time to understand who they are and why they are fighting is important. The word ‘activist’ can sound like a bad thing, but don’t let it fool you!   Activists are just people who are fighting for the rights of others.

“Unless someone like you cares a whole awful lot,
Nothing is going to get better. It’s not.”
― Dr. Seuss, The Lorax