Critically Endangered Helmeted Hornbill is being targeted for its Ivory 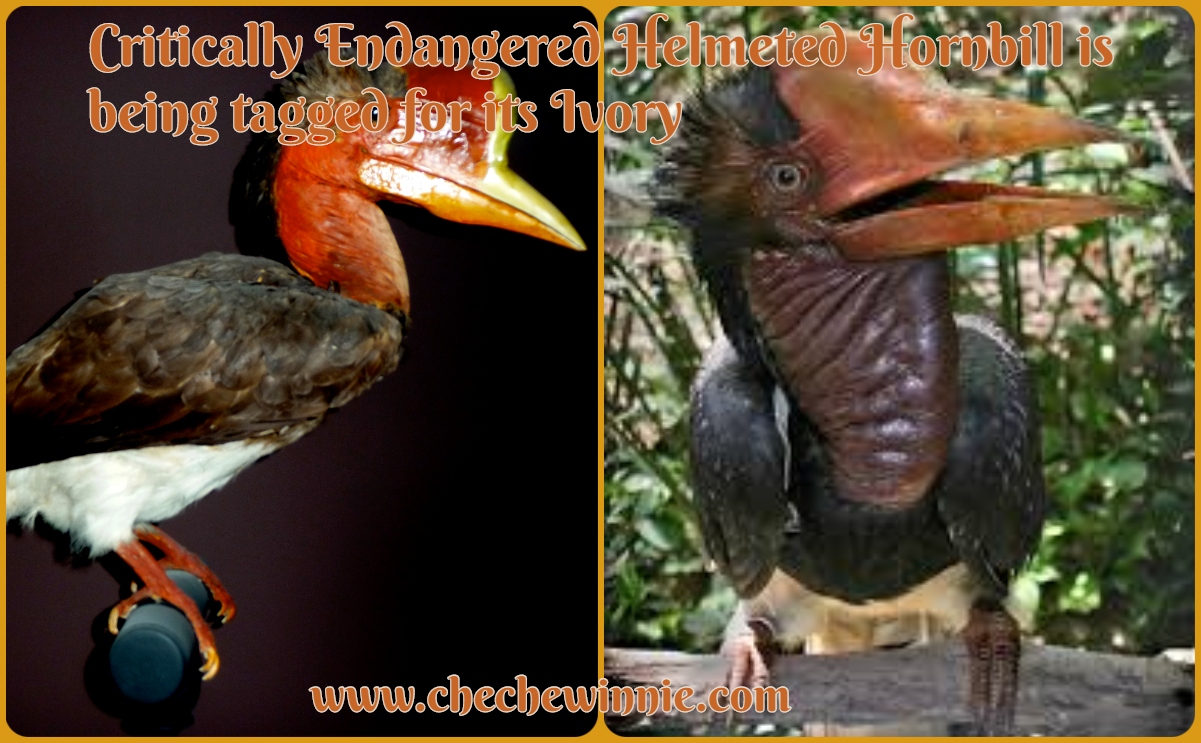 Critically Endangered Helmeted Hornbill is being targeted for its Ivory

Critically Endangered Helmeted Hornbill is being targeted for its Ivory. Whereby its ivory is found on its huge beautiful beak that makes 10% of its body weight.

It’s a very large bird with a wrinkled throat patch.

Where do we find Helmeted Hornbill ?

They mostly feed on the fruits especially those from fig trees. Also, feed on insects, barks, among other creatures.

This birds used to be found in various places, whereby they are currently extinct.

They can currently be found in Indonesia, Brunei, Thailand, Malaysia as well as Myanmar. But now extinct in Singapore.

It is found on their beaks, a piece of their body known as casques. Which happens to be a solid keratin in this bird.

It runs from the beak’s base halfway to the tip.

When did they start to be a target for this ivory

These birds have a target for some time now. AAnd this explains why they are now considered critically endangered and extinct in some places.

Unlike other ivory from the huge animals like elephants and the like. Ivory from these birds, can easily be sneaked in by the poachers.

Being soft compared to other ivories , they have to be subjected to heat before being used in making ornaments.

So how do you support fight such ivory and these birds?

First and foremost, it’s very important to never buy anything mae from ivory. By not providing market to such materials, they will have no one to sell these stuff too. So they will have no reason to make them.

We should also be whistle blowers in case we come across such activities.

Not forgetting to educate others on the importance of protecting all animals that may have any body parts with ivory.

Any part of the animals that have ivory, has the same materials found in our finger nails.

Lets stop practicing practices that make us kill such animals for a mere ornament or believe that it contains medicine to cure some diseases.

These are not enough reasons to cause death and extinction of these living organisms. We cause them all this agony just because of one tiny part of their bodies.

Stand up for these creatures and ensure the remaining ones don’t suffer the same horror experience.