Dangers of Wildlife Mass death in this Era 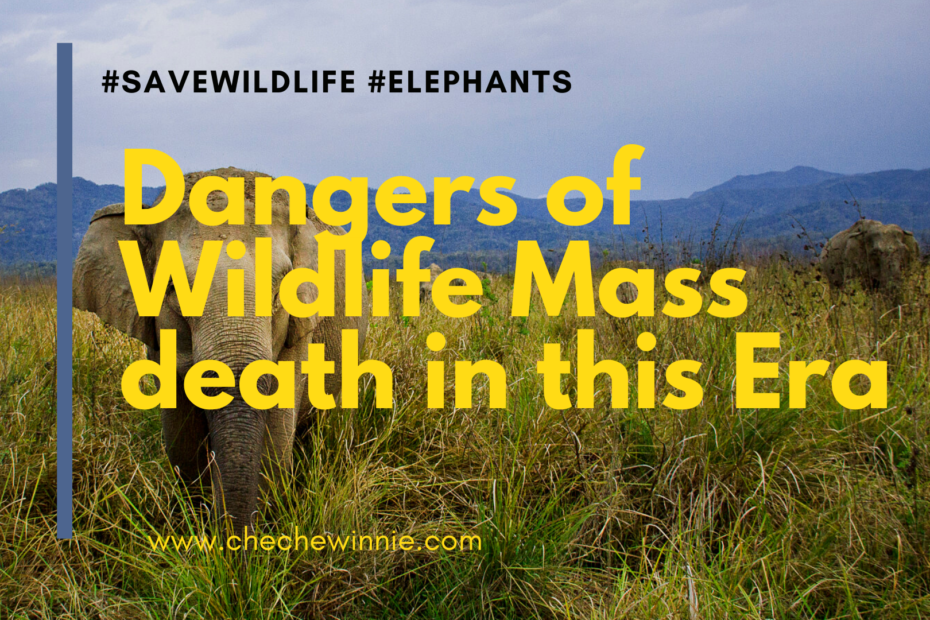 Dangers of Wildlife Mass death in this Era

Dangers of Wildlife Mass death in this Era. For a while now, we have been labeled as a generation promoting mass extinction of other species as a result of some negative activities we do for developments. We have occupied and displaced these species, as our population continues to expand.

The Mass death of Elephants in Okavango Delta

A few days ago, we got the sad news of the elephants that died in the Okavango delta. They were in a bigger worrying number, as a result of something we are yet to be informed.

This is a blow to all of us, especially Africa as we have been trying to keep these gentle giants alive.

Poaching and illegal ivory trade have taken them away from us in big numbers, And we have been doing our best to stop this.

So far poaching has been ruled out, as the tusks were found intact on the dead elephants.

A while back, we also witnessed the mass death of buffaloes in the Lake Nakuru National Park. Which was confirmed to have been caused by an outbreak of anthrax.

Luckily, we have always had a good population of buffaloes in this park. So the species bounced back in a short time.

What happens if the species is already declining

Poaching and illegal trade indeed lowered the elephant populations. And the need for space by growing Africa almost closed off the corridors and made space scarce commodity to the jumbos.

This provides unfavorable conditions to an already at-risk species to recover from just blows. Hence needs all the attention and help to bounce back.

We have been losing wildlife species in the wild at an alarming rate, whereby it only takes them a few years to disappear if nothing is done urgently.

We almost lost sitatungas in Kenya as communities encroached their habitat and hunted them. But through education and awareness, we were able to rehabilitate their home. And in response, their population bounced back.

Mass extinction is here with us and if we fail to address issues promoting it, we will lose wildlife faster than we think.

We need to invest in wildlife and give them a chance to survive.