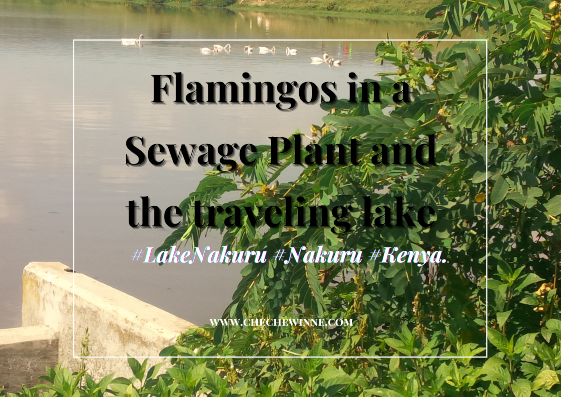 Flamingoes in a Sewage Plant and the traveling lake

As I took a walk to see how far the lake had managed to swallow the dry land, I was lucky to meet a ting flamboyance of flamingoes in a sewage plant. They were so unbothered by our presence, allowing us sufficient time to take photos as well enjoy the beautiful view. Some of the ponds still had untreated human waste that produced a really bad smell. Denying us the luxury to stick around.

The Flamingoes were in the already treated ponds

The water didn’t have any bad smell and looked really clean from the surface. At first, I was like why should we have these beautiful birds in a sewage plant. Flamingoes should be somewhere beautiful. Then I remembered all the nutrients found in wastes, and this was a jackpot to them. With the flooding of Lake Nakuru and less alkalinity, this was their found paradise. Sewages are part of important wetlands for conservation of birds too.

People are also able to watch these birds from the neighborhood as long as they pass by the sewage plant. I hope we have upcoming birdwatchers.

Before I traveled home, I had a call with one of my friends. As we revisited all the fun stuff we enjoyed when we were kids, the Lake Nakuru situation came up. And he was happy that people at home could now enjoy boat rides, fishing, and the lake’s new nick name (Lake Nakuja: meaning a traveling lake). It was hilarious, how would they come up with such a funny nickname.

He went ahead to tell me that the lake keeps moving day and night. And every day the movements are noticed. As much they were getting excited b all the possibilities made possible by the flooding of the lake. They were afraid of its movement.

So when I finally when home, I was able to witness what he was talking about. The fishermen also advised us on the routes, not t use them as the lake had already swallowed them. They told us the same thing m friend told me. That the lake keeps moving, so people really close to it have to be careful.

It’s funny that when I was growing up, I wished I could see the lake from the fences

As i visited wildlife in the famous Lake Nakuru National Park from the fences when growing up. I always fantasized about what the lake looked like, and wish it was viewable from the fence. But I don’t feel that anymore. Because I have witnessed the destruction it has caused to people’s homes. Not only is it visible from outside the park. But it is now outside the park.

Things are changing, are you?

It’s 20th October, a time to enjoy gift of another brand new year. Time to reflect on the progress, what needs to be changed, new strategies as well as goals.{...} 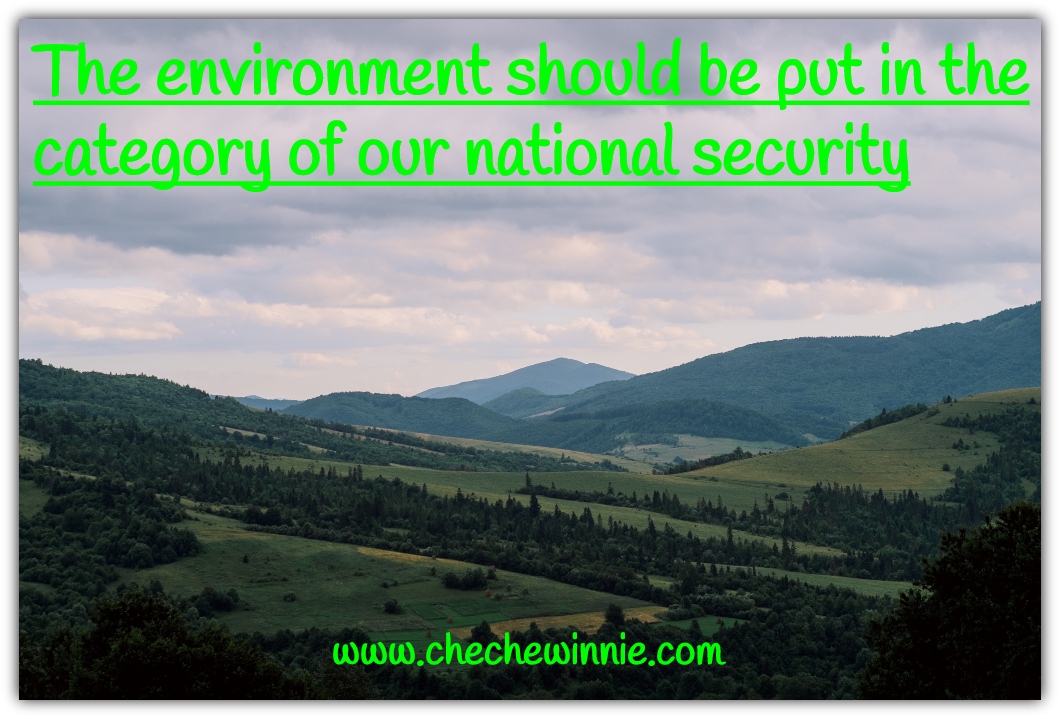