Let us think about Sick Wildlife in the Wilderness 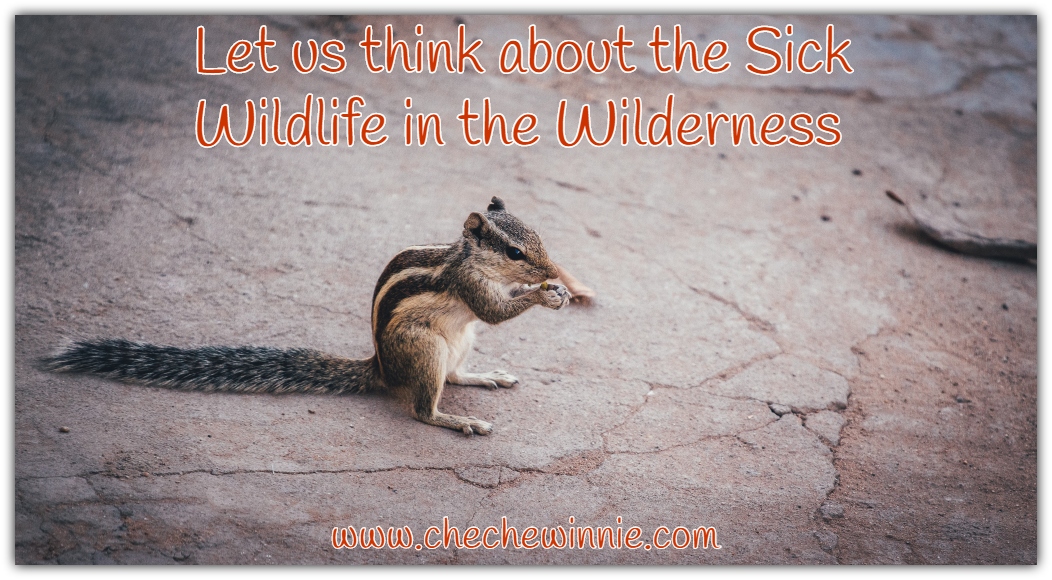 Let us think about the Sick Wildlife in the Wilderness

Let us think about sick wildlife in the wilderness. Just like us or any other living organisms, wildlife gets sick once in a while. Their bodies may succumb to a virus, get hurt or even get an infection. What happens next?

Managed conservation areas have personnel that works for both Wildlife and tourists. We have veterinarians that are stationed there for such incidences.

What if no one get to cross paths with the sick wildlife, or those diseases that have to kill them in huge numbers to be recognized.

Sometime back, one of the national parks near my rural home. Had a terrible incidence whereby, we lost a huge number of buffaloes to anthrax. It was tragic.

As you can tell, despite being in a managed area, wildlife still suffer sickness.

Surprisingly, they are the most resilient ones. But sickness times bring them to knees.

They may end up getting involved in a hit and run accidents. Consume something that has been poisoned or dangerous for any life.

Not many humans will be patient for a mongoose, cat or any other small animal to cross the road. While the bigger ones are saved by their size, I don’t understand why someone will comfortably hit an animal and drive away.

The same way we ask for ambulances for humans, we should be able to alert wildlife personnel to come rescue the injured animal.

Pollution is killing our animals too

When we pollute our water bodies with chemicals and other substances. Where we have marine life, they end up succumbing to death. They are not able to run into any safety, but painful get consumed to whatever we have exposed them to.

Climate change side effects are also taking a toll on them. They are declining in numbers and even getting extinct.

Wildlife too gets sick and may need medical help.

Let us be more concern about their health especially when they are sick.