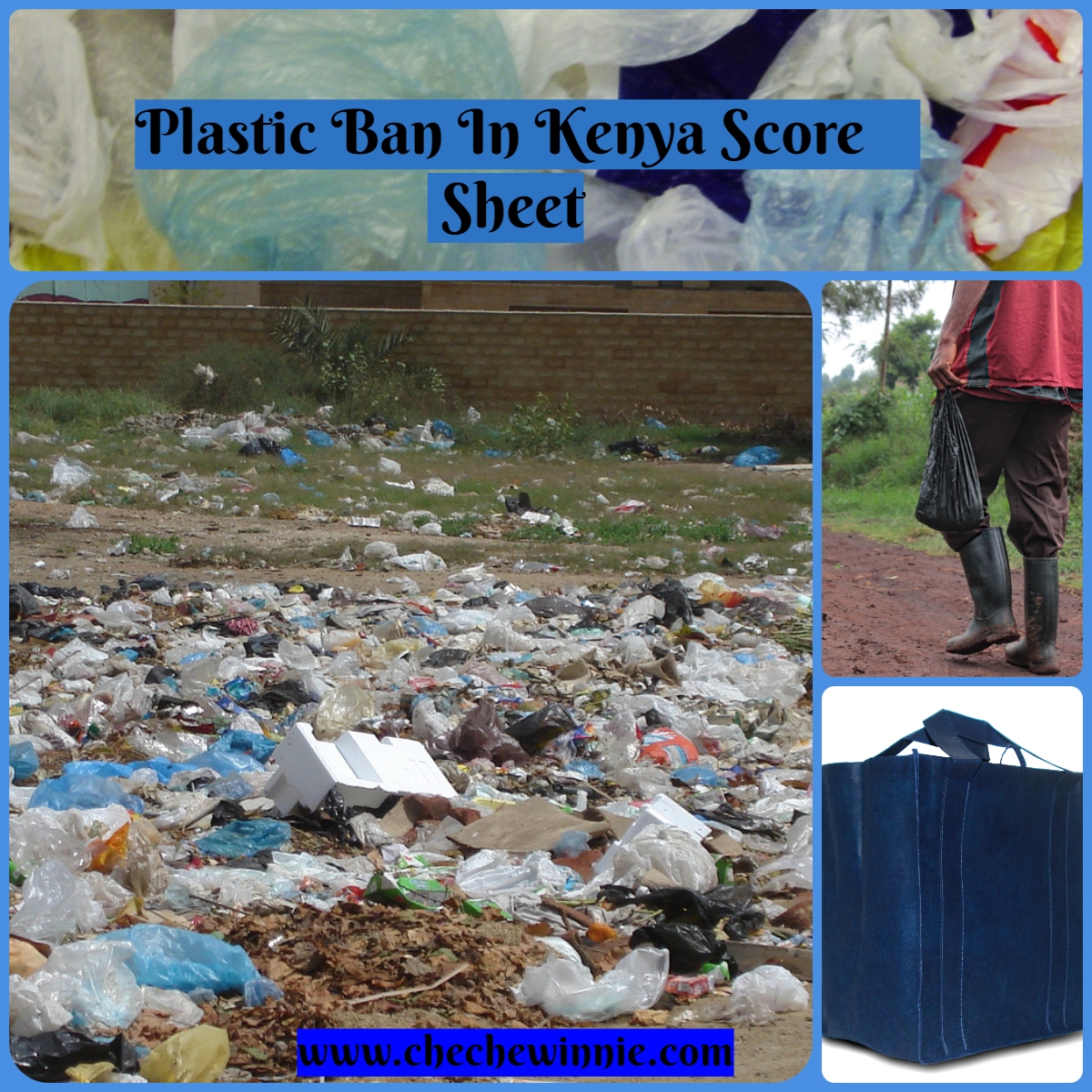 Plastic Ban In Kenya Score Sheet. Time to check how far we are since the ban. Do we have anything to celebrate about? What are the winnings?

On 28th August in 2017, Kenya took the bold step of banning plastic bags. They also introduced heavy fines and jail term for those who may think of defining the law.

The law was not welcomed with an opened arm but with that paid off. Most people don’t like changes. Especially ones that would make them digger into their pockets. They tried demonstrations to the courts, silently rebelling the But they are eventually it. SOme of who are praising it. Change is not bad most of the time.

Let’s see what we have achieved so far

Gone are the days when you didn’t care of having a shopping bag with you. Since plastic bags were easily accessible and cheap. And even offered for free at the supermarket.

Nowadays , everyone do their best to always have a reusable bag with them. Since if you have none and need to get something. Then that means you will have a buy a new one. Adding to your budget.

The males too had to embrace the act of having a reusable bags with them.

It’s a good move and practice for our society.

No more flying toilets in plastic

Some slums in Kenya especially in Nairobi were notoriously known for flying toilets. These flying toilets used the plastic bags to transfer these waste. And they rrely cared where it ended up or its healthy effect on the other people.

Human waste can be a very dangerous thing to be exposed to. It’s a waste concentration full of diseases, bacteria and other harmful stuff. So when you get exposed to someone else waste, there’s possibility of affected. No wonder there was rate of diarrhea in such slums.

Air pollution to another problem. The flying toilet will land somewhere where it will burst from being stepped on. The smell that comes from that spill get rid of all the fresh air. Hence creating uncondusive environment.

Waterways are now experiencing less blockage due to absence of plastic

Plastic were notorious in blocking our water ways as they carried huge gabbage with them. This led to bursting of water pipe and other problems to our water bodies.

The fishermen’s nets were not spared either. It caught more plastic than fish.

Our river now have almost zero plastic bags flowing in them. Unfornately , we still have the plastic drinking waters, straws, non-reusable utensils, etc. That are yet to be addresses. But I don’t think they will be a problem for long. They will too be eliminated.

We saw livestock that died due to of plastic bags as they partake their meal. They would confuse them for food. And after doing so for several months or a year. The plastic bags in their stomach would tie their intestines together giving them an early death.

All could be revealed when they got slaughter. As their stomach could reveal all the plastic bags that made their way into their stomachs.

The ban helped to reduce possibility of having plastic bags flying in the fields. So our livestock no longer brush shoulders with them.

Our environment looks better and cleane

We are yet to have the most the needed cleanness but we have moved a step closer.

The streets no longer have plastic bags flying all over the place. Or have it lying around, hanging on the power lines or decorating our trees.

All that is now gone. It’s yet to be so in some interior places, but they are coming to pace with time.

I would be lying if I stated that we have scored 100%. We still have some distance to cover yet.

Confusion and loopholes at the borders

Countries bordering Kenya are yet to ban use of plastic bags in their respective countries. We trade freely with these countries and this has complicated things.

Their commodities wrapped in plastic bags will still sneak into our countries. Hence dragging us behind.

The reusable bags are also expensive to what we were used to paying for the plastic bags.

Business that used plastic bags for their packages had to dig deeper into their pockets. The biodegrable materials are much expensive. Yet they still have to sell us their stuff at the same price as it was when they packed it in the cheap plastic bags.

But for the sake of the healthy of our environment. It’s worthy the sacrifice.

It will be a great deal and success if our bordering countries would embrace ban of plastic bags. It will add some strength to this fight hence a win win to all of us.

Reusable bags may be expensive, but plastic causes more losses than we can comprehend.

As we have seen, the score sheet looks pretty well and encouraging. We have made great steps. Few more steps and we will have one of the cleanest country.

Let’s continue encouraging embrace of this noble act and save our environment from being choked by plastics.