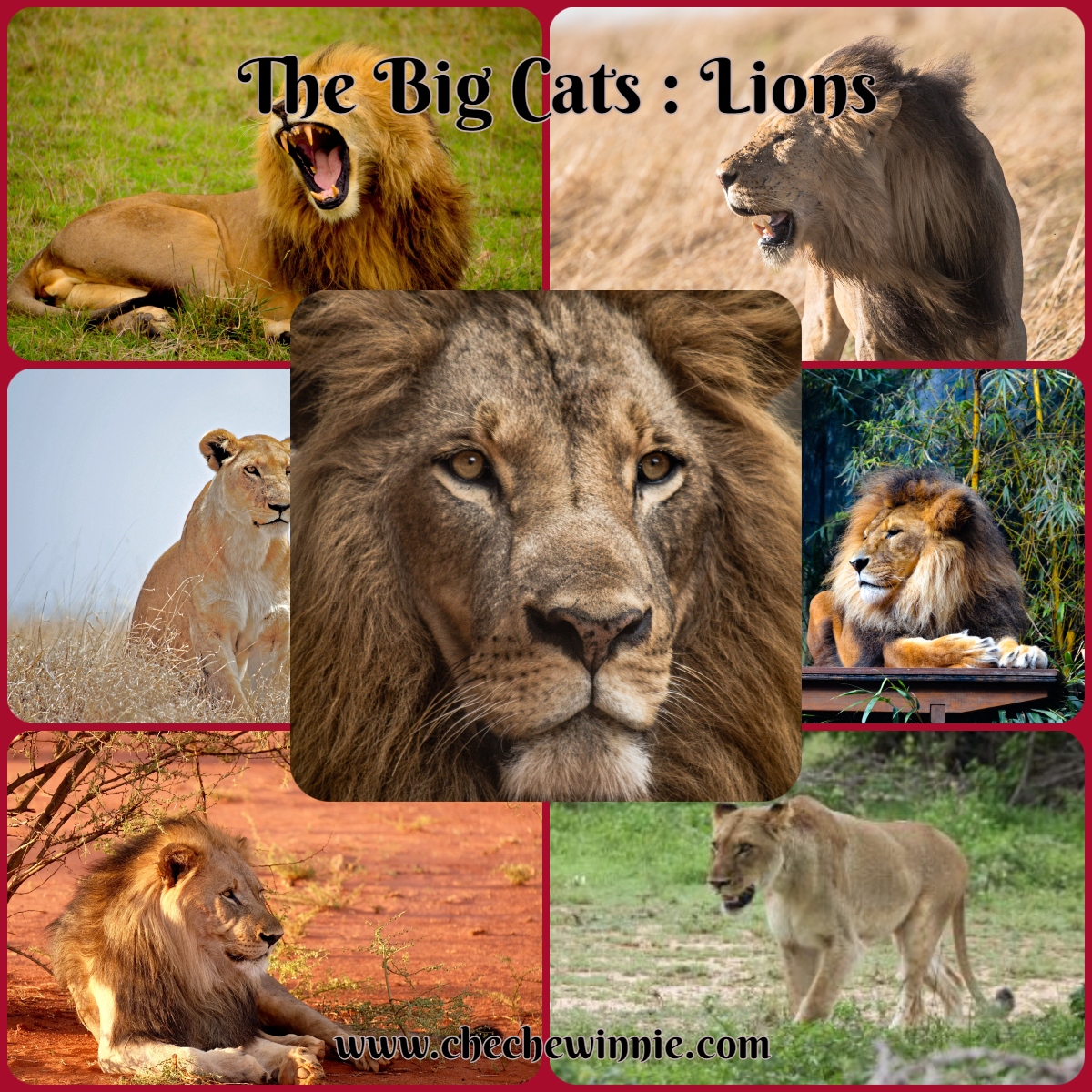 The Big Cats : Lions. Very huge cats that live in the wild. Although they have been introduced to various forms of activity. Just like our domestic cats, they are cuddles, no wonder the close connections with humans. Funny enough, the big cats are loved by both male and female.

Why do we give women who love cats funny names? Cats are amazing pets, amazing companion and showers their owners with true love. Just to name a few. We also have males who love and have cats at their homes. So yes, they are one of the best pets to have at home.

They are muscular, deep-chested cats with a short, rounded head, a reduced neck and round ears, and a hairy tuft at the end of its tail.

The males are larger compared to their female partners.

The males also have manes but female does have any. That is , lots of hair around the neck extended to their heads.

They live in groups known as pride which comprise of few males, related females and their cubs. The males are known of killing cubs belong to a different male while joining a pride.

Lioness do most of the hunting while the male lions offer security and mark territory.

Theyare the keystone predators, and have humans as their predator. In desperate moments, they have been observed scavenging.

Where can they be found?

Lions are widely distributed within Sub-Saharan Africa as well as West India.

They occupy both grassland and woodland savannas, as well as forests.

Lion love their sleep and rest

They are known to take rest/sleep for about 20 hours daily. This means that they are only active for 4 hours daily. The four hours is between walking, hunting, eating, socializing, and grooming.

What can you do in four hours? Can you imagine if you were like a lion, able to fit all your daily activities under four hours?

Lions have been listed as vulnerable due to their declining populations.

Captivation has been used to help in boosting the ir populations. In that, they are taken care of , helped to breed and reintroduced into the natural habitats.

This has been one of the successful captivation mission for wildlife.

Habitat fragmentation and loss due to human activities.

Poaching in demand for their meat, bones, teeth and skins.