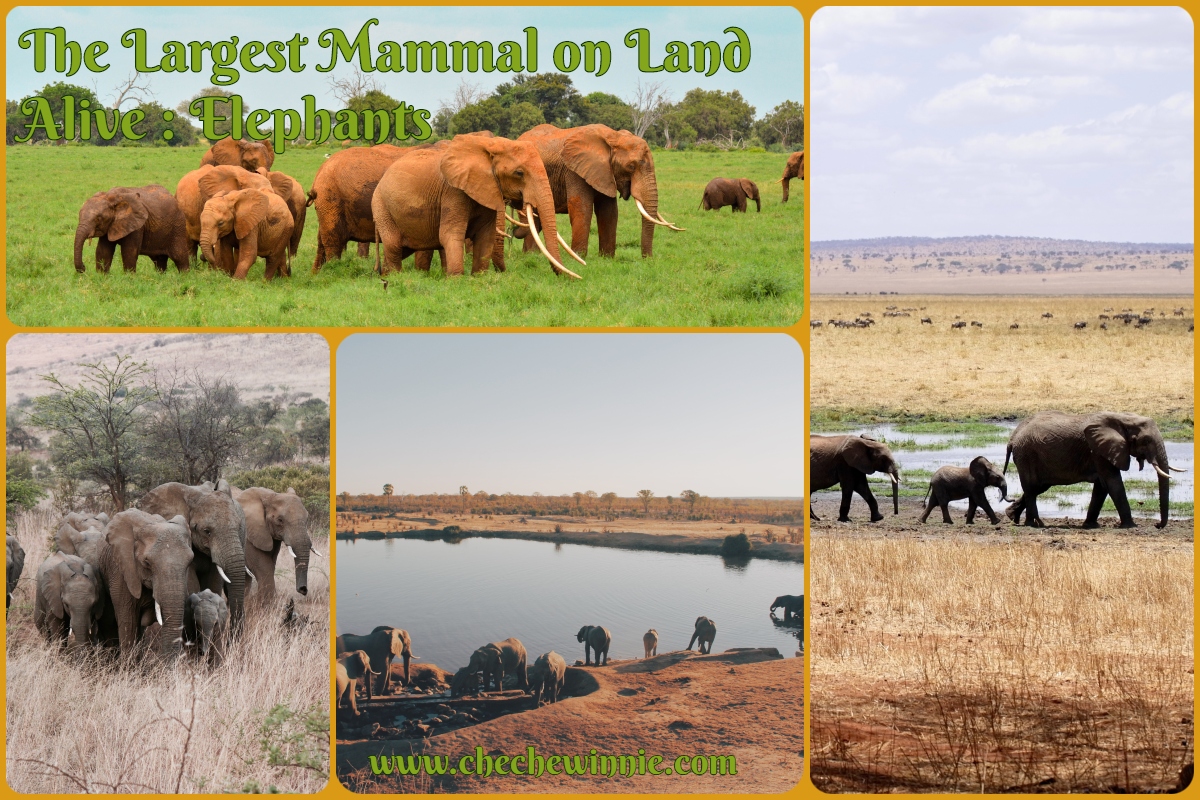 Elephants are the largest mammals on land alive. They are keystone species and have attracted attention of a wide variety of people. From researchers, tourists and anyone/anything that appreciate their uniqueness.

They are most unique wildlife with a very beautiful memory that is passed on to generations. Able to mourn their dead. As well as manage to handle little berries delicately using their nose, which is also known as their nose.

They can be divided into 3 species. Namely:

They can easily be found in Sub-Saharan Africa as well as both South and Southeast Asia. In places such as the forests, savannah, marques and even deserts.

They are able to use their huge ears to regulate their body temperature. Their ears allow them to release heat into the environment. Hence allowing the rest of the body conducive body temperatures. They do so by flapping their ears. African elephants have the largest ears as they occupy the hottest areas.

Did you know that their trunk has no bones? It’s made of up to 150k muscles components and little fat. It’s one of the most important body parts to them.

For African elephants, they have two finger-like extensions at the tip of their truck, while the Asian one, only has one extension.

The female live in groups of related families together with their valves. The oldest cow, known as the matriarch, leads the group.

The male too form their own groups. And come together with the females during mating. Some males may choose to live alone.

Fully grown elephants have no predators except humans. Although their young ones may be targeted by predators such as lions.

This means that all elephants species fate lies in our hands. Whatever we decide to do, may either save them or make them go extinct.

The tusks contain same material as our finger nails. So there’s no point of killing them for that. It has no medicinal value. It’s just a huge stupid belief that needs to be dropped.

6 thoughts on “The Largest Mammal on Land Alive : Elephants”