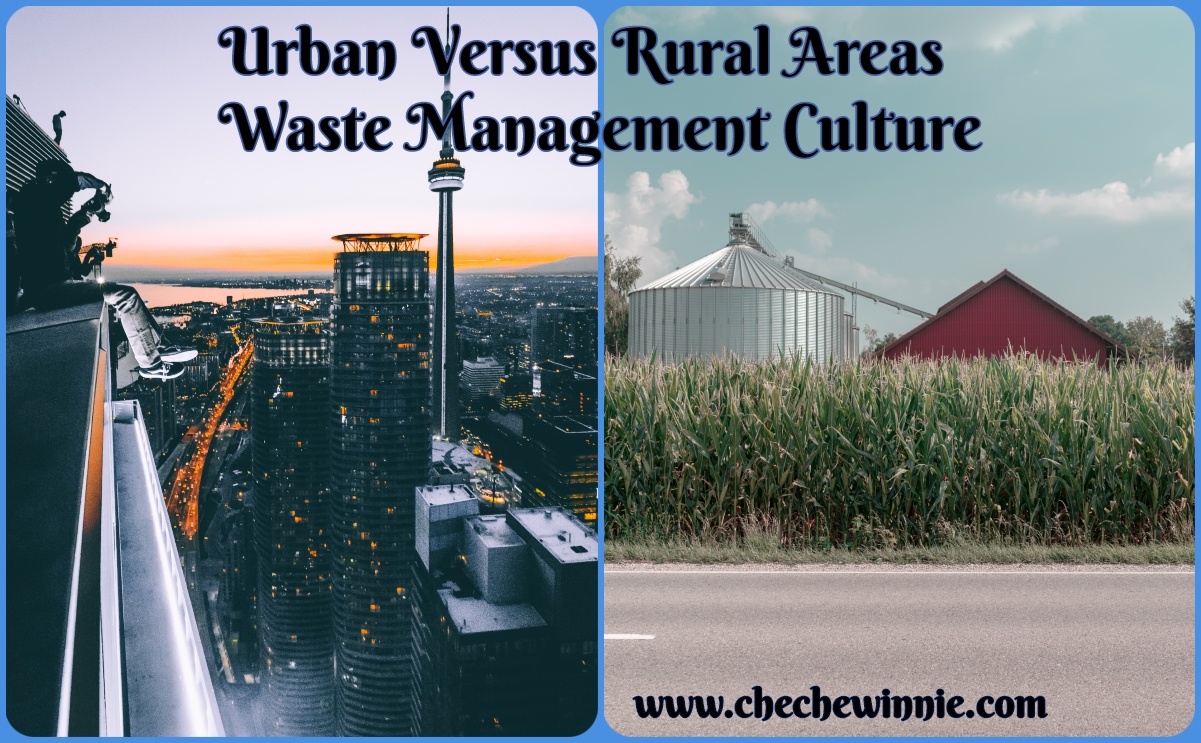 Urban Versus Rural Areas Waste Management Culture. Same species but different behaviors observed. The urban culture seems not to care much of their treatment towards the environment. While the rural culture has little to expose the environment to.

People in the rural areas seem to have a better waste management culture despite not being educated much about it.

Food wastage is almost a heard off in rural areas. They will always consume everything they cook. And if they happen to have some , it will be consumed as breakfast, the following day. No food is allowed to go to waste in these areas.

They also have a culture of serving themselves what they can clear from their plates. Someone better add some more along the way, than leave halfeaten food in their plates.

They are also less exposed to the many packages. They are not addicted to the various unnecessary packagings.

Unfortunately , they do have some downsides:

Some homes may lack latrines, hence using bushes for their human waste. This is not healthy as it may promote spread of diseases.

Lack of tap water has lead them to depend on water bodies such as the rivers. Where they happen to do other stuff that need water there. From washing clothes, utensils, as well as bathing. The guys in the downstream may be forced to consume water that has been contaminated upstream.

People in urban areas are the worst when it comes to waste management.

We happen to be one of the people who will easily throw thrush outside our moving vehicles. Without having a second thought on the consequences from such an act.

Same people that will serve every bitings into their plate in a buffer. Only to consume a quarter of it and leave the rest to go waste.

Funny enough, this group of people are struggling to pay our bills. But fail to see the money we are losing in the wasted food.

Waste management is worst in the urban settings.

Whether in rural or urban, discipline in wastage management s key and mandatory.

It’s a matter of being conscious in each decision we make while dealing with anything before it turns to waste.

Did you know that waste contribute to green house gases that promote climate change? Yes they do. So that food or anything making up your waste, will cause global warming in the near future. Exposing you to the negative effects of climate change.