Ways My Pets have been awesome to me 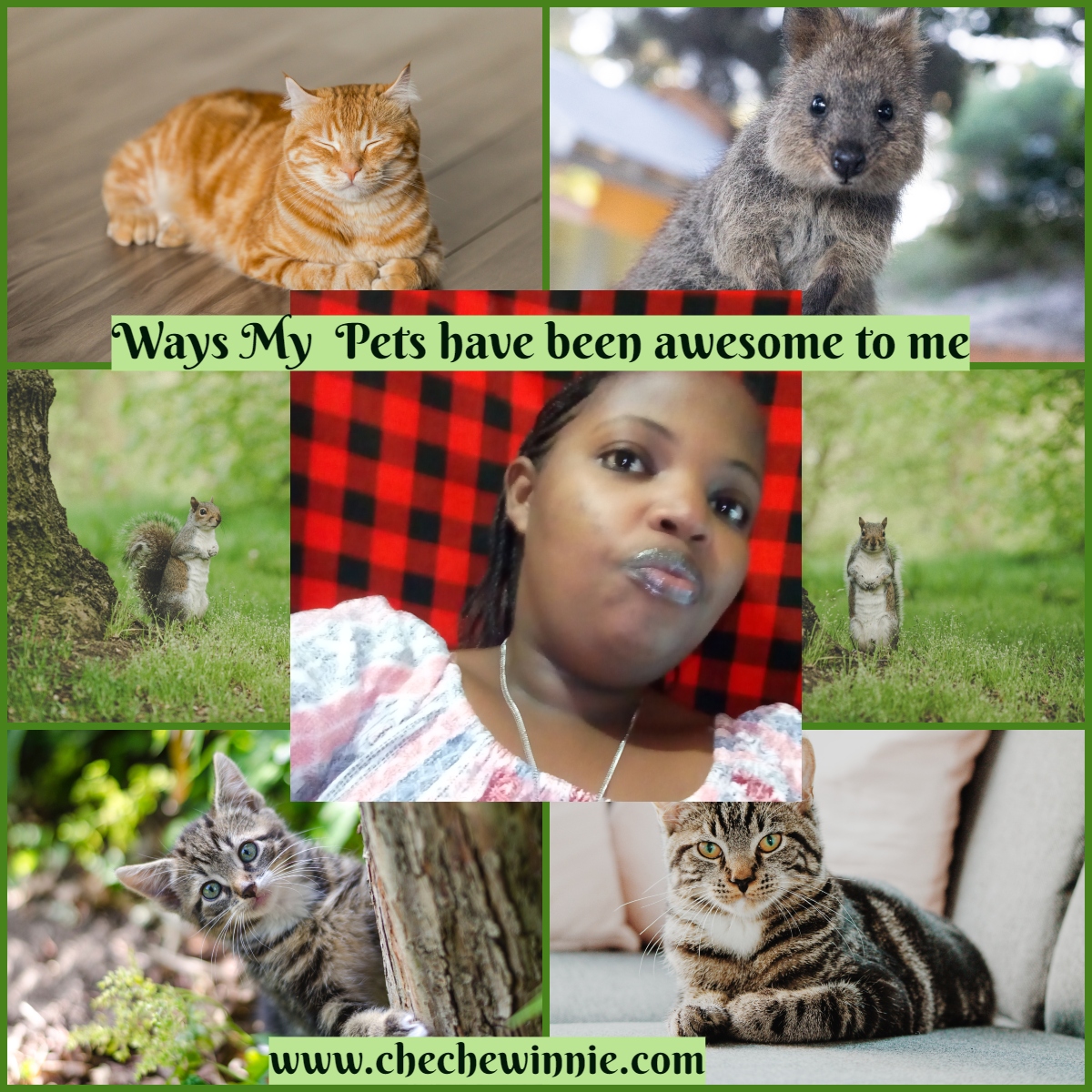 Ways My Pets have been awesome to me

Yes, there are various ways my pets have been awesome to me. They have been literally my life guardian angel ever since I was a small kid.

Being the shortest, shy and fat kid, you become the easiest target for bullies. They will also pick on you, as they make your life at school miserable and kinda a hell on earth.

I was quite bullied at school and due to my introvert nature. I rarely shared with anyone , except my pets. My bullies upgraded their technique each passing day and they seem to enjoy this hellish ride.

Back at home, it was different. My parents tried their best to create us a paradise. They offered what they could and help us understand why they were unable to provide some of things we may have requested. They encouraged open communication but there was a little problem.

They both worked in our shop which happened to be the same place where we lived. So they work up ver early to open the shop, and closing time was pretty late. So if you needed to tell them something or have a talk with them about anything. It would have to happen at the shop. So somehow, it was not an easy place to go and tell mama about the bullying stuff there.

I feared the customers hearing of my problems and the interruptions as they come to buy stuff. So as much as mum encouraged us to tell her anything bothering our little souls. Her schedule was pretty occupied.

And this where my pets came in handy. Luckily dad introduced me to pets very early . My first pets were a cat and two squarrels. They were my world and everyone in the house respected their existence . Even if they did like the company as I did.

My pets listened to me

They gave me undivided attention. Listened to my problems, happy moments, crazy ideas and everything I had to say. They looked into my eyes as I spoke. Most of the time, I found myself believing that they understood me and what I was telling them.

We could have a meeting everyday after school. I would tell them how my day was, as I fed them. And they never interrupted me. They seem to care and that erased all the pain. It was as if I was in a therapy session. It was so heavenly.

They gave me genuine companion

Have you ever being with someone who doesn’t really appreciate your presence. Or act as if they have been forced to be there. It can be really annoying. And you would prefer to be alone than with such people.

My pets have acted that way to me. They will always light up when they see me. Come meet me happily and make their presence noticed. My cat will make me rub her head. They will rub my feet. Dance with me and during dull moments, lie beside me peacefully.

They fully support me no matter what

Do you talk to you pets? Everyone who have pets does this all the time. And if you have a very close relationship, they will sometimes agree or disagree with you.

It’s a relationship that allow each side a say in the conversation.

I don’t like causing anyone pain. Hence will think and rethink before doing something that may cause effects on others. I will try my best to do the right thing but not in a cruel way.

I would try to explain to them why am doing whatever it may be. Like teaching them not to cross paths of my mother and sister. Because these two human beings, don’t do so well with animals. And will occasional send them flying all the way to the floor.

My pets would think that everyone will appreciate them just like a did. Hence jump into their laps or make the happy jump for them when they get home. Only to be ignored. It would really hurt and I could see their disappointment.

Sometimes it could be really hard to say it out loud. So I would simply cry it out. Locked in my room I would cry as much as I wanted as my pets lie beside me trying to rub themselves on me. They would play with my hair, rub my face and even try to lift my little fingers.

They would not do the happy jump during such moments but rather try to comfort me. They would hold their active nature till I lighted up. They were that patient with me.

They promoted activeness in me

I was not an active kid and spent most of my time behind locked doors. I felt safe behind the doors. Didn’t play with the other kids because all they could do, was make fun of me and my weight.

Hence ended up not being very active. But my pets helped me make few moments as I engaged with them. They were the best play mates. We could play during weekends full time and at night before mom came to switch the light off.

They helped me not miss out so much as a kid. By allowing me play with them as I had no one to play with.

My pets were great audience

I love singing. So I would sing to them and listen to music as well. I could perform speeches to them. Preach to them and do a lot of crazy stuff. But they still stayed with me.

I could role play with them before going to my parent if I needed to request them for anything. It blasted boosted my ego and strength.

These are just few ways that my pets make my life awesome.

Animals are the nicest species. You may lose hope in humanity but animals with never disappoint you. You may do wrong to them but they will never hold that against you.

They are also very protective of what they love more than humans can ever be. Just try going new babies of any animal, and you will get it really rough. They know how to fight for what they value.

We need these animals especially wildlife. We need them alive. May be they can help us get our genuine humanity back.

Please be the voice that they need.

18 thoughts on “Ways My Pets have been awesome to me”