A Concern About Some Wildlife and Environment Institutions 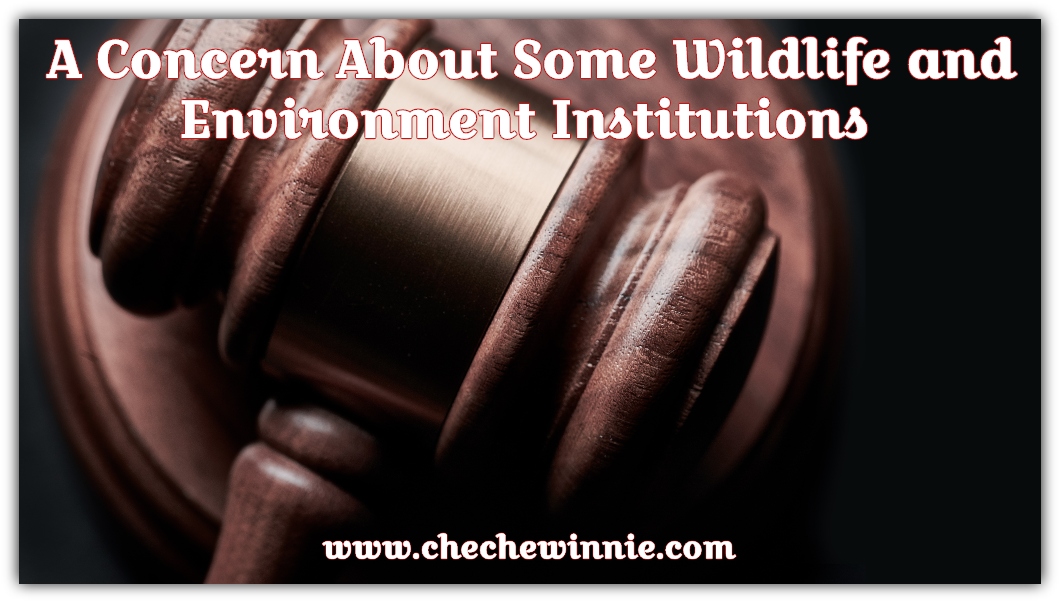 A Concern About Some Wildlife and Environment Institutions

When it comes to environment and wildlife, we may have numerous organizations and institutions tasked with ensuring that we all do right by them. They have been set up to ensure we don’t harm the environment or violate wildlife rights. But are they doing enough? And are we listening to them?

Wildlife and Environment Institutions are failing us

These institutions are slowly losing their use and failing in almost everything they are meant to achieve. They no longer have power or influence on stuff affecting both wildlife and the environment. Despite being assumed that they have all the power to ensure humans respect the environment and wildlife.

It has turned the other way round. They are there to be seen but not to be heard.

We may not have strong laws protecting our environment and wildlife, but they are not being adhered to. People and businesses, keep breaking these laws and easily getting away with it.

As long as there are profits involved, for a minute it seems like everyone forgets the fact that these laws exist and need to be respected.

We have several projects, that went against the interests of wildlife and the environment. And the consequences not only cause harm to the environment and wildlife. Humans too got affected, and the economy affected negatively. So, in short, we created more problems.

Why Do We Have these Institutions, if we don’t Respect them?

I always wonder we still have these institutions, yet they seem not to bear any fruits. Why do we have people getting paid for doing nothing when whatever they are required to protect, is suffering on their watch.

What are they doing in these offices? Who are they benefiting? Why waste funds?

I tend to believe that once an institution has been set up to protect something, they are supposed to do so. And hold everyone doing the wrong things accountable. Just because they have power, influence or anything that may cause intimidation. They don’t have a right to violate any of the set rules.

Activists are there to Support You, not do your Job

Despite activists correcting these institution’s failures, they don’t get support from them. In fact, they get resistant and sidelining as a ‘thank you’.They are seen as enemies, instead of friends.

If you are meant to protect the environment or wildlife, do the right thing. Be the truth voice that indeed speak for them. Humans have been known to be on the most selfish species, so when it comes to profits. We mostly choose ourselves over the others. Including our fellow humans. SO don’t allow them to do so to the voiceless.

Activists can do too much, but you guys hold the best cards. Don’t let them down, allow their effort some good tidings.

If you don’t do anything, the same thing that makes it possible for you to pay your bills will be no more. Then you will be out of jobs. I don’t think you would like that.