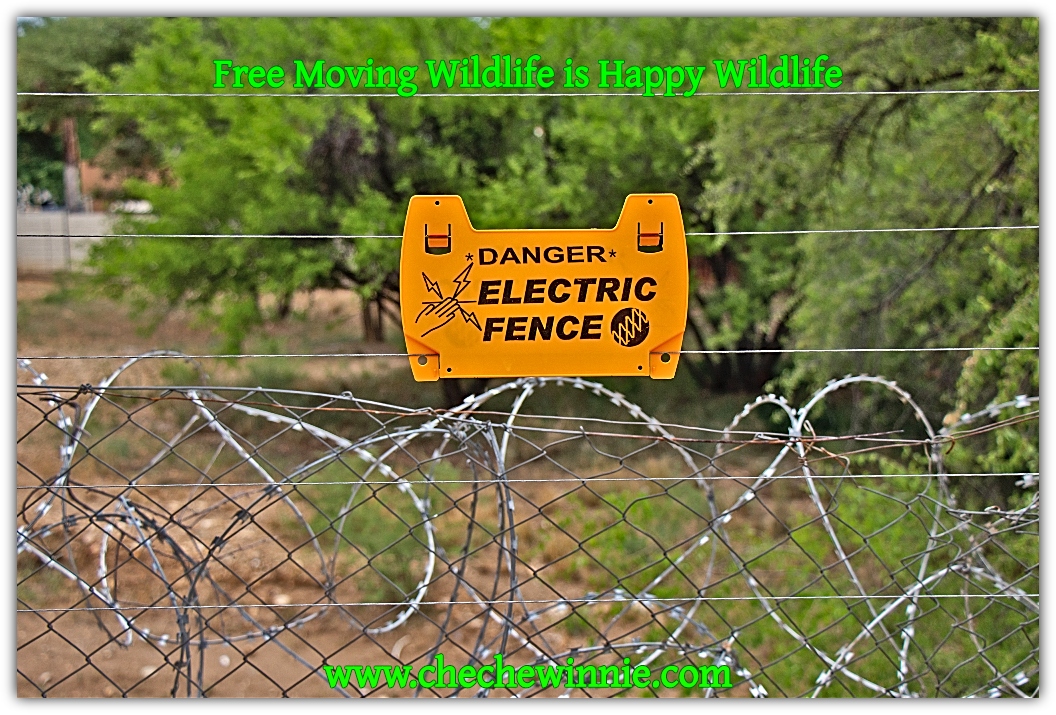 Free moving wildlife is happy wildlife. None of the living organisms thrive well under captivity. We all love freedom for almost everything. Unlike humans and domesticated animals that have adapted to some sort of captivity, wildlife doesn’t really understand any of this. And maybe dangerous to their health, when in extreme.

Do we really have to fence conservation areas?

Urbanization and rapidly growing human populations have led to the shrinking of the conservation areas. And wildlife is feeling the pressure.

Shrinking of the conservation areas have also promoted human-wildlife conflicts, which has made humans see wildlife as enemies.

The fencing may have restricted wildlife movement, hence reduced human-wildlife conflicts. But it has also negatively affected wildlife. It has cut them out from useful resources, and hence a concern that should be revisited.

Many many years ago, humans were able to co-exist with wildlife. Why not now? Definitely it’s due to the increased greed by humans. We want everything for ourselves. We are no longer happy to share stuff with other living organisms, especially wildlife.

It’s ironic that we love to spend time with wildlife in the Zoo, orphanage or safaris. But not in our backyards.

So yes, I don’t support the fencing of the conservation areas. Wildlife needs love too.

You don’t cage someone/wildlife you love. We allow them freedom and some TLC. Wildlife doesn’t need much, just some space and lots of love.

Just like the old days, let’s share this planet open-heartedly with wildlife. You can have tap water, they can rarely have that, especially those in the wilderness.

They cannot be domesticated by our fencing if they were that amicable. We would have managed to domestic them along those we have in our homes. Let them be free and wild.

Let’s share the resources willingly, and co-exist in peace.

Climate change is drying our water bodies in most places with wildlife in the wild. And melting the ice too fast for those in the poles. So it’s harsh out there, let’s not make things tougher for them.

As we fight against climate change, our solutions should cover wildlife too. Coz it will be a very ugly planet with no wildlife. Don’t allow it to happen.

I am lucky to use a highway that has free moving wildlife while visiting home. It is so amazing having to enjoy an hour or two with wildlife by the roadside, as they jump about when vehicles pass by.