Are we having any Islands Sinking due to Climate Change? 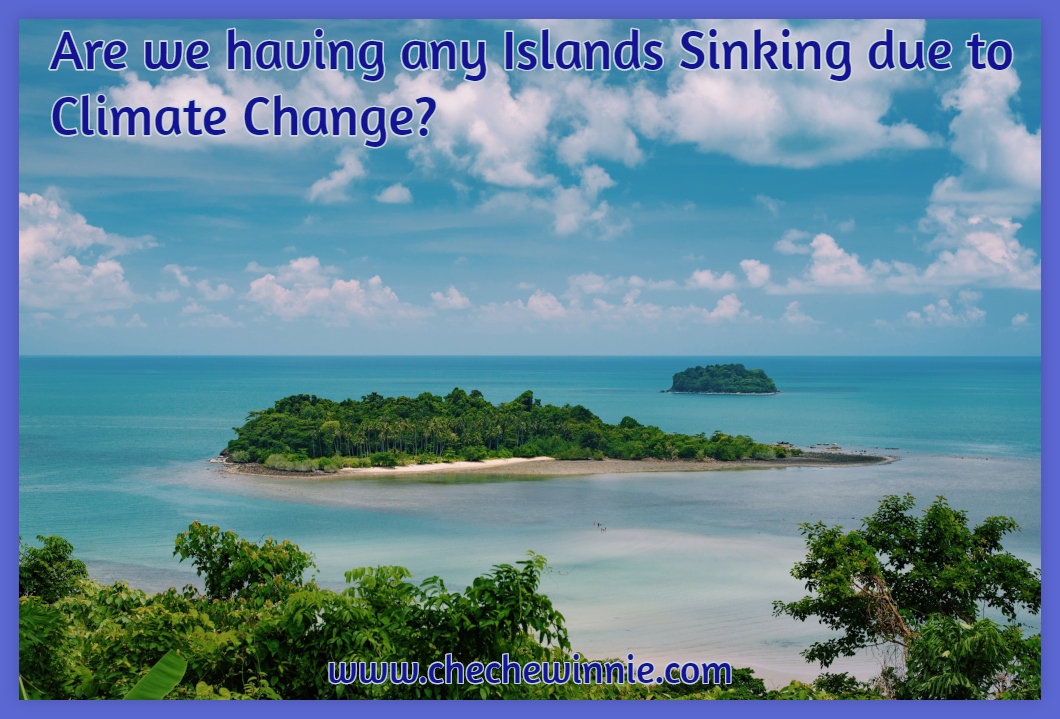 Are we having any Islands Sinking due to Climate Change?

Are we having any Islands Sinking due to Climate Change? Some agree, whie others disagree. Infact, those who disagree. argue that the said sinking islands are gaining size. Hence becoming bigger. There’s also a conflict on whether it’s human-induced or natural climate change, responsible for the sinking islands.

What is an island?

It refers to a piece of land surrounded by a water body.

We have various types of islands. Including:

Islands are very important to our ecosystem

They are best known for the rich biodiversity and most species are
endemic to them.

So which islands are sinking?

I was listening to TED talks and really sympathized with the president of Kiribati. It’s one of the sinking islands. He was trying to plead for a serious listening ear and action to curb global warming before his country finally disappears into the ocean.

He has been talking to many and giving them ideas he sees could save his nation. But it seems, it has been falling into dead ears.

Other islands that may be sinking if nothing is done include:

What is causing these islands to sink?

They are mainly sinking due to the rising sea levels caused by both global warming that is warming our oceans and the melting of the glaciers.

Global warming affecting levels, is human-induced from the human activities emitting heat. That is warming the oceans.

The sea levels have been rising for a while. Hence resulting to storm surges, frequent flooding.

Seventy-one percent of our planet is made up of water. So this means that once the islands are done sinking, then the rest of the parts will follow.

It’s not a matter of helping the sinking islands, but helping ourselves. After all, they are in these situation as a result of collective Human activities around the world.

Climate change effects don’t necessary falls on those who engage in activities contributing to the emission of greenhouses gases.

So instead of the superpower countries debating and refusing to understand why they should slow down their developments while the other ones are still enjoying business as usual. It’s time they really gave climate change a serious thought.

Developing countries are already feeling the pain of climate yet they are still very underdeveloped. Most of them struggling to survive and not much thought to developments.

17 thoughts on “Are we having any Islands Sinking due to Climate Change?”