Do you believe in Scientists? 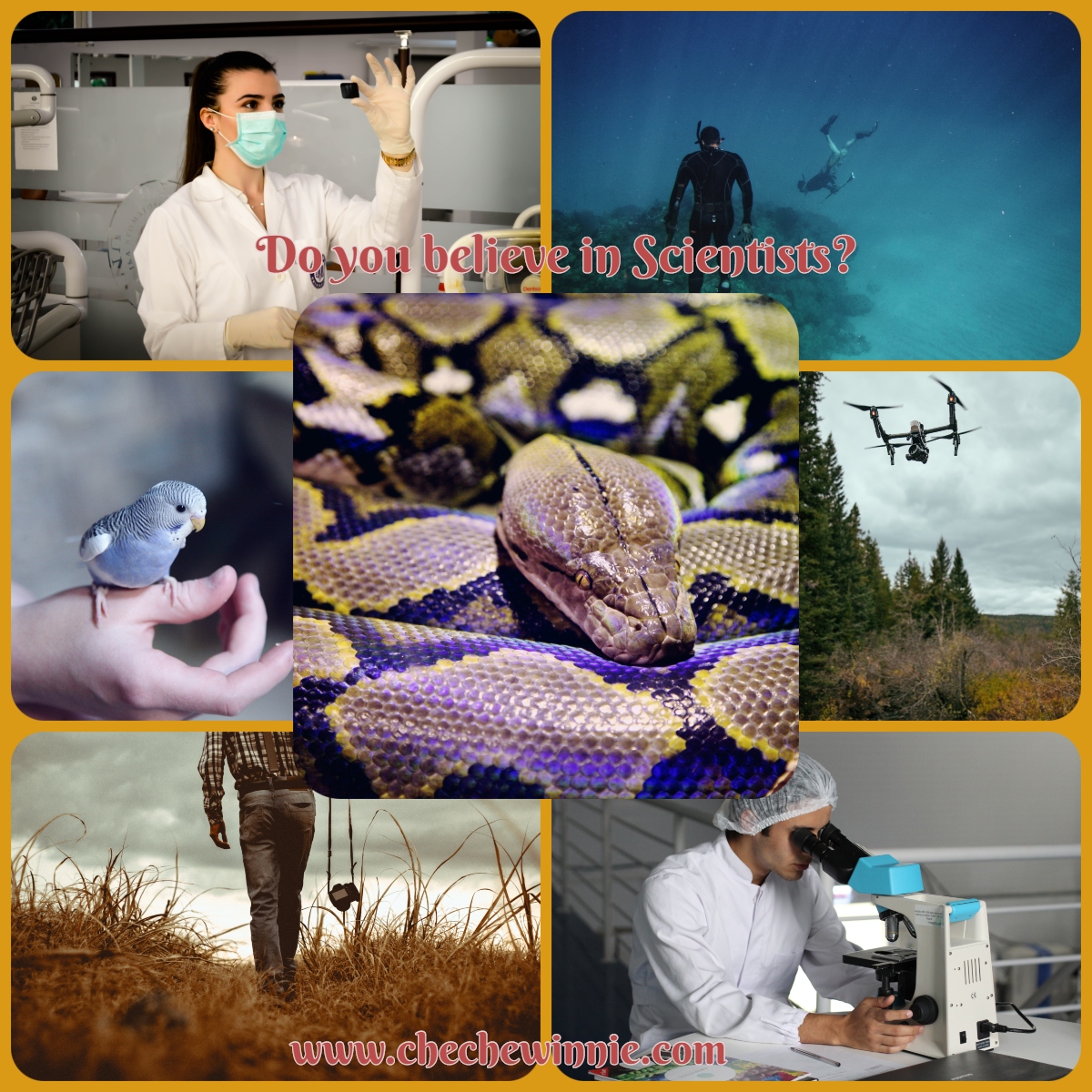 Do you believe in Scientists?

Do you believe in Scientists? Or you see them as different people who scare us with possibilities?

Some time back some people thought scientist was against religion and hence distanced themselves from them. They saw them as obstacles to believing in the higher believe.

But instead, they help us understand things in our planet. We get to understand different cells in our bodies and their functions. We broaden our knowledge on the chemical properties surrounding us. As well as get to have a deeper understanding on all biological structures and effects on us.

Through science, life became bearable and easy to live. We were able to get medicines and stopped dying from diseases that were curable. It also provided means to understand our interconnection relationships better.

Who is a scientist?

It’s someone who conducts scientific research to advance knowledge in an area of interest. It involves careful observation, applying rigorous skepticism about what is observed.

How do scientists assist in fighting climate change and global warming?

Science helps to uncover events we can work on to prevent future damage. They go an extra step into the future and check if things will be okay or we need to adjust to make them better.

Most live one day at a time. Which is a good thing. But not the case in the world of climate change and global warming. We need to forecast how these two will have progressed in the next few days/weeks/months or even years.

With this information, we can be able to eliminate some of our negative actions and embrace what is friendly to our planet.

Scientists proposes an explanation for a phenomena and through indicative reasoning, they get to have a clearer conclusion. They are able to study each of the elements involved in climate change and global warming.

Their experiments helps us to come up with environment friendly practices and policies.

Don’t think its time we involved them in leadership of various projects handed to politicians?

Almost everything nowadays has been politicized. Without necessarily putting into consideration if they need to be politicized.

I don’t know about other parts of the world, but in Kenya, this is evident. Most leaders in various environment related projects are selected not because of what they have studied or know about environment. But due to the political interest and support. That’s why you find leaders in awkward position when things go wrong.

They end up up having to rely on their junior for advice and decision making. And with no enough knowledge, they have no chance of really knowing when they are being misled or duped.

Can we just stop involving politics in things they don’t need to be? Something’s just need deep knowledge and understand , and not empty propaganda brought by politics.

We need a voice that gives facts which are taken seriously and acted upon. If something needs to be fixed, then regardless of what the politics feel about it. Necessary should be done to address it for the good of the Citizens and environment.

Climate change and global warming are serious topics that involves all lives in this planet. It’s effects will not change just because you changed your political party when they stopped giving in to your desires. It does care about what political party you belong to or believe in.

It’s effects affects all of us equally. And all decisions made about them, should be taken seriously and political unbiased.

That’s why i think it will be productive if we left such projects to the experts and not politicians.

We should take their findings seriously and action where we need to. They are simply giving us a chance to undo destruction we have been doing to our poor planet.

Science is fun. Science is curiosity. We all have a natural curiosity. Science is a process of investigating. It’s posing questions and coming up with a method. It’s delving in.

25 thoughts on “Do you believe in Scientists?”