Game counts are one of the activities you get to enjoy as a member of the Friends of Nairobi National Park, and they were no way I was going to miss it. I had just gotten back from Narok the previous night and was pretty tired. The same case applied to my adventure partner, one of my best friends, Liz. When you love wildlife, no amount of tiredness can make you miss such opportunities to be a part of our wildlife welfare.

New buddies for the Game count

We had to be at the park’s main gate by 5:45 am but the event was delayed a bit, African timing is still a problem. We were coupled up with a lovely Canadian couple. They were very welcoming and we were lucky to be with them in such an event.

Marcus, the husband was very funny and social. He kicked off all our interactions making the game count very lively and full of laughter.

We divided roles among ourselves, Liz and Marcus’ wife did most of the spotting and counting, Marcus did the driving while I did the recording.

The block assigned to us was a distance away, it took us some time to get there. On the way, we got to know each other more and wow, we had a lot of similarities. Marcus, Liz, and I undertook the same degree course. We chatted on the subjects we thought were the best back on campus, the parks we had visited so far, and almost everything related to wildlife management. We even tested each other knowledge of the various species of wildlife in Kenya.

Saw a dog roaming inside the park!!

On our way, we were to see a rhino that had died the previous day attracting several carnivores. This also attracted most tourists and wildlife lovers. They all headed this side and waited patiently for more carnivores to show up. As we were passing by, they were no vehicles yet at the spot and we were lucky to spot a spotted hyena that chased away the feeding vultures. But things were different on our way back, they were more than five vehicles parked at this spot. This is one of the problems we create while visiting parks, carpooling causing stress to the wildlife. You could feel the bad feeling inside the vehicle as we passed the place, Marcus could not remain silent, he just made a sad remark on how the carpool sucked to the wildlife. Just past that spot, we met a dog which was very odd. Domesticated animals are not allowed into the park so we didn’t understand how this handsome dog found its way into the park. The dog seemed to know where it was going as it passed us towards the dead rhino.

By 7:40 am we had arrived at our allocated block and started off our game count. Impalas were the first ones to make their way into our records. Our block was characterized by mostly herbivores. Our abled Liz was able to spot two lionesses that we almost missed while busying munching bananas. We reversed to have a good look at them. One of them was collared while the other one was not. We were also able to see several bird species even the migratory ones. Our couple buddies were bird lovers, and you could see it on their faces. They even had bird books to confirm the specific species where the confusion arose.

There were some times when we could see animals from far, only for them to cross over to the other block thus escaping our records. Some positioned themselves in between the blocks making us wait for them to make a move so that we can know whether it belonged to our block or not. Patience is something you get to grow once you start spending more time in the wilderness if you want to really enjoy and appreciate each minute there.

At 11:33 am, we had covered all the corners and counted all the wildlife in our allocated block. We closed our recodings and fully emerged ourselves to enjoy the wildlife. We moved around the park for a game drive to enjoy whatever was not on our block. We found ourselves near the SGR that is being built and meant to pass through the park. The wildlife warriors are still fighting for it not to pass through the park for the good of wildlife. I hope the wildlife warriors succeed in this. Nairobi National Park is located within the capital city of Kenya, Nairobi and these are some of the threats facing it.

After all the fun, it was time to leave the park and head home. 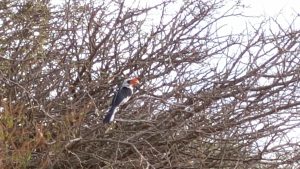 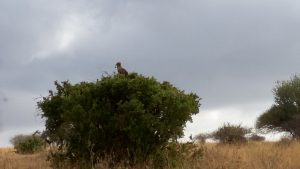 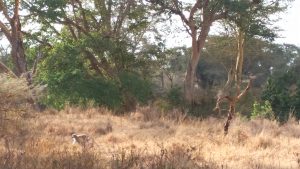 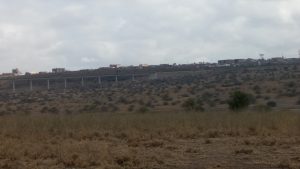 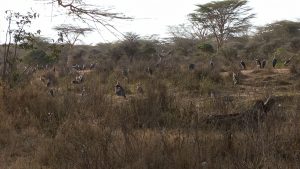 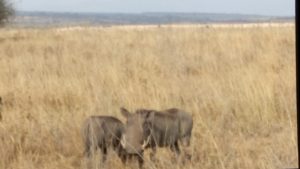