Giraffe : The Tallest Animal In The World 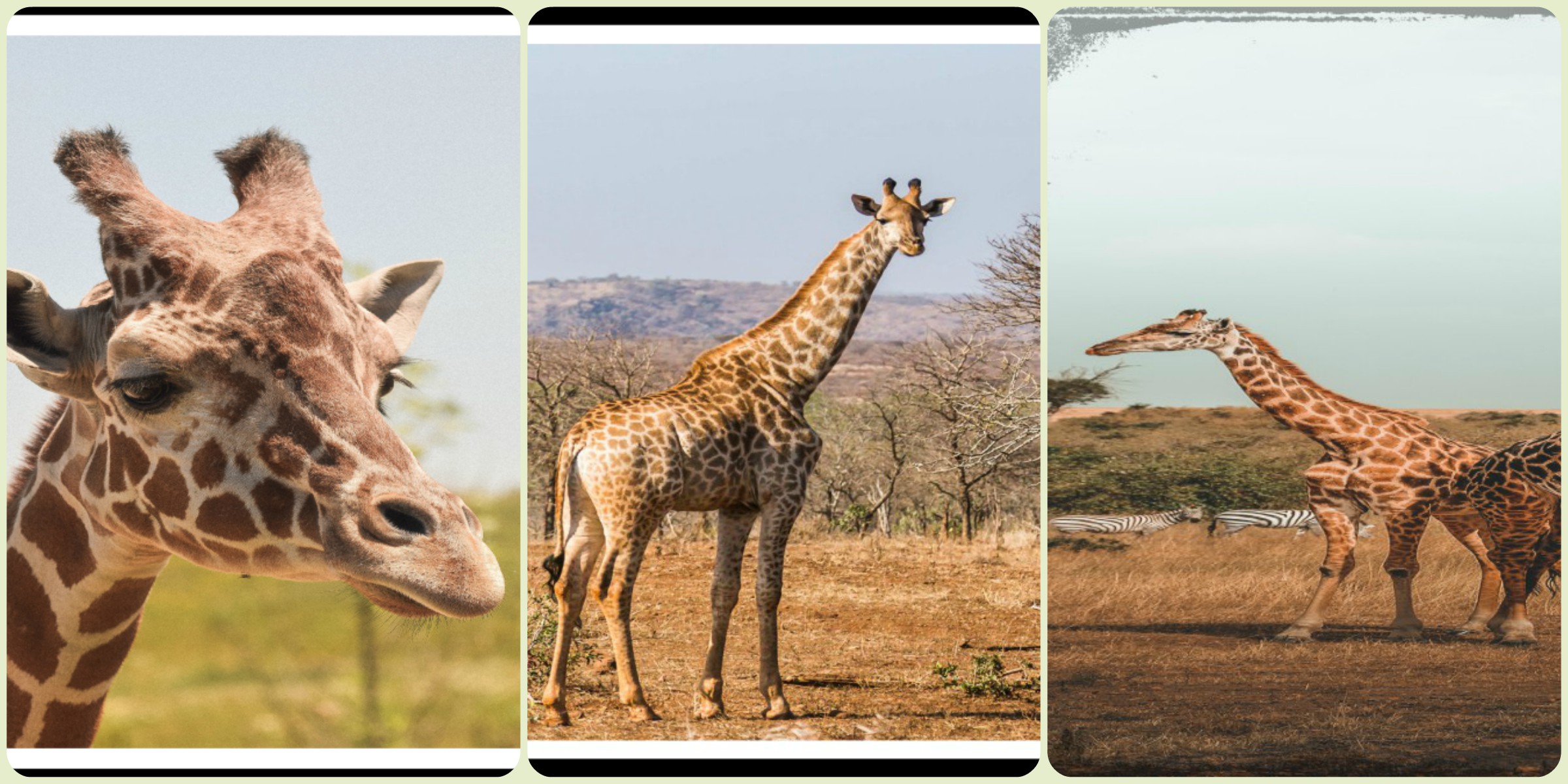 Giraffe is the tallest animal in the world. Their legs alone are taller than most of us. They are amazing animals. And when you across the ones in Kenya. To be specific, in Giraffe  Center. You will get a kiss from them. This is after you feed them some carrots.

They belong to the family Giraffidae and happen to be the largest ruminants. They are mainly found in woodlands and Savannah. They are native to Africa.

Being ruminants, they feed on woody plants. That is their leaves, fruits, and flowers. They mainly feed on the acacia trees. They are browsers and get an opportunity to feed on the plant parts that can not be accessed by other browsers due to height.

Giraffes are social animals and live in herds. The herds may include bachelor males of related females with offspring.
Each female herd has a dominant male. Who is responsible for raising the offsprings. The male has to fight his way to dominance status. The fighting is known as “‘necking”.
Giraffes have strong and very long necks. During the “necking” the weak giraffe gets injured pretty hard. The fight only ends once one of the giraffes concedes. The defeated giraffe ends up alone as he can’t go back to the other males. He is a loser.
The defeated giraffe is the best target for their predators. Since they are already hurt and weak. And no brothers around to boast his protection. Their predators include wild dogs, lions, spotted hyenas as well as leopards.
Giraffe is not easy prey to hunt. This is because of the dreadful kicks that can send the predator t instant death. They are also very strong but not very fast. The predators work in groups to hunt them.

Species and subspecies of giraffes are as follows:

In Kenya, we are lucky to have two species and one subspecies of giraffe. Namely:

So how do you tell them apart

They may seem to have a similar physical appearance. But each species has a very distinct coloring and patterns of their coats.

Despite being the tallest animals. They have “short” ones within.

Subspecies Kordofan giraffe of species Northern giraffe is the shortest in the giraffe family. Rothschild’s too can be considered short. They get up to approximately 4.5 meters in height.
Species Reticulated giraffe is a little bit taller than the Kordofan and Rothschild giraffes. They get up to 5 meters in height.
Species Masai giraffe is the tallest of the tallest. They are the tallest giraffe species reaching a height of 6 meters. That is me almost six times high. Interesting.

They are short race runners hence unable to run for a long time.
Their choice of food allows them to take water once in a while and not daily.
They have to awkwardly spread their legs while having a drink at the sources.
They sleep while standing. And are light sleepers, 10 minutes to 2 hours sleep is enough for a day.
They have horn-like structures on their heads. These structures are known as ossicones. The males use them while fighting each other.
They spend most of their time eating since they have a huge demand for food each day. This helps them to be able to eat a whole of approximately 45 kilograms of leaves. That tall huge body needs to be well maintained.

They walk by moving both legs on the same side of their body together. This explains why walking posture is similar to a cat walking model.
They have a life span of 25 years in captivity and approximately 25 years in a controlled environment.
Their gestation period is 15 months and gives birth to a single baby. They give birth while standing. So the baby practically drops almost 2 meters down into this world. What a start.
They have a symbiotic relationship with the oxpeckers. The birds feed on the parasites found on giraffe’ bodies.

7 thoughts on “Giraffe : The Tallest Animal In The World”