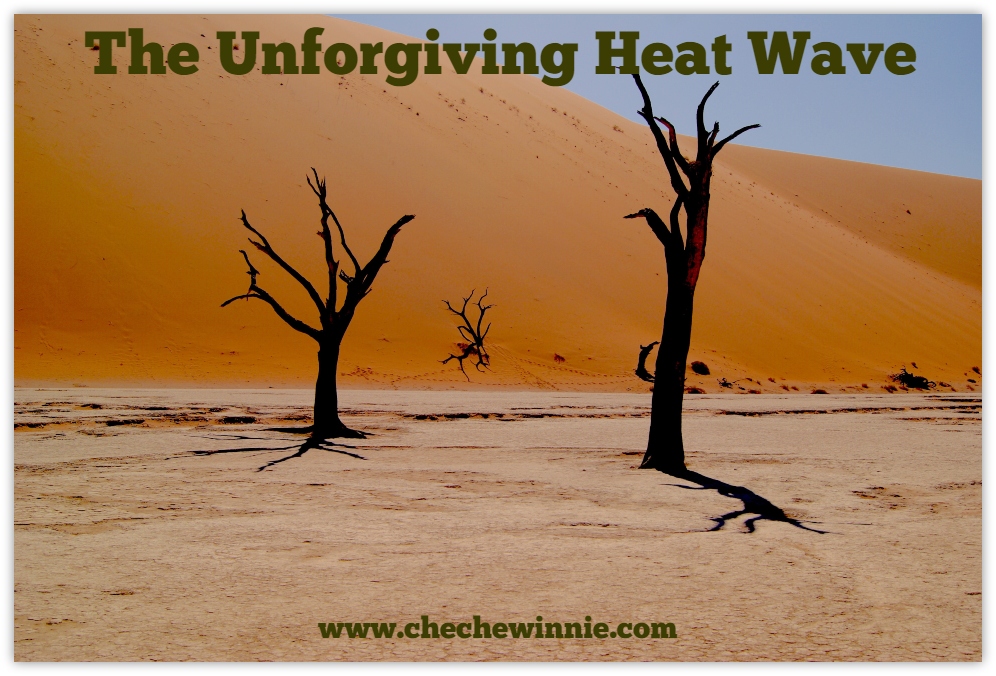 The Unforgiving Heat Wave has been felt in many countries in different seasons. And it is really depressing to see humans and wildlife subjected to very high temperatures.

It’s even worst when it is their young ones, who have no idea why everything and everywhere is so hot.

Personally, I love cold seasons. I wouldn’t mind rains and cold for months.

It is a prolonged period of abnormally hot weather.

In Kenya, we joke about it by saying that the sun came with the wife and kids that particular day. So it is basically more that one Sun. Or we say that the sun has moved closer to the Earth.

The thing is, we are told. The higher you go, the cooler it becomes. So I don’t understand why we tend to think that hot weather maybe has been caused by the sun coming nearer to Earth.

Just like the bigger picture, climate change, we get to experience the excessively hot temperature over a period of time. It’s like we have been placed inside an oven.

During these times, we are also advised on the health measures to ensure we stay safe. Which are very important to adhere. From drinking lots of water, staying indoors especially when the sun is hottest, appropriate clothing, foods to eat, and not forgetting to extend the same to our pets. Don’t take them for a walk in the burning streets. They need protection too.

Wildlife has developed mechanisms to survive this, until when exposed to wildfires. That end up consuming their habitat and some of their members. It is very sad seeing poor wildlife going on fire, and helpless running around confused. It is very painful to even imagine.

All these are contributed by the changing climate. And if these temperatures keep rising, we may end up being roasted by it.

We might develop our economies to the best levels, but where will we enjoy them. If the Earth is experiencing these life-threatening heat waves.

We are no longer securing it for the future generation, but ourselves. The rate at which climate is changing, it will only take a few years to turn things upside down, if we continue to debate whether or not to act on climate change.

Time to act, is NOW.

2 thoughts on “The Unforgiving Heat Wave”