Does is It Make Sense? 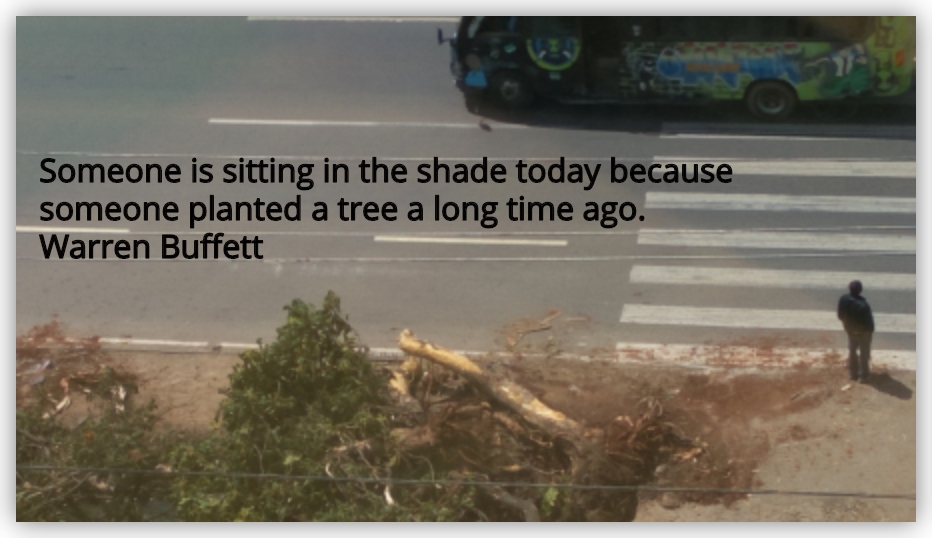 Does is it make sense to clear the indigenous flora species and replace them with the exotic ones?

In most cities, beautification process is including plantation of various flora species. Which is a good progress. Beautification does not have to be confined in monuments, bill boards, cemented path ways, among others.
Flora bring a sense of life in our highways and cities. They reduce the impact of the scorching sun. As well as offer us beautiful view to enjoy as we transit.

But I have one problem with the flora species that they are planting. Why would they destroy the indigenous species and replace them with the exotic species.

Most of the flora species being used for beautification are mainly the exotic species. As much they may seem more beautiful than the indigenous one. They do have a lot of cons that are avoidable.
Exotic species will take some time to adapt to the new environment. Needing extra care and responsibilities for their survival. Sometimes they eventually die despite all that care. They are expensive to maintain.
Why do the governments go ahead to misuse public funds in such projects that most of the time fail. Especially in Kenya, a country handicapped with other monsters such as corruption. Millions are wasted in ridiculous beatification projects that keep failing over and over again.
The sad thing is that we don’t learn from our mistakes. We just keeping redoing in. We destroy the indigenous flora species that have been present over the years. Flora species that didn’t need the much needed attention and resources to maintain.

What if we just trim the branches instead of cutting the trees down. Almost all our highways have no trees. They have been cleared to make way for developments and “beautification”.

It really pains me when I see very strong trees being cut without even consideration. And I wonder before they decided to cut those trees down, did it cross their mind that they would do whatever they want without having to do away with them.
Those trees have taken years to be where they are now. Not forgetting all the benefits that they offer. Do they deserve to just be cut down and no one cares about it.

What if we start planting the indigenous shrubs and flowers? As opposed to the exotic flowers and grass that keep dying after few months.

I believe all flora species are capable of bring beauty. You just have to introduce them to the environment they are adopted to.
If we really have to plant the exotic species. Then we have to do our homework right. To ensure all parameters are considered. Because not all exotic species are harmful.

Lets learn from the Masai community

Masai community is one of the communities that still hold tight to their cultural values. They have managed not to be corrupted by the urbanisation. They still value and respect their cultural values. And as a result, they are respected and admired worldwide.
We can simply see them as indigenous community. With that in mind, do you see the importance of maintaining indigenous state.

Indigenous is original and priceless yet of great value. No hustle and easy to relate to.

This also applies to our home gardens

Plants too can be ”pets”

Not everyone does so well with animals around. Or maybe apartment rules don’t allow presence of pets.
Your house can have some companion of plants. There are various flora species you can choose from. They are easy to maintain. Allowing you a connection as you water them and ensure they get enough sunlight and nutrients.

1 thought on “Does is It Make Sense?”